The Queen looked elegant in a turquoise blue jacket and floral skirt as she visited a craft sale at a church near Balmoral Castle today.

Queen Elizabeth II, 93, was full of smiles as she greeted well wishers outside the Braemar and Crathie sale of work.

As well as home baked cakes and childrens’ games the event at Crathie Kirk Hall – where the royals often attend church when in Scotland – this afternoon featured jewelry, gifts and bric a brac.

Her Majesty completed her bright summer look today with a blue hat to match her jacket and also donned an elegant pearl necklace and small pair of pearl stud earrings. 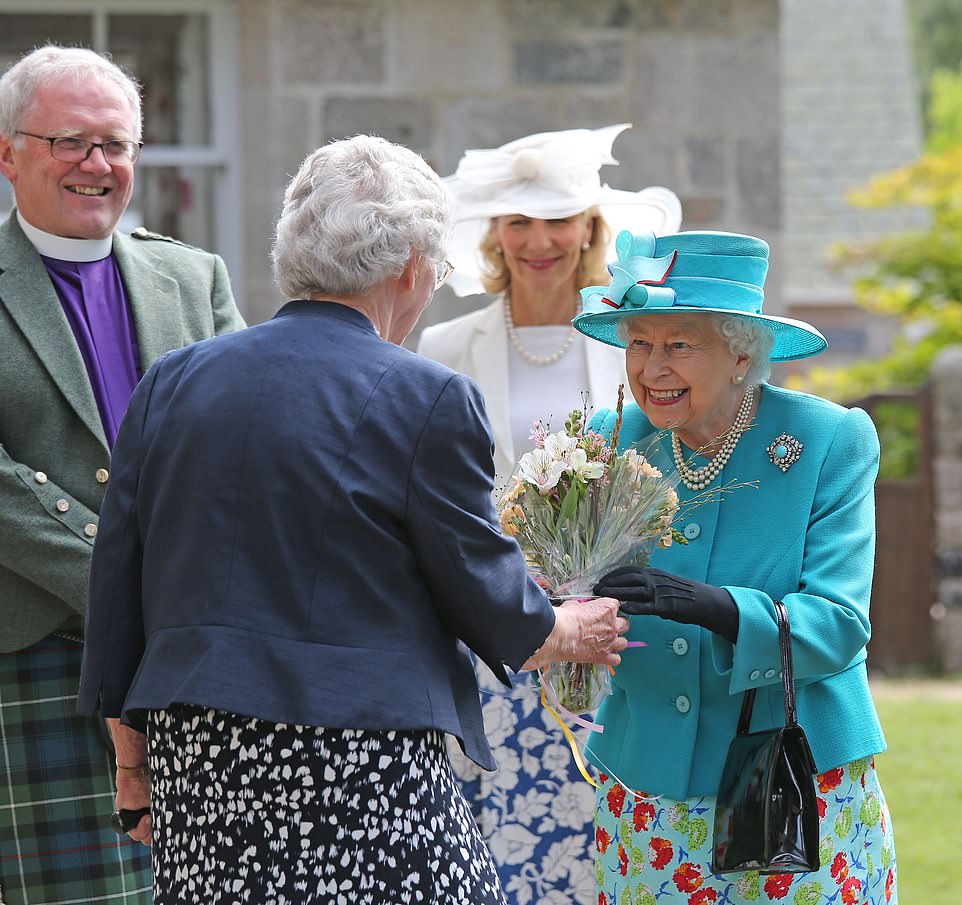 Queen Elizabeth II, 93, was full of smiles as she greeted well wishers and accepted flowers at the Braemar and Crathie sale of work today 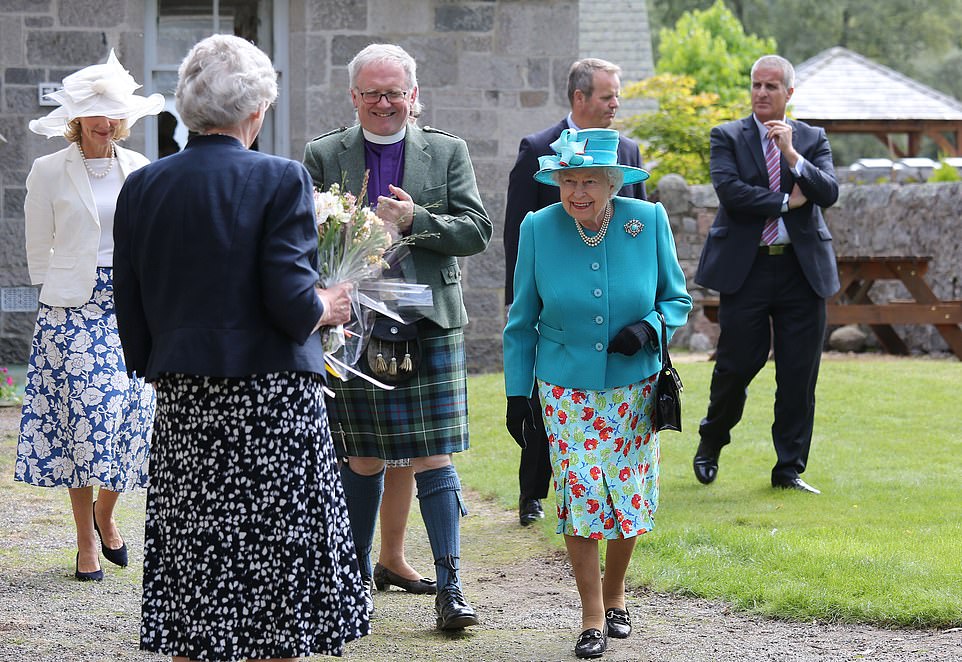 Her Majesty opted for a turquoise blue blazer and floral patterned skirt for the community event today. She completed the look with a matching hat and black accessories which included a bag, flat shoes and gloves

Adding a little bit of glitz to her outfit, Queen Elizabeth opted for a silver and turquoise broach which she wore on the left side of her fitted blazer.

As for her accessories, the Queen decided to wear black donning dark gloves, flat shoes and a sensibly sized square handbag – perfect to store any small crafts purchased from the fête.

Well wishers at the community event today gave the Queen several bouquets of flowers as she attended the fair while some were seen snapping pictures of the monarch as she smiled at the crowd outside the building.

The parish of Braemar and Crathie is set in the Cairngorms National Park and since 1979 Crathie Kirk has been linked with the Church in Braemar. The combined Parish covers over 180.000 acres.

The Queen is currently enjoying her fourth week at Balmoral Castle which is 6.8 miles east of Braemar and is one of two personal and private residences owned by the royal family.

Last weekend her Majesty was joined by family members including her sons Prince Andrew and Prince Charles as well as her granddaughter Princess Beatrice and daughter in law Camilla for a church service at Crathie Kirk. 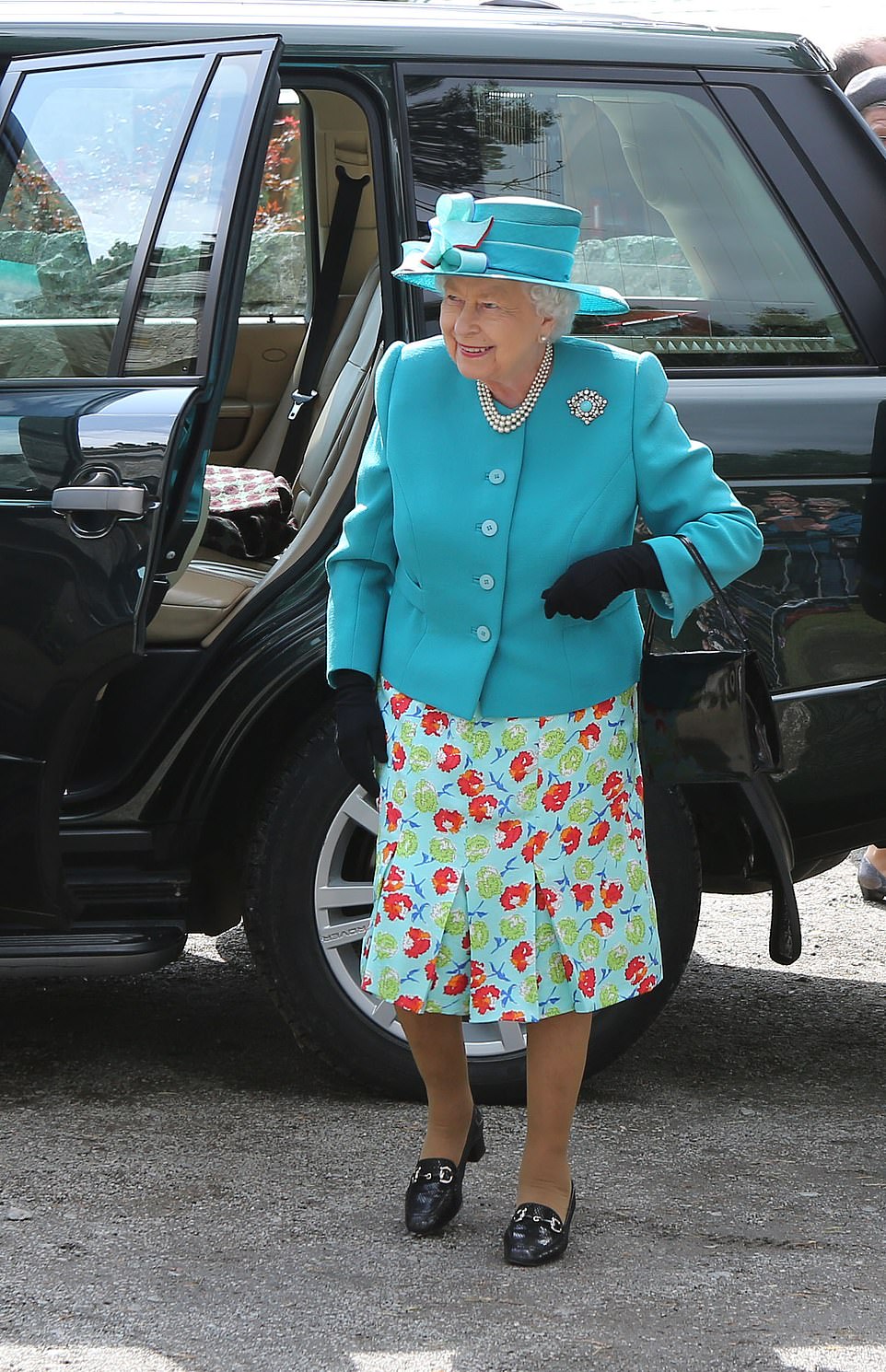 The Queen donned her pearls for the trip out this afternoon and it did not appear as if any other members of the royal family joined her. The event at Crathie Kirk Hall featured jewelry, gifts, bric a brac and home baked goods 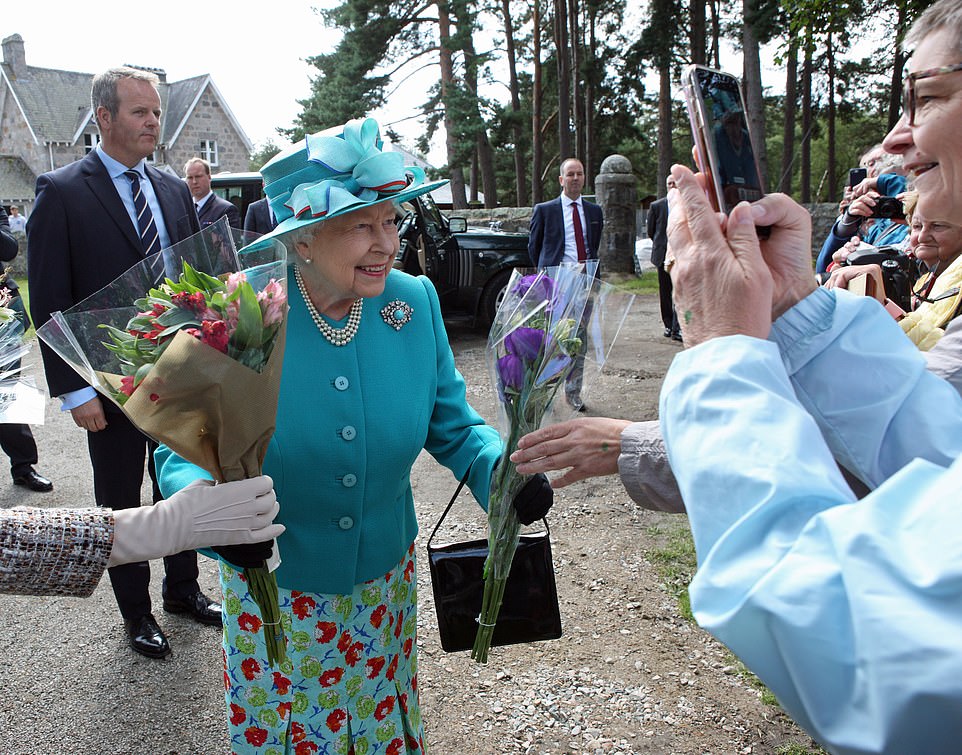 Prince Andrew has faced renewed scrutiny over his friendship with paedophile financier Jeffrey Epstein who was found dead in his jail cell last Saturday, this week.

Epstein, a former friend of the Duke of York, hanged himself in his New York prison cell last weekend just hours after explosive new documents emerged detailing his depraved activities.

Every year The Queen spends the summer break at Balmoral, where she is joined by other members of The Royal Family.

On Wednesday the Queen and Prince Philip had lunch at Balmoral with their grandson as Prince Andrew and Fergie jetted off to Spain amid continuing controversy over his links to Epstein. 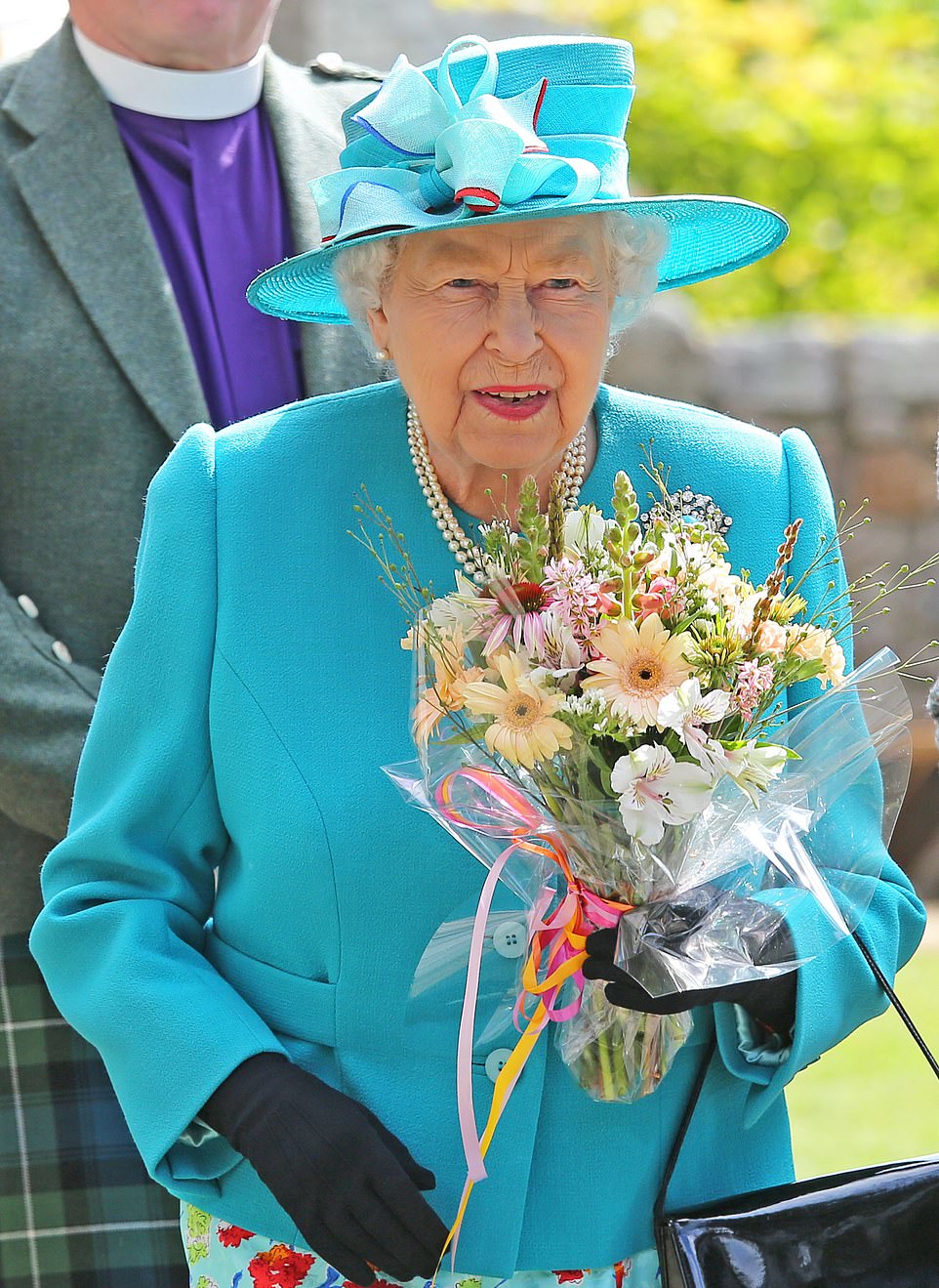 The monarch was seen wearing a Balmoral Tartan skirt and quilted jacket for the family gathering, where she was joined by her 11-year-old grandson, James, Viscount Severn.

It came just a day after Prince Andrew left the Aberdeenshire estate as he came under renewed scrutiny over his friendship with Epstein, who was found dead in his cell on Saturday.

It later emerged the prince has gone to Spain for a holiday with his former wife Sarah, the Duchess of York, with the pair spotted touching down in Malaga yesterday afternoon.

The Queen’s youngest son Prince Edward, 55, and his wife Sophie Wessex, 54, were also thought to be present at Balmoral this week.

This year the traditional grouse shoot, which is an annual fixture in the royal calendar on the Queen’s 50,000-acre Scottish estate, has been called off. It has been cancelled due to a fall in bird numbers.

Shooting grouse is relished by the Royal Family on their summer holidays at Balmoral but heavy snowfall at the end of last year – followed by a dry and humid start to this summer – has reduced game bird breeding.