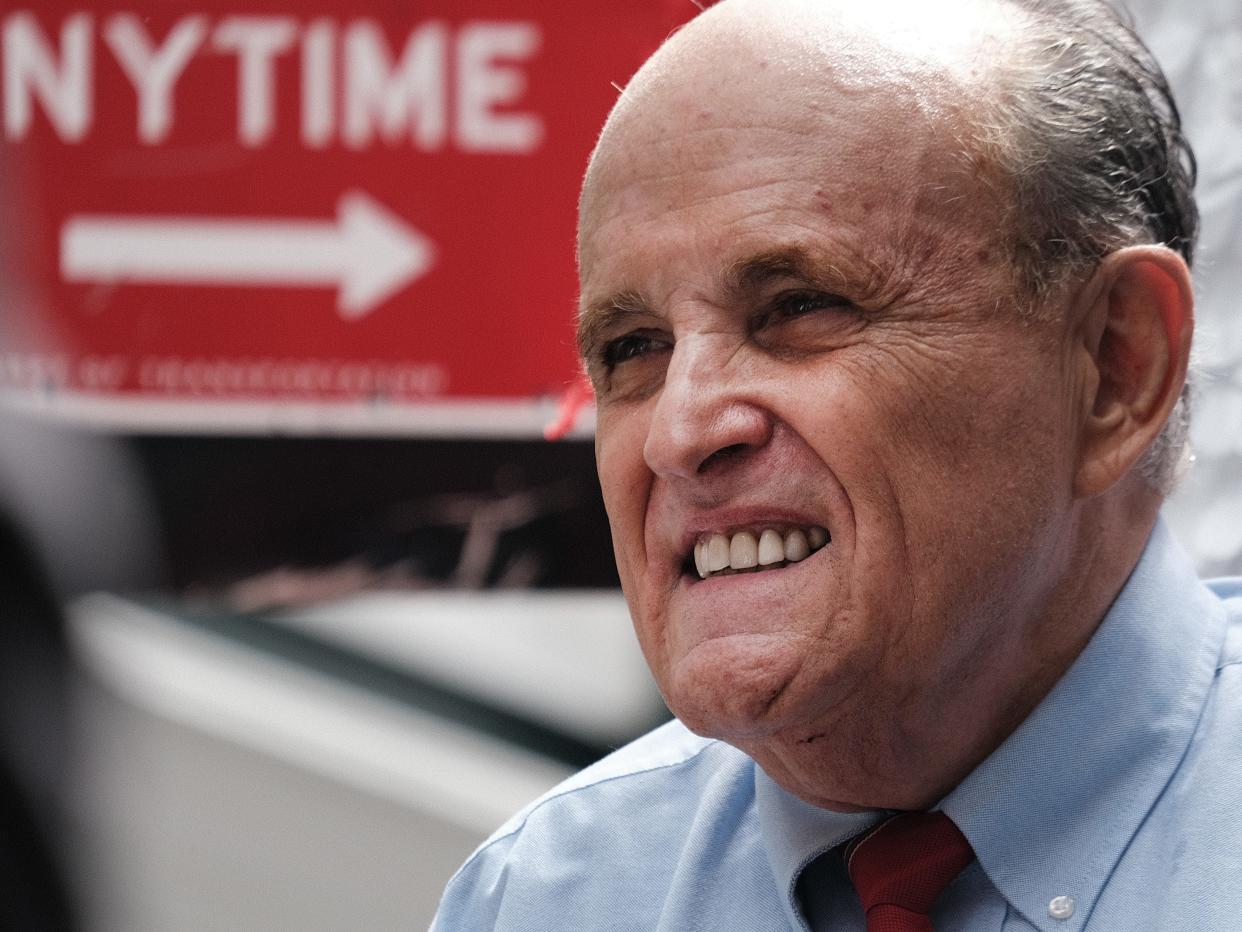 The man accused of assaulting Rudy Giuliani at a Staten Island ShopRite will have the charge dropped in six months if he does not violate the law within that timeframe.

CBS reported on Wednesday that the Richmond County district attorney's office case had been adjourned in contemplation of dismissal. This means that Daniel Gill — a ShopRite worker who was suspended from his job after the encounter with Giuliani in June — will not be penalized if he stays out of trouble with the law for six months, per CBS.

According to CBS, Assistant Richmond County District Attorney Darren Albanese said in court on Wednesday that Gill had "violated a basic social contract which is a lesson taught when we are young — keep your hands to yourself." However, he added that it was "extremely difficult" to prove that Gill caused physical injury to Giuliani by slapping the latter on the back.

"As we have maintained since earlier this year, Daniel Gill, who had no prior contact with the criminal legal system, did not commit any criminal act, and this outcome, which will ultimately dismiss the case in its entirety, reflects that reality," said The Legal Aid Society on Twitter on Wednesday. The group is currently representing Gill in the case.

"I mean, suppose I was a weaker 78-year-old, and I hit the ground, cracked my skull, and died," Giuliani told Sliwa.

However, footage of the incident released by the New York Post did not appear to show Giuliani lurching forward or losing his balance after the slap. The video also appeared to show Giuliani standing upright and pointing at the man.

ShopRite's parent company said Gill had been "suspended pending termination" over the matter. While Gill was initially arrested on a felony charge of assault in the second degree, he was later released without bail on a reduced misdemeanor charge. The Legal Aid Society said that Giuliani had exaggerated the incident.

Giuliani did not immediately respond to a request for comment from Insider.