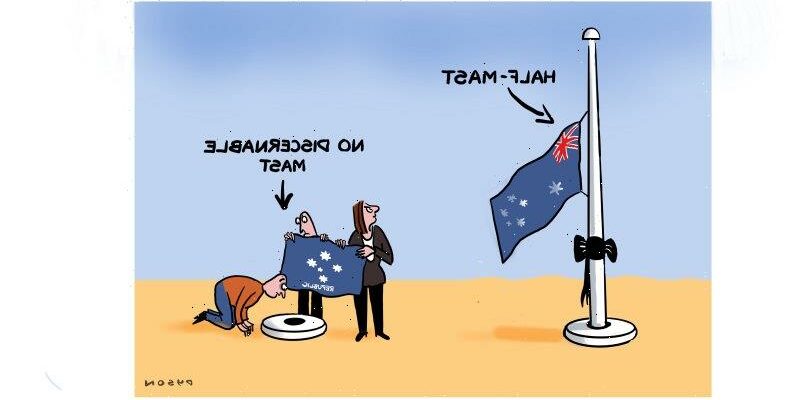 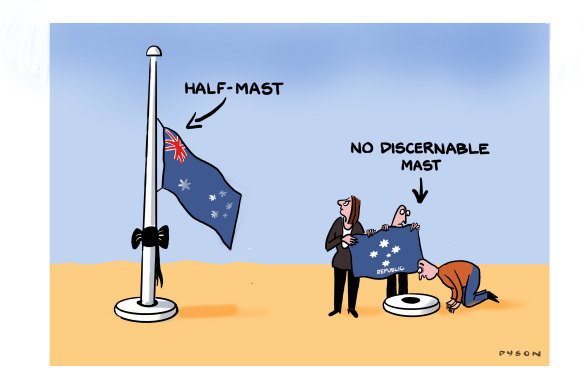 The importance of rituals

In my work as a bereavement counsellor, it is widely known about the importance of ritual. Rituals can be personal or public, can be simple or grand as they allow us to do something when we are at our most vulnerable and often lost for words. Rituals enable us to express our grief and remind us of the importance of our loved ones, and allow us to put into actions the often unspeakable feelings of loss. Rituals can be designed to specifically express the uniqueness of the person and can allow for an open display of love and memory. Rituals help when grieving as the feelings can be named and recognised.

The rituals we have seen in these past weeks and now experience with the death of our Queen help people to mourn and be comforted.
Julie Ottobre, Forest Hill

All born equal? Hardly
Can we please stop trotting out the notion that “we are all equal from birth” (“First among equals”, Letters, The Sunday Age, 11/9). All societies have their own version of jobs for the boys, the greasy pole and the wood pile.

The status quo of social inequalities in Australia should it become a republic will remain unchanged. Blame accidents of birth and human nature. Becoming a republic will not be a cure-all.
Pam McConnell, Boronia

ABC goes over the top
It is unbelievable that the ABC could send 27 personnel to the UK to cover the Queen’s death. Our current economic conditions with a big budget deficit looming for years to come just doesn’t jell with this extravagant expenditure. The coverage has quite frankly been over the top and overplayed.
Roger Christiansz, Wheelers Hill

Roll on the republic
It seems to me that new forms of government legitimise themselves by reference to what they replace: monarchs are crowned by high priests and presidents tend to rule from former imperial palaces. In our case, the only function of the monarch is to appoint as governor-general the person nominated by the prime minister.

The royal soap opera may have been an embarrassment from time to time, but the monarchy has been a benign relic of the past, and until now I have seen no reason to change the system.

But to see the new monarch proclaimed in pompous ceremonies as “King of Australia” and to see our members of parliament swear allegiance and obedience to him jars with me. That is not democracy and that is not who we are.

We deserve no less
Peter Hartcher’s chronicle of the meandering steps taken by the major parties to implementing a federal corruption watchdog – “[hiding] their own dodgy conduct behind the fig-leaf fiction that corruption only occurred at the state level” – is spot on because until now, the totality of wilful blindness on a federal level has been epic (“Breaking through on corruption”, Comment, 17/9).

Indeed, as Hartcher astutely observes, “the cost of years of delay was that the rot got worse” and federal politicians became emboldened to do more of the same by treating us like mugs.

That is, until the Coalition’s goose was cooked at the last federal election. The Albanese government has since been put on notice to restore integrity (be transparent and accountable) to the federal parliament and public service post haste.

We can take our time
If we are going to discuss a republic again, it behoves us to remember John Howard’s dishonesty in giving us a referendum designed to fail in line with his desires. If Australia chooses to be a republic, it does not have to be achieved overnight.

Step 1 should be a referendum with the simple choice: Do you want a republic? Yes or No. (A second question could be: If a republic was agreed upon, would you support either a parliament-appointed president or a popularly elected one?). If not, that’s the end of the process.

If the answer’s yes, then as much time as needed should be spent with subcommittees examining a wide variety of models before going back to the electorate with the choice of two or three of the best models.
This process could be repeated as often as necessary to obtain a consensus and this is not time critical. This way, if we want a republic, we will get one that the large majority of voters want.

And remember, an Australian republic can choose to remain a member of the Commonwealth of Nations – or not.
Les Aisen, Elsternwick

Vale Allen Aylett
Allen Aylett was the ultimate leader and change agent who single-handedly took Australian football from the 19th century to the 21st century without upfront support from key players in the industry (“Aylett, a football giant, dies at 88”, Sport, 17/9).

His visionary pursuit of a national competition and the establishment of an independent commission were amazing achievements. Unfortunately, in recent years, his efforts have not been fully recognised.
John Hennessy, Montmorency

A fiver on Bob
I think it would be a splendid idea if Bob Hawke’s face was printed on a new $5 bill. We could then refer to it as a five Bob note.
David O’Reilly, Park Orchards

Gay Alcorn sends an exclusive newsletter to subscribers each week. Sign up to receive her Note from the Editor.