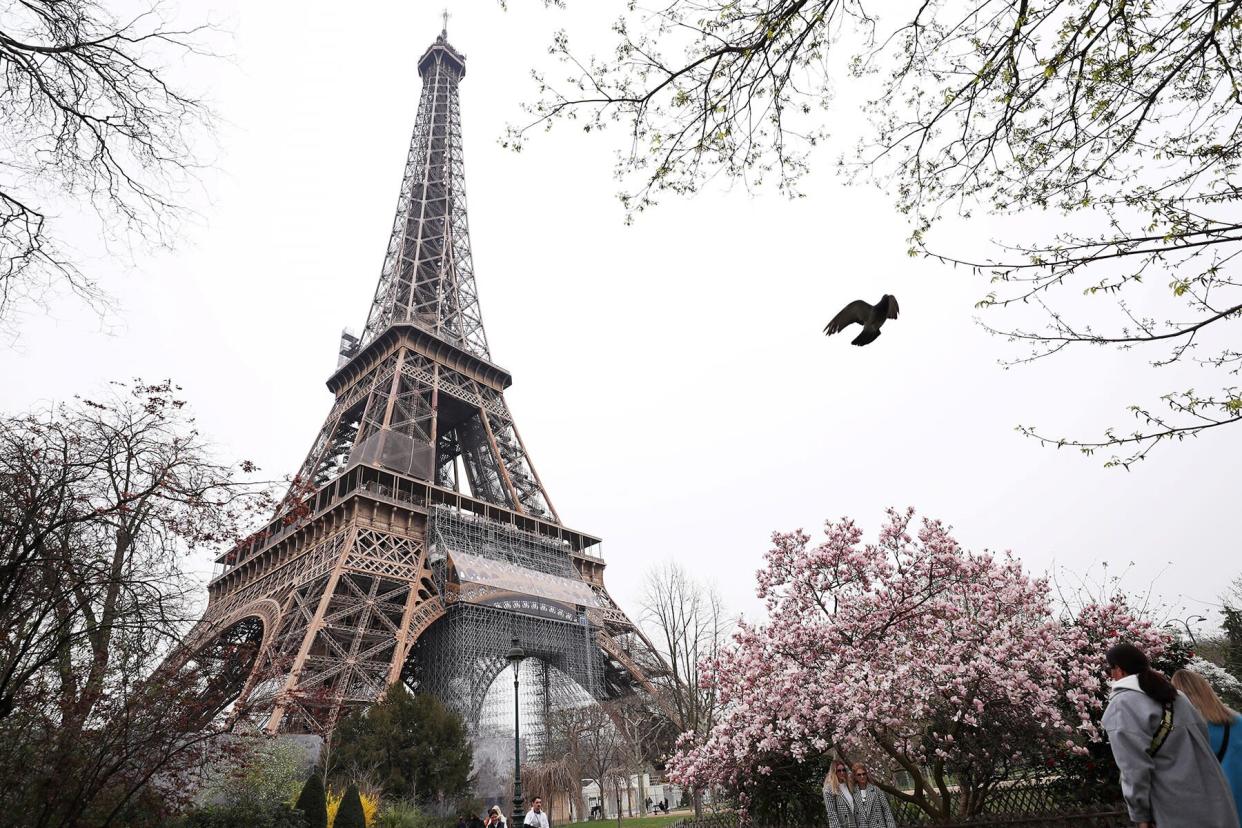 A 6-meter-high antenna was installed on top of the Eiffel Tower in Paris this week, making the iconic landmark just a little bit taller.

The antenna, which is just under 20 feet high, was installed with the help of a helicopter on Tuesday morning in an effort to improve digital radio coverage, according to a statement from the landmark. It brings the total height of the tower to about 1,083 feet.

"March 15, 2022, marks a historic date for the Eiffel Tower, which has always played its part in major innovations in radio and television," the statement said.

The Eiffel Tower has grown since it was first built in 1889 and dubbed the "300m Tower," coming in at 1,024 feet thanks to a large flagpole placed on top flying the French flag. By 1924, the flag pole had changed to television antennas and meteorology equipment, and in 1957, new live broadcasting dishes and transmitters were added to bring the tower to 1,050 feet.

Then in 2000, an Ultra High Frequency antenna was installed, changing the height of the tower again and bringing it to 1,063 feet high.

While the Eiffel Tower dominates the Parisian skyline and remains an iconic site to this day, it is not the tallest building in the world. That honor belongs to the Burj Khalifa in Dubai, according to the Guinness World Records, and comes in at just over 2,716 feet. In fact, it's almost three times the size of the Eiffel Tower.

The Eiffel Tower's latest achievement comes as France relaxed its border restrictions for American tourists, re-classifying the United States as a "green" country and allowing both vaccinated and unvaccinated travelers to come. France has also lifted mask rules and suspended its vaccination pass that was previously required to access public places like restaurants and cafes as well as ride long-distance trains.

For its part, the Eiffel Tower reopened to the public in July 2021 after a 9-month pandemic-related shutdown, the longest closure since World War II.

Alison Fox is a contributing writer for Travel + Leisure. When she's not in New York City, she likes to spend her time at the beach or exploring new destinations and hopes to visit every country in the world. Follow her adventures on Instagram.