Paris: One of the most pleasurable aspects of the French capital is the frequency with which visitors stumble upon magnificent gardens providing rest and resuscitation, and even sport and art, to reinvigorate the soul and break up the big city flow.

Like much of France, Paris is peppered with beautifully designed and well supported green spaces – from the magnificent Queen Catherine de Medici’s Jardin de Tuileries and Napoleon III’s Bois de Boulogne, to neighbourhood gardens growing herbs and flowers on any available land. Even on roundabouts (country towns are known for showcasing their local industries on these) and beside railway tracks, gardens flourish.

In the Jardin de Luxembourg in the sixth arrondissement (Paris suburbs are arranged by number), on the border of chic Saint-Germain-des-Pres and the vibrant Latin Quarter, there sits a different kind of living monument to France's passion for the natural world: a large apiary. 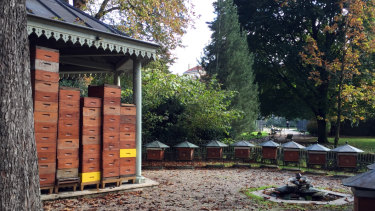 It is hard to imagine many Australian city councils risking the peace (not to mention allergies) of playground toddlers and fresh-air-seeking senior citizens by providing a home for such a large number of bees. Yet here, in the middle of a city park in Paris, this celebrated 163-year-old apiary thrives.

At least two urban Australian parks, Sydney's Centennial Parklands and the Royal Botanic Garden, have beehives but their ''evangelist'', Doug Purdie of the Urban Beehive, tells me they are not signposted so as not to attract too many visitors. He says it took two years to convince the parks to approve the hives.

Apiculture is permitted in some of Australia's national parks, including in Victoria, under strict conditions set by departments of environment and or agriculture but Purdie says "governments in Australia are more risk-averse than the rest of the world. Here it's against the [beekeeping] guidelines to have beehives close to schools, hospitals and public spaces." 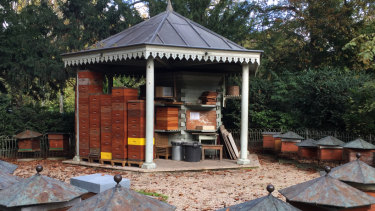 An apiary has greeted visitors to the Jardin de Luxembourg in Paris for 163 years.Credit:Lia Timson

The apiary in the Luxembourg Gardens was built to operate as the first beekeeping school of the Apiculture Economy Society, founded in 1856. Its aim was in fact to popularise beekeeping by ''improving and extending bee culture … and fighting defective theory and practices through experience and sound data''. It also served to extend the rural economy to the centre of Paris.

Its original structure catered for some 20 beehives as well as storage for tools and teaching aides, and space for auditors to study the progress of nature's hardest workers. 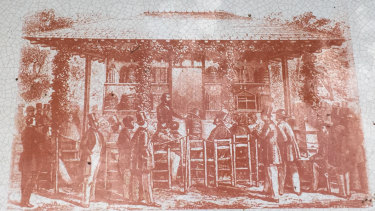 Its founder, Henri Hamet – considered the father of French apiculture – was a primary school teacher and journalist who wrote the first French practical manual of beekeeping, containing the lessons he administered at the apiary.

Today, the facility, rebuilt in 1991, houses about three times the bee colonies it did in the
19th century.

It is well signposted. Nearby the young and not so young play boules, and only 100 metres or so further away, a paid playground teems with schoolchildren on a two-week break. 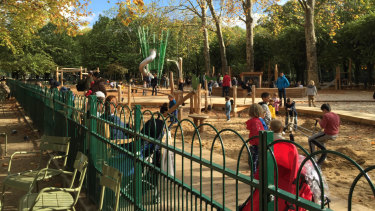 Children enjoy the Luxembourg playground on their school holiday.Credit:Lia Timson

The apiary's honey is harvested and sold at the society's annual Honey Festival, held in the park in September when aspiring beekeepers can also enrol for classes, just as Hamet intended.

The French love all insects and the role they play in nature. Another display of their dedication to little beasts are the ''insect hotels'' they build for them. These odd-looking structures – stands with a roof and shelves, each stacked with the different woods and leaves preferred by various insects – are found peppered throughout French cities, Paris included. 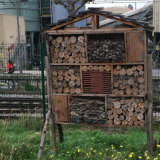 ”Insect hotels” are common on public land throughout France. Here, one stands near a railway line, a few metres from the Seine River in Paris.Credit:Lia Timson

Four years ago, the government introduced a three-year €40 million ($64 million) program to save the beekeeping sector and address bees’ health issues, given their essential role in agriculture and the environment.

Whether as a direct result of the program, or a general increase of awareness in all things environment-related, Paris is currently experiencing an avalanche of beehives. A recent article titled ''Stop putting hives everywhere!'' in France Inter complained that the number of colonies in the city had ballooned from 600 in 2016 to 1500 today. That’s about 15 apiaries per square kilometre, when the ideal would be one. Even the building where that publication is housed, Radio France, has six hives.

The article quoted Isabelle Dajoz, a researcher at Paris Diderot University, as saying that the more nearby flowers were visited by new colonies’ domesticated bees, fewer wild bees would frequent the neighbourhood, dramatically reducing biodiversity. She recommended rethinking the beehive-everywhere trend, and even perhaps removing some of the hives.

Monsieur Hamet might have had an opinion on that.