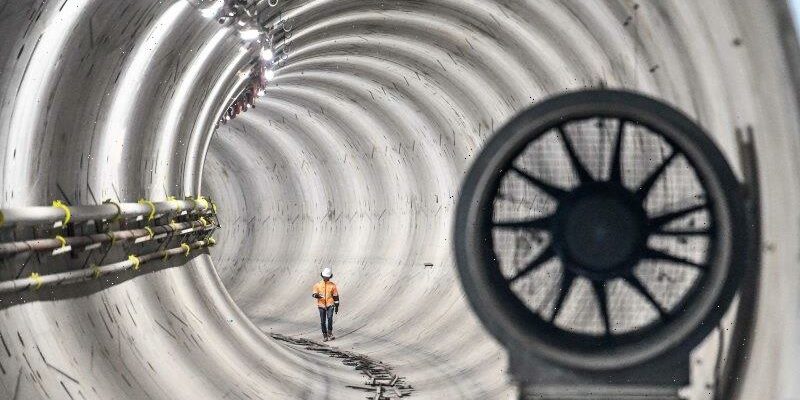 Many exciting events made headlines last week. Victoria fell victim to the Adelaide virus, Belarus cemented its place in the Top Ten Dictatorships list, and the Prime Minister’s chief of staff could not tell Senate estimates who or what he was investigating months after he was given exactly that task following Brittany Higgins’ revelations.

Sir Joh Bjelke-Petersen would be proud. 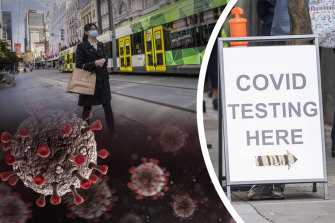 Victoria went into lockdown again after a COVID-19 breach in South Australia’s hotel quarantine spread into the community.Credit:Jamie Brown

And to make things even weirder in the national capital, the $600 million allocated to a just announced gas power station in the Hunter could not be found in the just announced budget.

Closer to home, the state Treasurer could not provide any details of a key ingredient of the state budget. Apparently, no one knows precisely how a new windfall tax on property is to be calculated and charged.

And in a delayed finding last week from the Australian Communications and Media Authority, our all-time favourite shock-jock Alan Jones was busted – again – because back in 2019 he did not tell his audience that what he was saying on the radio happened to align with the interests of his program’s sponsors.

It was found that Jones had not disclosed that Star Casino was paying his radio station at exactly the same time as he was trying to bully the NSW government into granting Star planning permits for their new project. 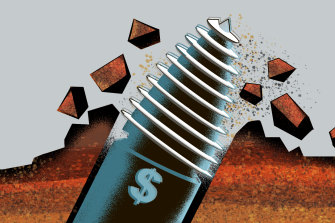 But another major milestone happened last week, one that will have impact long after many of those other significant moments have been forgotten. Although COVID and the lockdown dominate today’s thinking for obvious reasons, something far more boring will be of more lasting significance. And I mean boring, literally.

When the COVID epidemic is only relevant to historians and epidemiologists, something else that happened last week will shape the life of the city for generations.

When completed in a few more years, this project permanently transforms Melbourne.

A quick reminder is worthwhile. John Brumby went to the people in 2010 offering a cross-city underground rail link. It was to join the south-eastern suburbs to those in the north-west, along the way linking the main hubs north of the city – the hospital and university precinct in Parkville and the airport – to the CBD and the south-eastern suburbs, whilst also providing a long-needed St Kilda Road rail connection. It was brilliantly conceived. 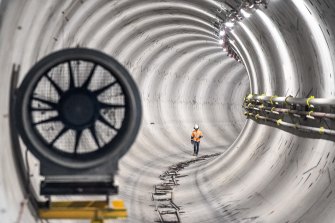 Brumby narrowly lost that election, Ted Baillieu won and immediately set about re-imagining the “shovel-ready” project. Why? The Liberals wanted the alignment changed to provide for different stations, including one that connected the casino and convention centre to the underground network, even though it is but a two-minute walk to Southern Cross or Flinders Street stations. Planning started afresh, and for four years there was zero progress.

Upon the Andrews team being elected in 2014, the Baillieu/Napthine version was scrapped, the original Brumby project revived and now it is more than half done. 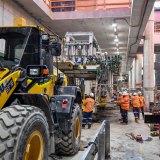 It is not just an engineering breakthrough that was celebrated last week. Alongside the tricky technical removal of rock and soil, there was the removal of a dispute over money.

Major projects always cost more than is budgeted – anyone who has ever renovated their home knows all too well how every tiny change has massive cost implications. Magnify that a million times and you can understand how easily government infrastructure projects get out of hand.

The rail tunnel contractors had claimed a cost over-run with the state government of around $2 billion. The dispute was threatening to derail [sorry] the works. But with almost no publicity, and certainly no razzmatazz, it was quietly and commercially resolved, with the additional costs split 50/50 between the state and the builders.

The 2021 state budget papers claim that across 164 “Big Build” infrastructure projects, there is overall a 3 per cent cost over-run. This needs to be closely scrutinised – and will be, no doubt, when parliamentary committees get down into the detail.

But if indeed it stands up to scrutiny, then it is nothing short of astonishing. The international benchmarks of the OECD show that typically large projects cost 28 per cent more than budgeted.

The negotiations with the Metro rail contractors have been closely watched by the disputants on the cost blowouts on the parallel “Big Build” West Gate road tunnel under the Yarra River.

The project is stuck in a dispute about the cost of removing soil contaminated with fire retardant. The government claim the additional cost of removing contaminated soil is not their problem, as the contractors accepted risk and ought look to the soil-testing engineers and their insurers if something has gone wrong. Needless to say, the contractors do not see it that way.

Meanwhile, the road building continues – as anyone trying to navigate the maze of disruption en-route will attest. The hold-up is with the tunnelling works, and unless resolved there will be the absurd situation where the above-ground works on each end of the project will lead to a non-existent tunnel!

Boring as these projects might be, their impact will still be felt when COVID lockdown is something you tell your grandkids about.