BANGKOK (Reuters) – Thailand’s royalty made an unprecedented move into politics on Friday when the sister of King Maha Vajiralongkorn was declared a prime ministerial candidate in a March 24 general election, registration papers showed. 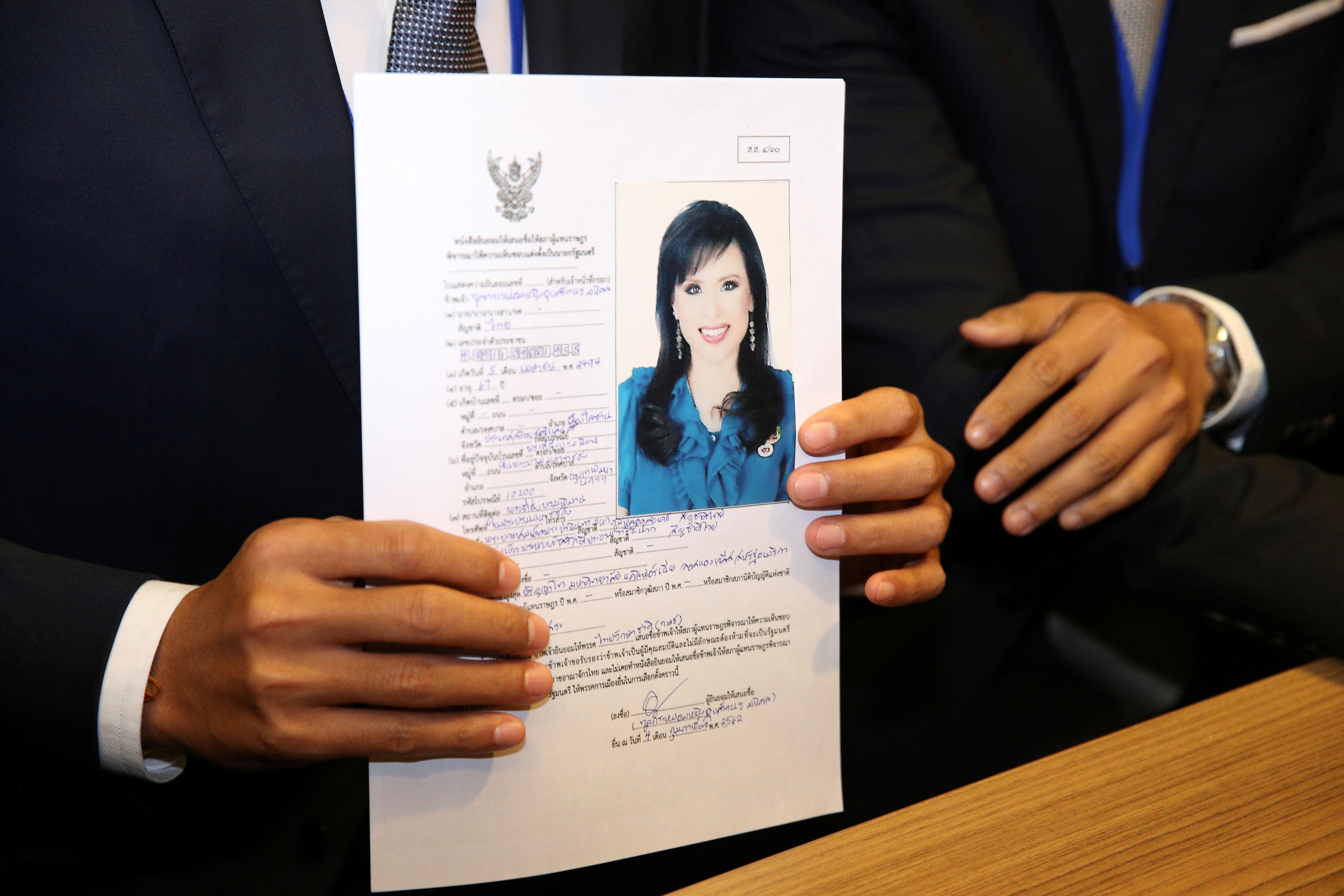 The nomination of Princess Ubolratana Rajakanya Sirivadhana Barnavadi, 67, the elder sister of King Maha Vajiralongkorn, promised to upend Thailand’s already turbulent politics because it breaks the long-standing tradition of the royalty staying out of politics.

Ubolratana will run as a candidate for a party loyal to ousted premier Thaksin Shinawatra. One of her leading opponents will be Prime Minister Prayuth Chan-ocha, the leader of the military junta, who also announced his candidacy on Friday.

Thailand has been a constitutional monarchy since 1932 but the royal family has wielded great influence and commanding the devotion of millions. Reuters could not independently confirm whether Ubolratana’s nomination had the approval of the palace.

The election has been viewed as a battle between Thaksin’s populists and their allies, and the royalist-military establishment. However, the nomination of a member of the royal family by the pro-Thaksin Thai Raksa Chart party could change that.

“This is a profound development that will shape the contours and dynamics of Thai politics before and after election. … Thai Raksa Chart is a leading contender now,” Thitinan Pongsudhirak, a political analyst at Chulalongkorn University told Reuters.

Ubolratana relinquished her royal titles in 1972 when she married an American, a fellow student at the Massachusetts Institute of Technology (MIT), Peter Jensen. She lived in the United States for more than 26 years before they divorced in 1998.

The simmering conflict between the Bangkok-centered, royalist elites and the more rural-based populists loyal to Thaksin has resulted in street protests, military coups, and violent clashes over almost 15 years and it was unclear whether a member of the royal family entering politics would sway loyalties.

“Previous assumptions and scenarios have to be reconsidered,” Thitinan said.

Thai Raksa Chart is an off-shoot of the main pro-Thaksin Pheu Thai Party that was ousted from power in 2014 in a coup led by then-army chief Prayuth.

Pheu Thai is also fielding candidates in the election, and Thai Raksa Chart was formed by Thaksin loyalists and the core leadership of the United Front for Democracy Against Dictatorship (UDD), or “red shirts” group, as a strategy to help Pheu Thai win seats, or to act as a backup if the main party was disqualified.

“The party has nominated the princess as its sole candidate,” Thai Raksa Chart Party leader Preechapol Pongpanich told reporters after registering his party’s candidate at the Election Commission.

“She is knowledgeable and is highly suitable. I believe there will be no legal problems in terms of her qualification, but we have to wait for the Election Commission to endorse her candidacy,” he said.

The Election Commission is required to endorse all candidates by next Friday.

Prayuth accepted his nomination from the Palang Pracharat Party, a new party set up by his loyalists, in an official statement.

“I am not aiming to extend my power but I am doing this for the benefit of the country and the people,” he said.

There was no mention of the princess’s nomination in Prayuth’s statement.

Ubolratana, the oldest daughter of King Bhumibol, was born in Lausanne in 1951. She studied mathematics and bio-chemistry at the MIT and earned a master degree in public health from the University of California at Los Angeles.

She returned permanently to Thailand in 2001, performing royal duties but never regaining her full royal titles. She is referred to as “Tunkramom Ying”, which means “Daughter to the Queen Regent”, and is treated by officials as a member of the royal family.

But she would not be covered by Thailand’s strict, lese majeste law, against insulting the monarchy. 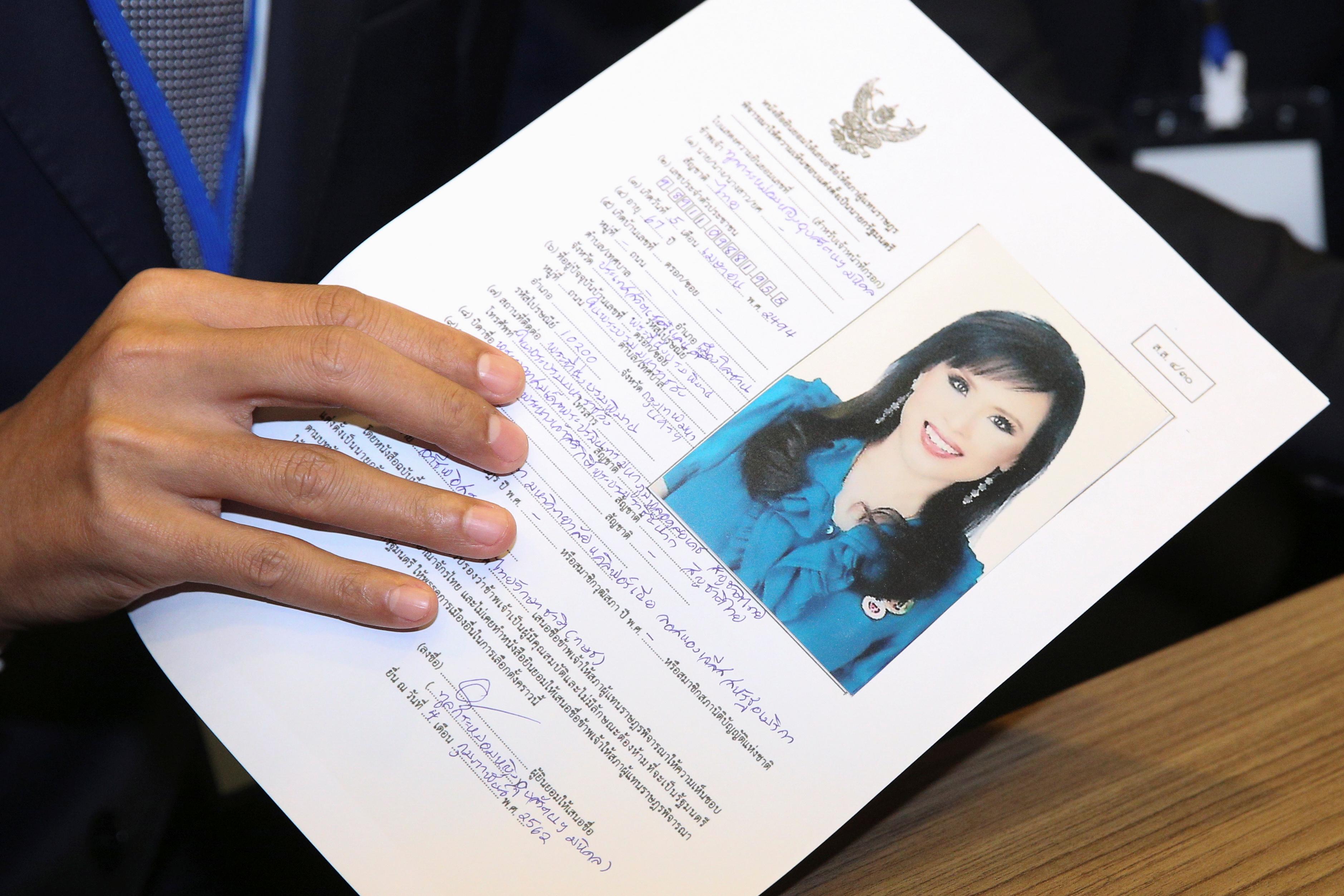 Ubolratana is known for her “To be Number One” philanthropy campaign, which aims to help young people stay away from drugs, as well as starring in several soap operas and movies.

Her son was killed in the Indian Ocean tsunami in 2004.

An avid social media user, she recently posted videos eating street food and another complaining about pollution in Bangkok.