Texas police: ‘Remain in Mexico’ policy could lead to spike in runners at the border

La Joya, Texas – Immigrants asking for asylum in the U.S. must once again wait for their court hearings in Mexico.

Tuesday night, the Supreme Court ruled that the Biden administration’s attempt to get rid of the the Trump-era “Remain in Mexico” policy violated federal law.

However, people who live and work along the southern border question whether reinstating this policy will help the ongoing border crisis, or make it worse.

“I believe the policy is a double-edged sword,” said Sgt. Joel Villarreal with the La Joya Police Department, which is on the border.

When President Biden suspended the program, Villarreal says his department saw a major spike in the numbers of people crossing the border.

In July, U.S. Customs and Border Protection recorded over 200,000 immigrant encounters at the U.S.-Mexico border. This is the highest number reported in nearly two decades.

“People that were stationed in Mexico waiting for asylum, those were the ones who started crossing in conjunction with others who were already traveling in caravans towards our area,” Villarreal said.

“It was very chaotic,” Villarreal said. “We had over 200 people or more crossing through an area in less than an hour.”

While Villarreal believes the “Remain in Mexico” policy will keep many immigrants from making the journey to the U.S, he fears police will see increases elsewhere – such as the number of runners illegally crossing the border. 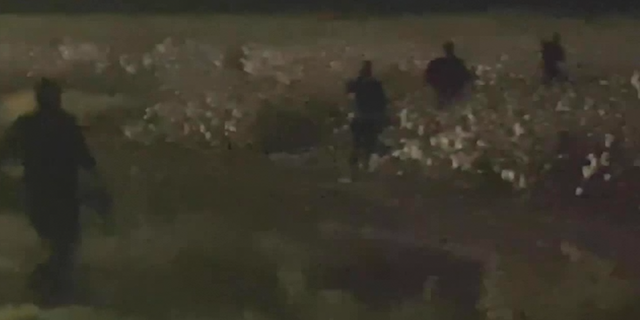 Caught on camera: Fox News crews caught a group of immigrants illegally crossing into the U.S.

“We’re not going to have the luxury of people surrendering to us to allow us to help them,” Villarreal said. “Now we’re going to have to be pursuing them and that’s going to turn into a more dangerous situation.”

When the policy was lifted, Villarreal says many families would call 911 as they got near the border to turn themselves in because they did not have to worry about being sent to a refugee camp in Mexico. 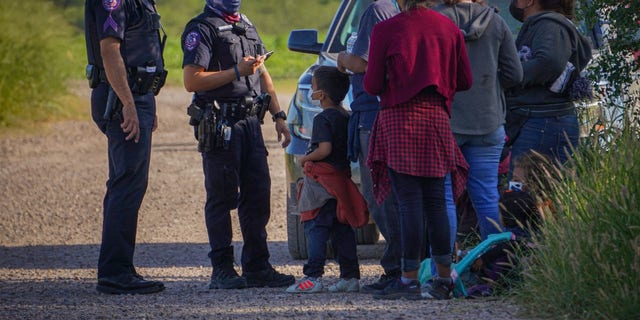 Police say when the "Remain in Mexico" policy was not in place, many families would call 911 to turn themselves in when they got close to the border. Source: La Joya PD

Before many of the refugee camps were shut down earlier this year, the Human Rights First organization reported over 1,544 cases of murder, rape, torture and kidnapping at these sites.

“It goes against the whole nature and purpose of requesting asylum in the United States,” San Miguel added.

The Department of Homeland Security also disagrees with the decision to reinstate the policy, but says it will comply with the order as the appeals process continues.

Texas Gov. Greg Abbott says the reinstatement is a “major victory” for the safety and security of people who live near the border.