HORRIFYING footage shows the moment cartel gunmen storm a Mexican hospital before kidnapping a patient who was later found dismembered.

The group is seen entering the General Hospital of Salvatierra in the central city of Guanajuato wearing balaclavas and armed with assault rifles. 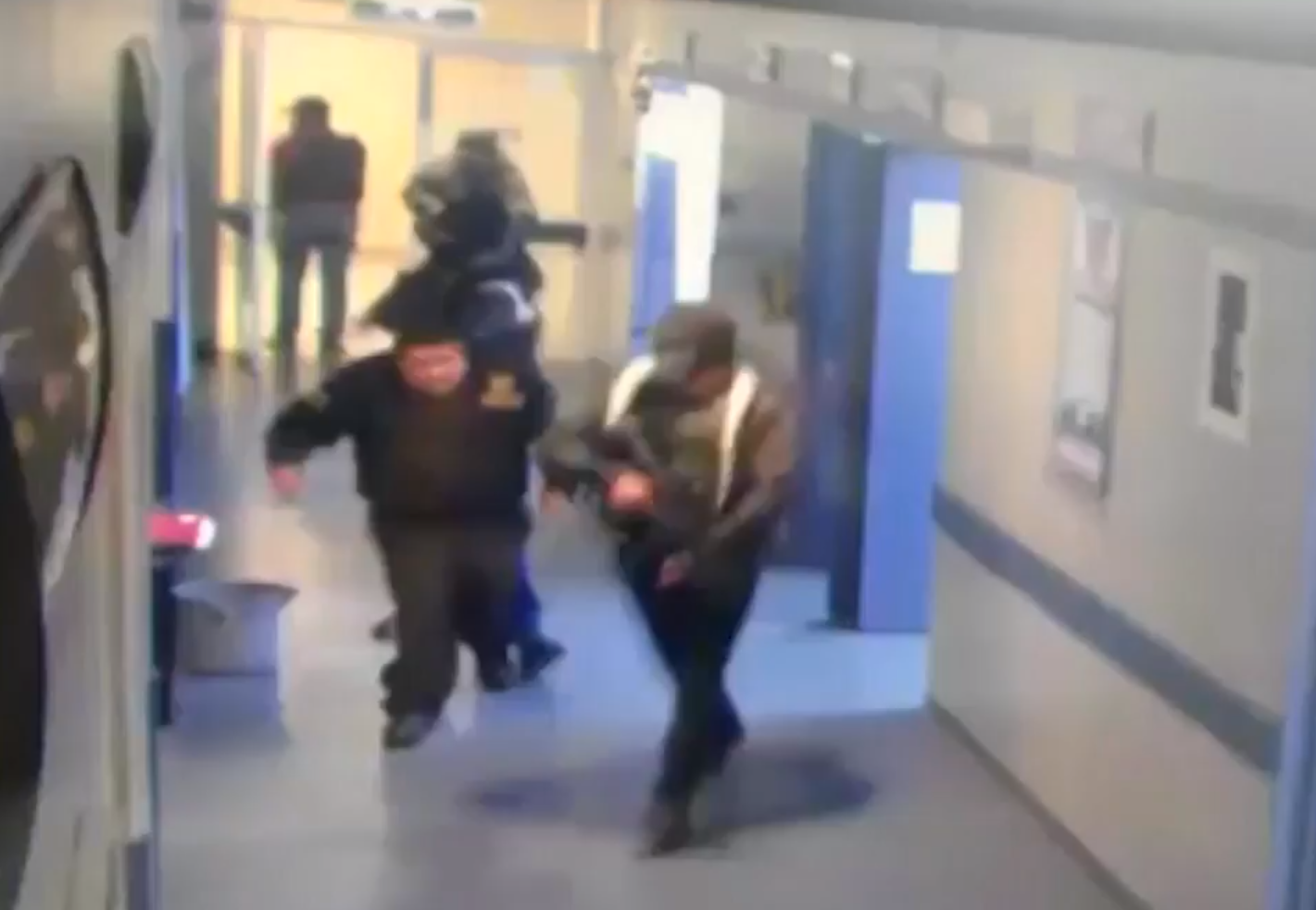 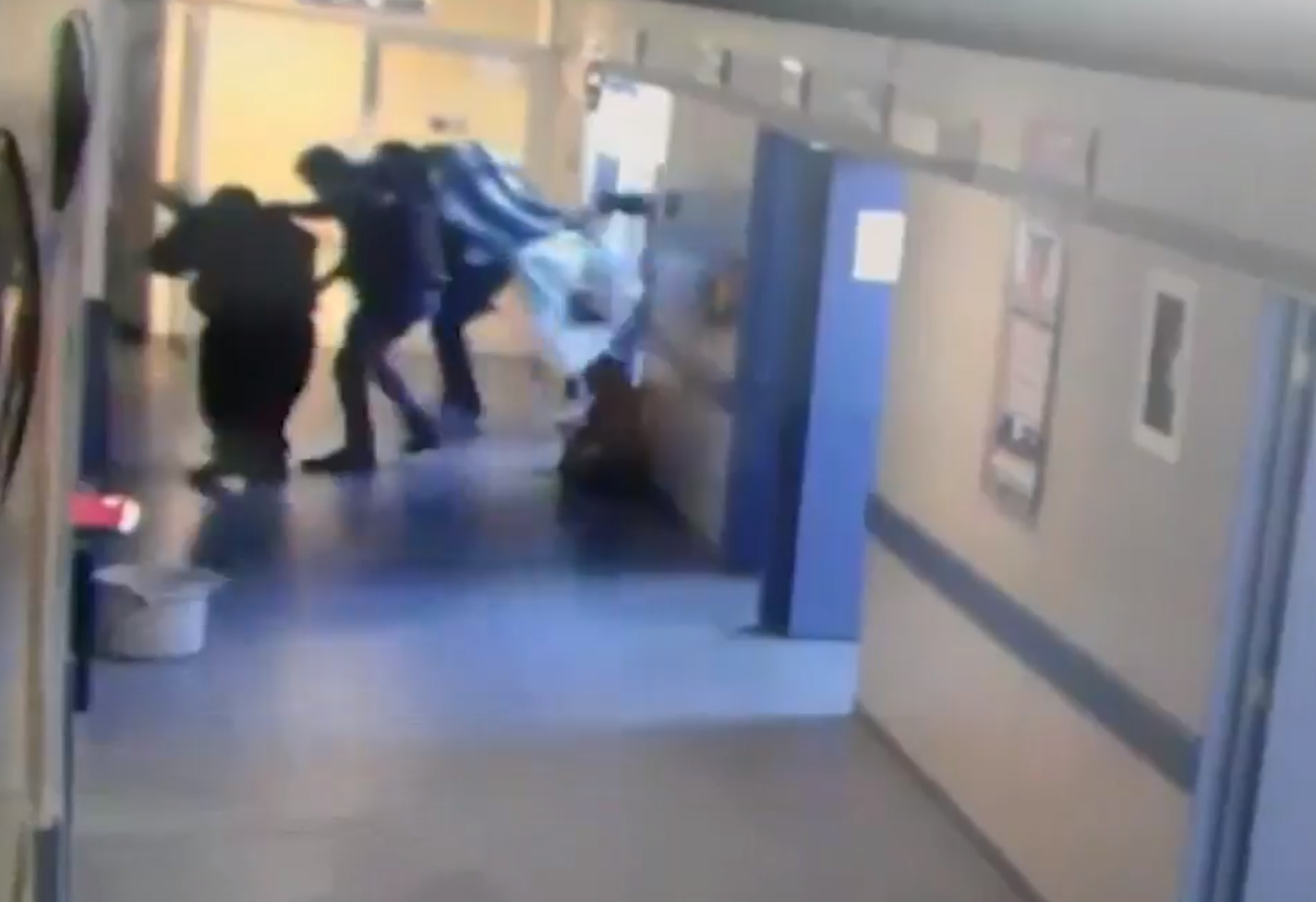 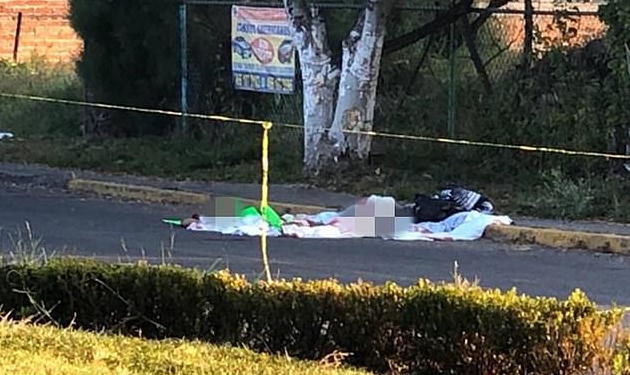 They move along a corridor searching room-by-room for their target while holding a hospital security guard at gun point.

Two of the men then emerge from one of the rooms carrying a patient lying on what appears to be a stretcher.

They make for the exit, followed closely by the rest of the group.

One continues to hold the guard until the others have gone, shoving the guard to the floor before fleeing himself.

The men are also reported to have seized the mobile phones of hospital staff to prevent them from contacting the police.

The incident occurred on November 21.

The men are believed to be members of the Santa Rosa de Lima Cartel, a fuel theft gang operating throughout the state of Guanajuato.

Within hours of the man's abduction, his dismembered body was found by the side of a nearby roundabout.

The body had been placed on a white sheet and was accompanied by a cardboard sign carrying a written message.

Local police have confirmed the body was that of the man taken from the hospital, though have not revealed his identity or what was written on the sign.

Some of the man's body parts were also found littered along the road.

Police said that two other hospitals, in the cities of Juventino Rosas and Apaseo el Grande, were targeted in similar attacks on the same day.

One saw a second man kidnapped and killed, while the other saw a man critically injured.

State Security Commissioner Sophia Huett confirmed that no staff at any of the hospitals had been injured, and said the raids had been "very targeted".

She added that security and surveillance were to be increased to preempt future attacks.

Clashes between the Santa Rosa de Lima Cartel and rival Jalisco Cartel have seen increasingly levels of violence in the state of Guanajuato over the last two years.

The group is alleged to have been behind an attack on a nightclub in the city of Salamanca in which 15 people were killed, 14 of them thought to have been Jalisco members. 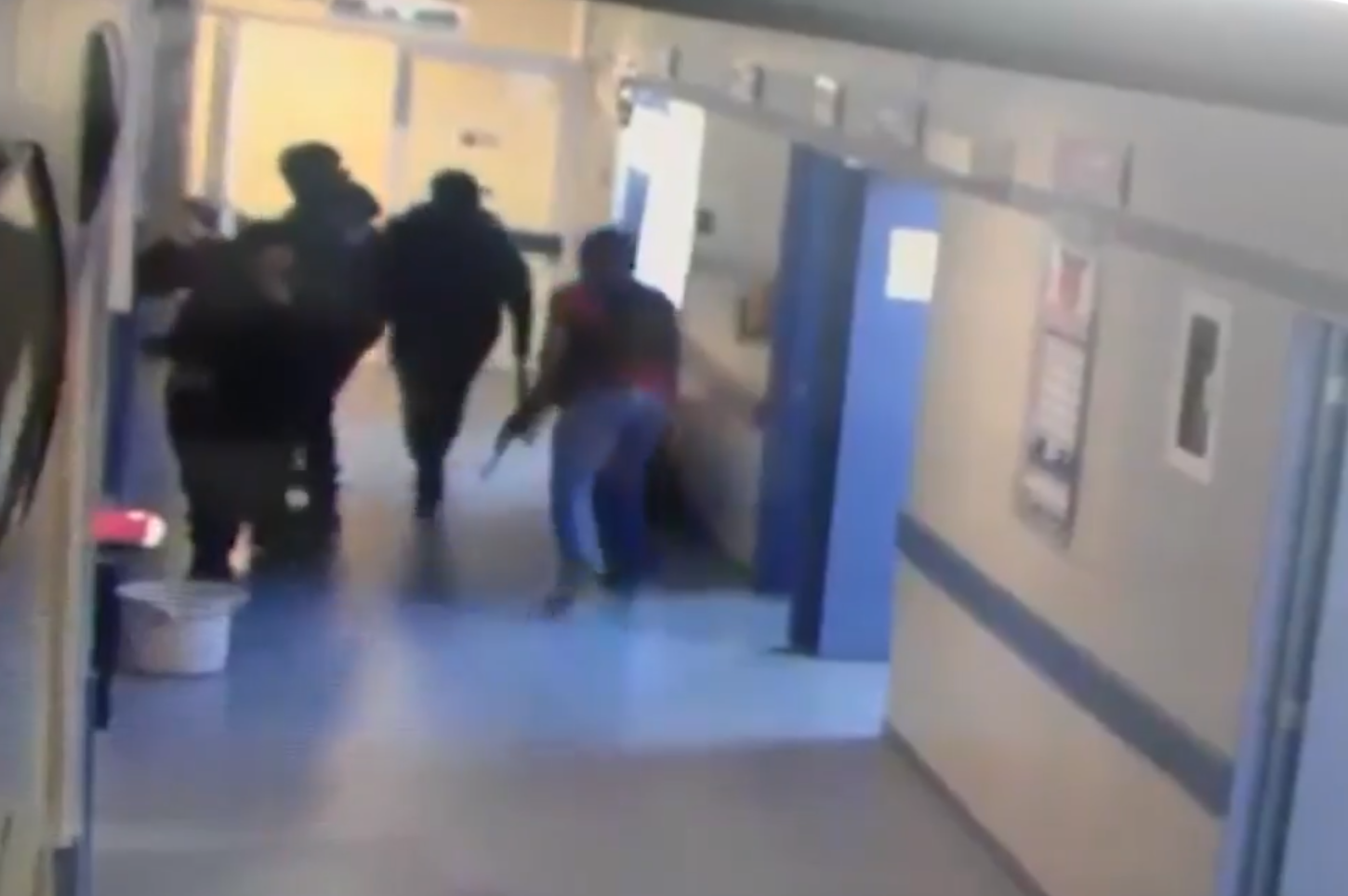 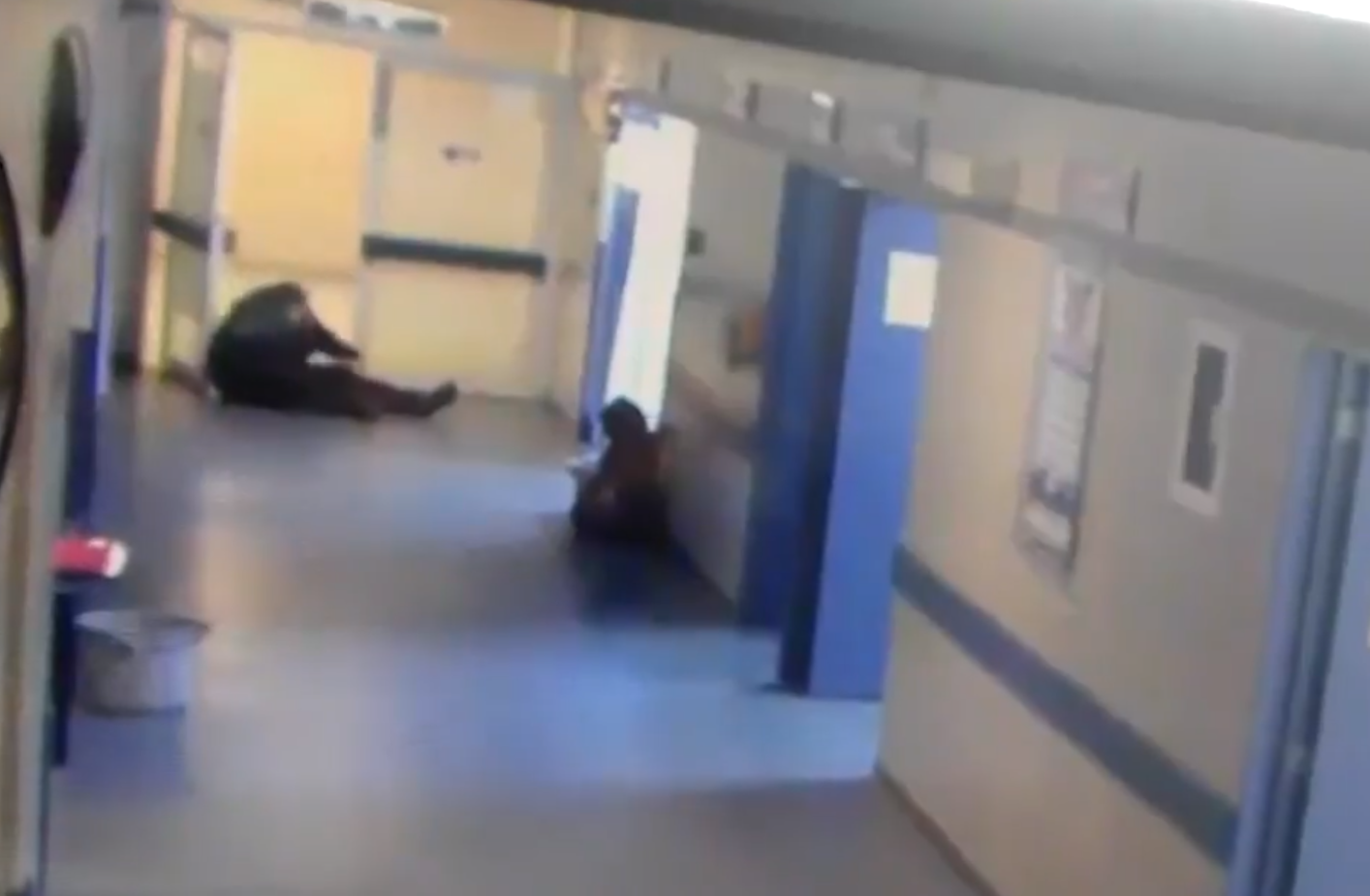 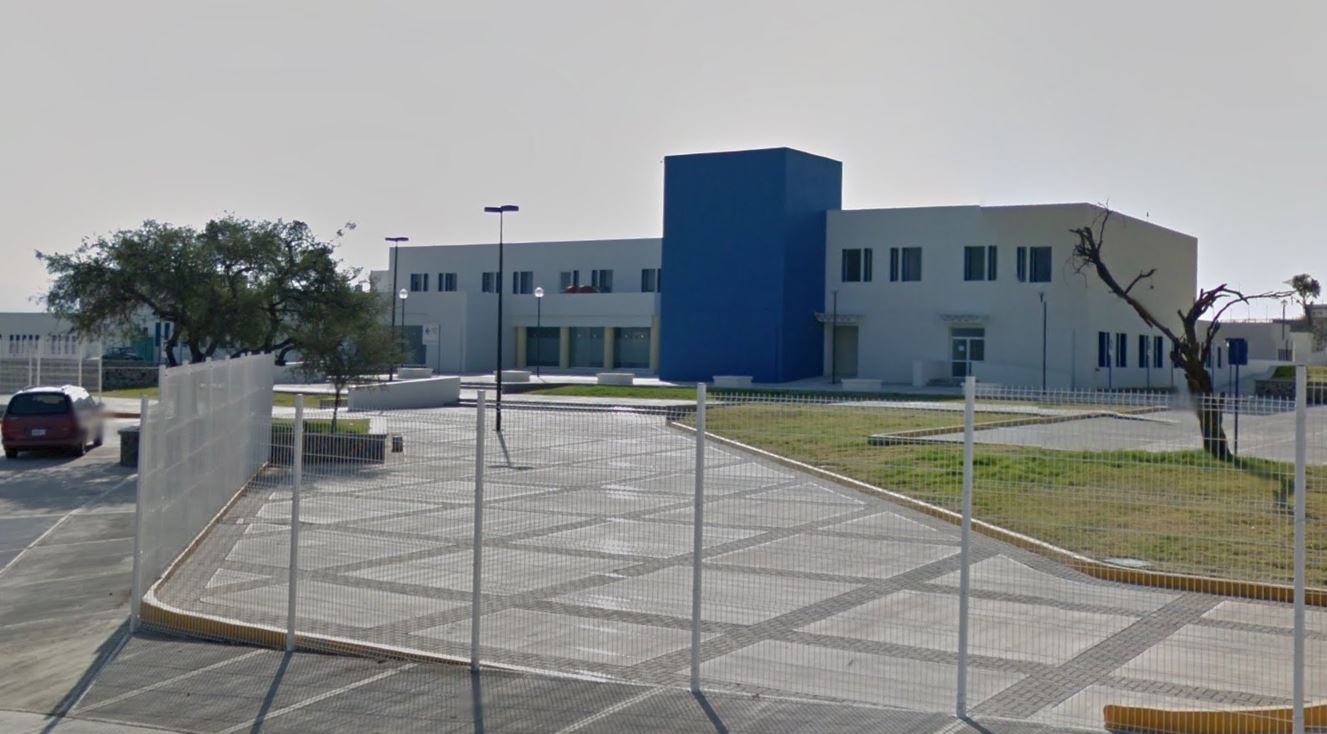