On Tuesday, an intense and long-lived line of severe thunderstorms called a derecho charged across the northern Plains and Upper Midwest.

This line of thunderstorms produced wind gusts as high as 99 mph in Howard, South Dakota, and 96 mph in Huron, South Dakota, while carving a path of damage across at least half a dozen different states.

On Wednesday, severe storms are possible again for 30 million from the Ohio Valley to the mid-Atlantic. Strong early morning storms provided an early wake-up call for folks in Ohio, with more storms expected in the afternoon reinvigorated by daytime heating. 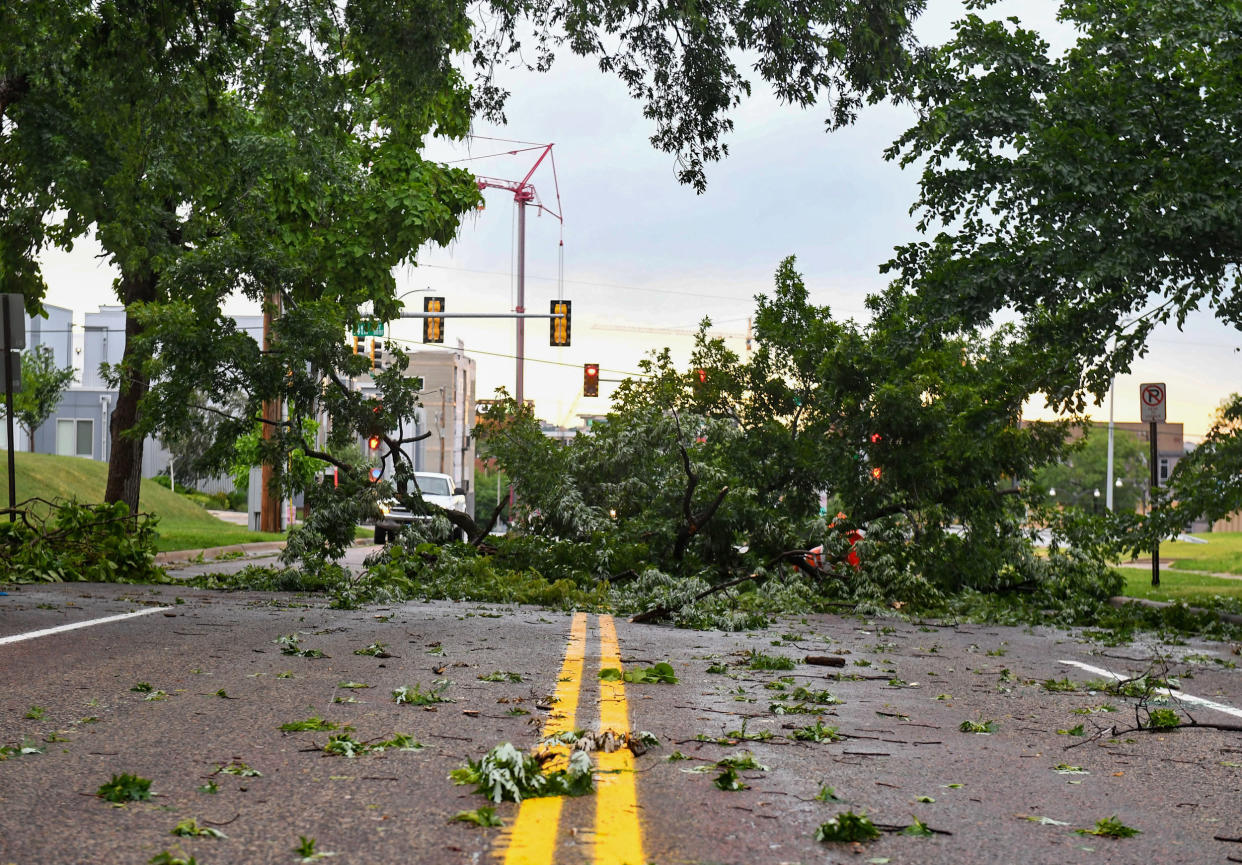 The late-day storms will be capable of severe wind gusts up to 70 mph and isolated hail as the storms propagate southeastward from the Ohio Valley into the Carolinas.

Storms in the aforementioned areas are expected to weaken by early to midevening with the loss of daytime heating. Additional severe storms capable of very large hail and severe wind gusts are possible Wednesday across the western High Plains of northeastern Colorado, western Nebraska and northwestern Kansas, as well as for much of Montana, northeast Wyoming and potentially the western Dakotas.

On Thursday, there will be similar severe weather set up for 30 million people spreading from the lower Ohio Valley into the southern mid-Atlantic and Southeast, as well as the northern Rockies. Damaging winds and large hail will be the main hazards.

On Friday, the severe threat quiets down somewhat, with parts of the northern Rockies being the main focus for severe storms. Meanwhile, thunderstorms in the mid-Mississippi Valley, central Appalachians and Southeast will have a marginal risk of becoming severe.

In addition to the severe thunderstorm threat, rounds of rain training over many of the same areas will prompt concerns for flash flooding.

About 15 million are under flood alerts from the Ohio River Valley to the Washington metro area to Montana. Areas in central Michigan and northeast Indiana have had 24-hour total rainfall measurements between 6 and 10 inches, with more heavy rain expected to come.

Washington is expecting storms through Wednesday evening that could drop several inches of rain in a short period of time. Flash flooding, especially in urban areas, and flooding of rivers, creeks, streams and other low-lying areas are possible in the aforementioned areas Wednesday.

While some may escape the severe thunderstorms and flooding, dangerous heat and humidity will be another element to contend with. 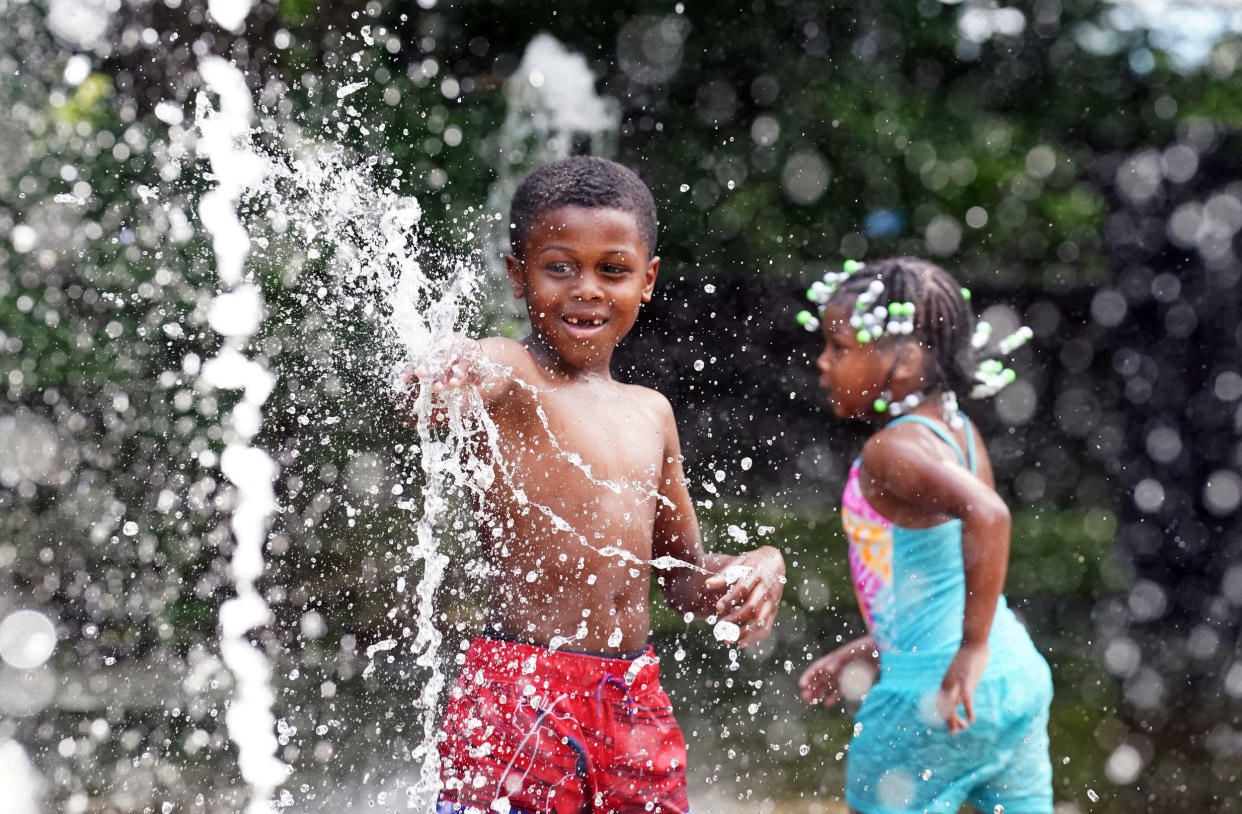 About 64 million are under heat alerts Wednesday from Texas to Ohio and parts of the Carolinas. The crosshairs of Wednesday’s excessive heat will include cities like Wichita, Kansas; St. Louis; and Memphis, Tennessee, where temperatures are expected to be 10 degrees above average. The addition of very high humidity to already hot temperatures in some of these places will cause heat indices to climb nearly 10 or more degrees higher.

Some relief may arrive for these areas by the weekend; however, temperatures are forecast to rebound early next week. Afternoon thunderstorms could also help to quell afternoon highs before the weekend in places such as Kansas, Missouri and Tennessee.