Brothers, 18 and 23, admit stealing a car and killing a father-of-three, 35, his baby son and two family friends in a horror crash as they was being pursued by police

A teenager has admitted killing a father of three, 35, his baby son and two family friends in a horror crash while being pursued by police.

Elliott Bower, 18, was driving a VW Golf which crashed into a VW Touran as it was being pursued by police in Sheffield last month.

Adnan Ashraf Jarral, 35, died along with his son Muhammed Usman Bin Adnan, who was just 16-months-old, and a married couple – Vlasta Dunova, 41, and Miroslav Duna, 50.

Bower pleaded guilty to four counts of causing death by dangerous driving and other offences at Sheffield Crown Court on Monday.

He appeared alongside his brother Declan Bower, 23, and a 17-year-old boy, who each pleaded guilty to offences including aggravated vehicle taking. 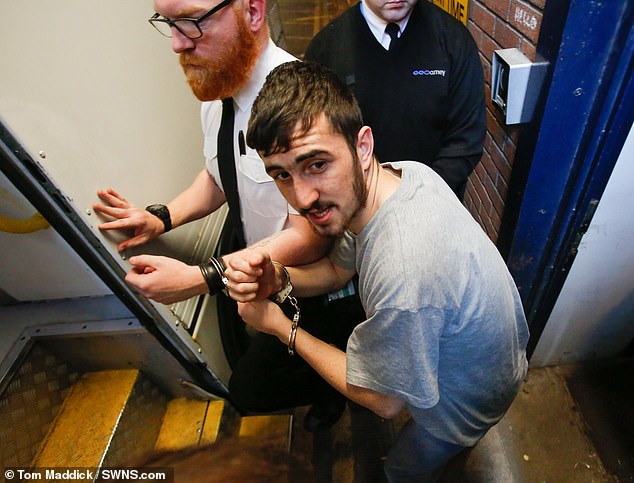 Elliott Bower, 18, pictured, has admitted causing the deaths of four people by dangerous driving after a horror crash in Sheffield last month 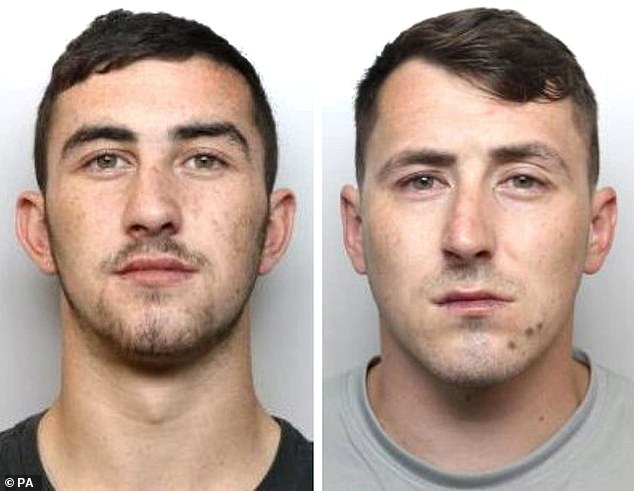 Bower, left, was joined in court by brother Declan, 23, right, who admitted aggravated vehicle taking, which led to the police chase

All three defendants will be sentenced on January 28.

Mr Jarral was about to drop the Duna family off at their home from a day trip to London when the Golf collided with them while overtaking a bus – catapulting their people carrier into parked cars.

Vlasta and Miroslav’s daughter Nikola Dunova, 22 and her three-year-old daughter, Livia Matova, were seriously injured along with Mr Jarral’s wife.

Remanding the trio in custody, the Recorder of Sheffield, Judge Jeremy Richardson QC, said: ‘This an exceptionally serious case of its kind.

‘It demands punishment. Make no mistake, you will be punished.’

The Bower brothers stood in the dock in a packed court each handcuffed to a security guard. The 17-year-old, who cannot be named, stood using crutches.

All three defendants will be sentenced on January 28.

It was confirmed that the VW Golf driven by Bower was being pursued by officers at the time of the collision. 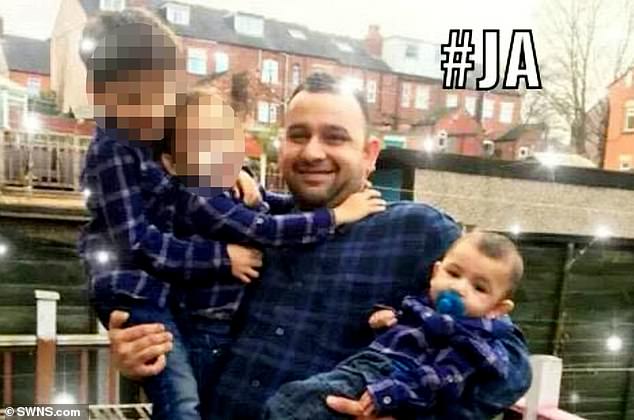 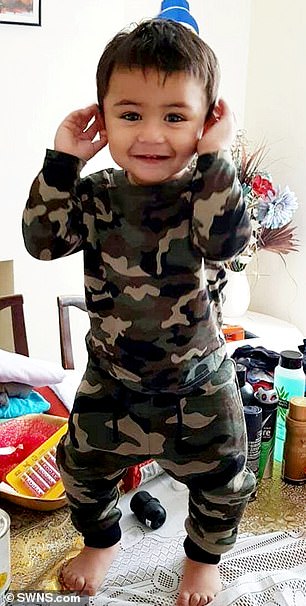 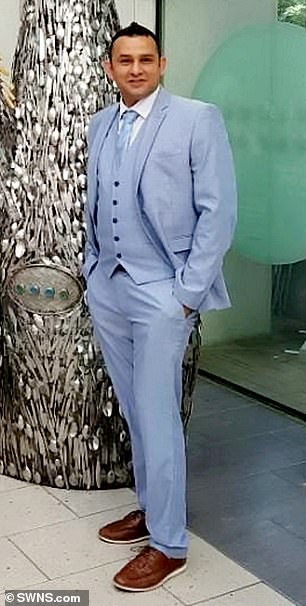 Mr Jarral, right, was described as being a ‘humble and polite’ man who was very proud of his sons. Pictured left is Usman

Witnesses said a number of police vehicles arrived at the wreckage almost immediately after the crash.

The Bower brothers, of Harborough Avenue, Sheffield, were on the run from police, as they were wanted in connection with a number of offences.

Two weeks before the crash, South Yorkshire Police had launched a media appeal to ask for the public’s help to find them.

The brothers responded by posting a picture of themselves on Facebook, taunting officers.

The two families were returning home from a day trip to London when their vehicle was hit by the speeding VW Golf, which was travelling on the wrong side of the road.

Speaking after the crash, Mr Jarral’s uncle Shafqat Mirza questioned the police’s decision to pursue the car through a residential area and said ‘the tragedy had left a gap which can never be filled’.

Mr Mirza said: ‘It may be that police ought to have laid off and let it go and found some other ways and means of chasing the car, knowing that it was a wet and dangerous road.

‘Maybe if police had handled things differently then the accident wouldn’t have happened.

‘I’m not wholly blaming the police but if there are ways and means of doing the chase in a different way, then the police ought to take that into consideration.’ 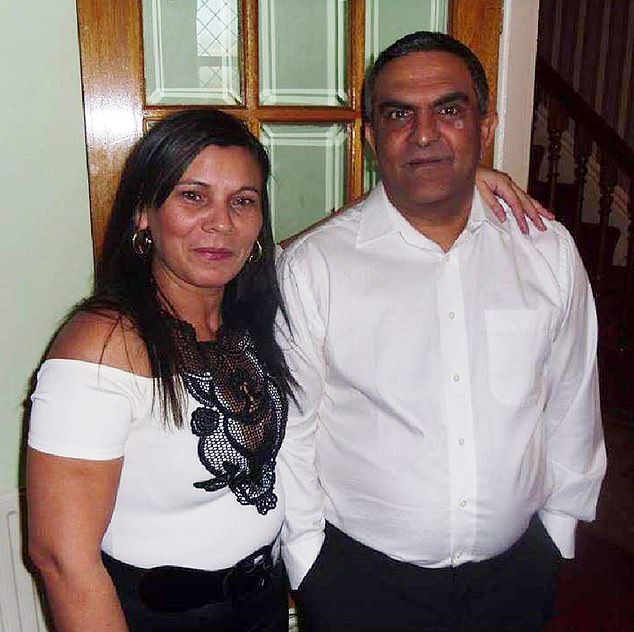 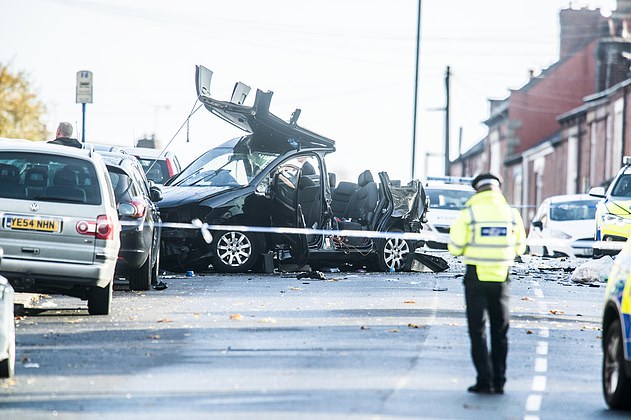 Four people were killed after the VW Golf being chased by police crashed into the VW Touran in Sheffield, pictured

Tariq Mirza, 57, another of Adnan’s uncles, refused to blame the three occupants of the VW Golf for the fatal crash, who are all in police custody.

‘We do not blame anybody for what happened. What I believe is [the crash] is more of an excuse for his death.

‘He was meant to go on that day, that is our belief, that his time was up. That was his place, that was his time to die.

‘As Muslims we believe that was the space and place he was going to die.’

Shafqat Mirza described his nephew was a ‘humble and polite’ man who was extremely proud of his two sons and his step-son. 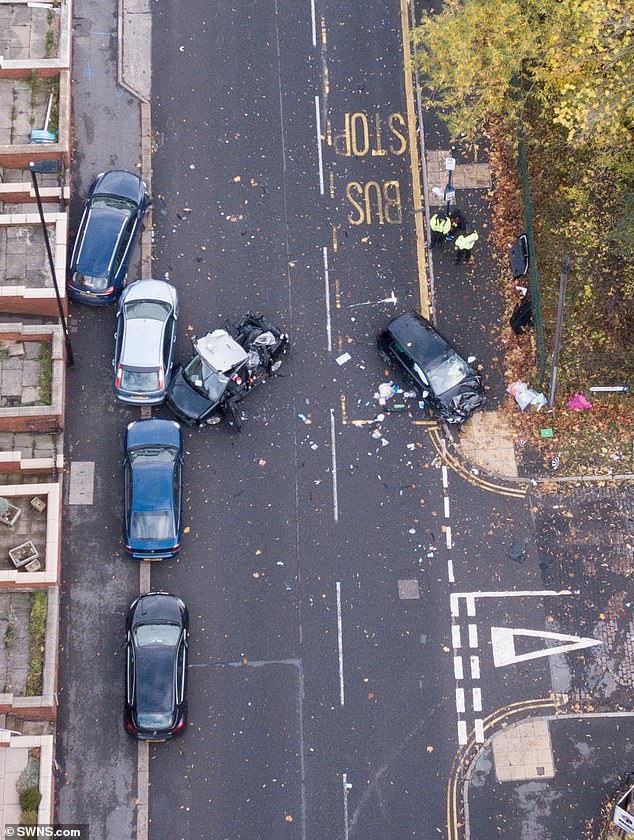 Pictured: The scene of the horror crash in Sheffield, which occurred as Bower, his brother and an unnamed 17-year-old boy were fleeing police

He said: ‘It’s been absolutely devastating for all of us and all the family.

‘Here we have a young man who was with us, around us, always asking everybody how we are, and now we find that he is no longer with us.

‘It’s something that we can’t come to terms with. It was absolutely horrific. So devastating.’

He said his nephew was a ‘loving father’ and was ‘full of life’.

Speaking as relatives and members of the community gathered at the family’s mosque, he said Mr Jarral, who was born in Pakistan and came to Britain as a business student, left another son, aged three, and a six-year-old stepson.