IN A SHOCKING turn of events, a teen who was involved in a terrible hit and run with a mom and baby has died.

17-year-old Kristopher Baca was only 15 when he was sentenced to seven months in juvenile prison for the horrific incident.

Kristopher was shot dead in Palmdale, California on Wednesday evening as he walked alone.

A car reportedly pulled alongside the teen, and an argument began.

Shots were then fired, and the car fled the scene, leaving Kristopher to die from his gunshot wounds.

Kristopher had allegedly been trying to "get with a girl" in a fast food restaurant before the deadly encounter.

The teen has faced trouble in the past, most famously for the almost deadly hit and run he was involved with.

On August 6 2021, mom Rachel and her eight-month-old baby Charlie were brutally mowed down on a Los Angeles street as she pushed her baby in his stroller.

The video of Kristopher smashing into the mom and baby with his black car went viral online.

Mom Rachel and her child miraculously escaped the accident with only minor scrapes.

Most read in The US Sun

Danniella Westbrook is unrecognisable in picture of bruised and bloodied face

At the time of the hit and run, Kristopher was on felony probation for poisoning a high school girl's drink, and was found to be intoxicated while driving the black vehicle.

Rachel and her family moved out of Los Angeles because of the city's "soft-on-crime" policies.

Apparently, the mom is saddened, but relieved upon news of Kristopher's death.

In a statement, she said: "The universe delivered the justice we weren't given in court, but a much harsher punishment than he'd have been dealt in a court of law.

"I think I feel shorted — by the system because they didn't hold him accountable and sad, not for him, but for his mom a little, because if George Gascon actually did his job, this kid would still be alive in jail."

Kristopher only stopped accelerating the vehicle which struck Rachel and her son when a pickup truck rammed into him.

Rachel reflected: "As the car approached me and my child, I stopped walking and moved the stroller and myself up against a building on the right side of the road to ensure that we gave the reckless driver plenty of room to pass.

"As the car got dangerously close to us, KB turned the wheels in our direction and accelerated as he aimed to kill us.

"He tried to murder two innocent pedestrians. Murder. And we have video evidence. My child would be dead if I hadn't been there to protect him." 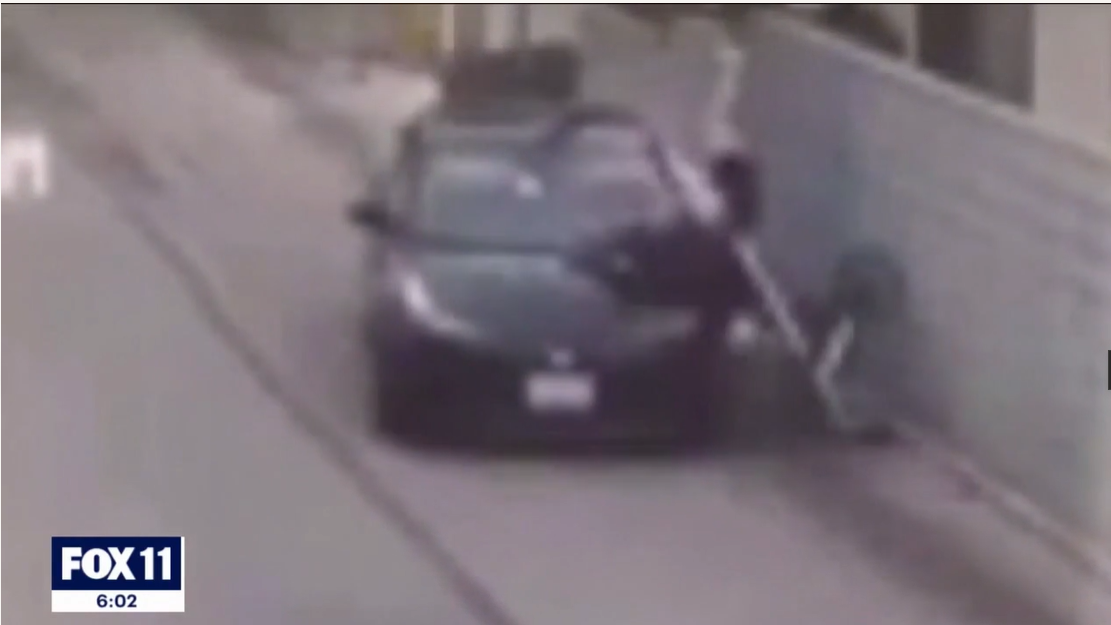