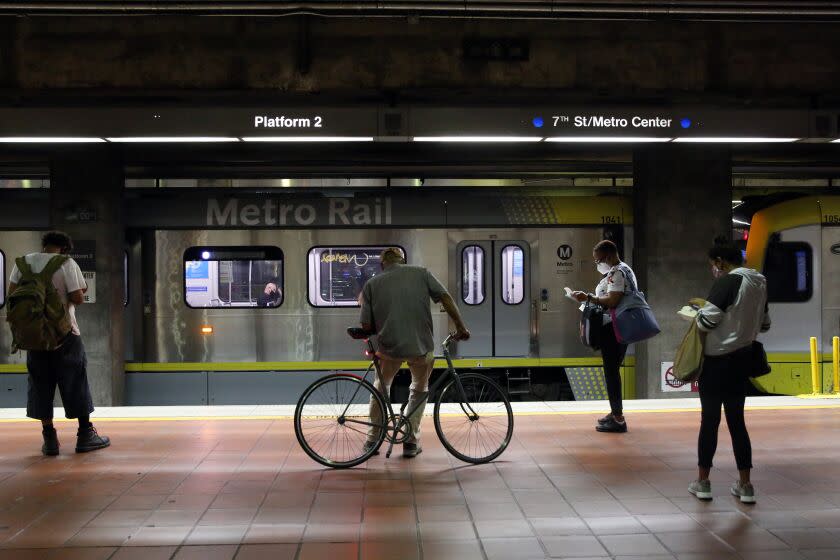 A teenage boy who was stabbed and shot near a downtown L.A. Metro station died early Thursday, and police said two juveniles have been detained in connection with the attack.

Police responded to reports of a stabbing near the intersection of 7th and Flower streets around 5:40 p.m. Wednesday, according to Officer Melissa Podany, a Los Angeles Police Department spokeswoman.

The victim and another juvenile were involved in a physical altercation when the other juvenile stabbed the victim with a knife and then shot him, Podany said.

The victim was taken to L.A. County-USC Medical Center, where he was pronounced dead around 2 a.m., said Sarah Ardalani, a spokeswoman for the L.A. County coroner’s office. His name has been withheld pending notification of next of kin.

Police radio traffic initially described as many as seven suspects, according to a law enforcement source who spoke on the condition of anonymity to discuss the “fluid situation.” At least one person who was handcuffed and detained as a person of interest managed to escape from officers during the the chaotic scene near the 7th Street/Metro Center station, the source said.

Podany said it's unclear whether one of the juveniles who was detained was the person who escaped.

"It's my understanding, preliminary, that the two people who were detained were not one of the people who got away," Podany said. "But it wasn't clear as of last night, and it's still not clear as of this time."