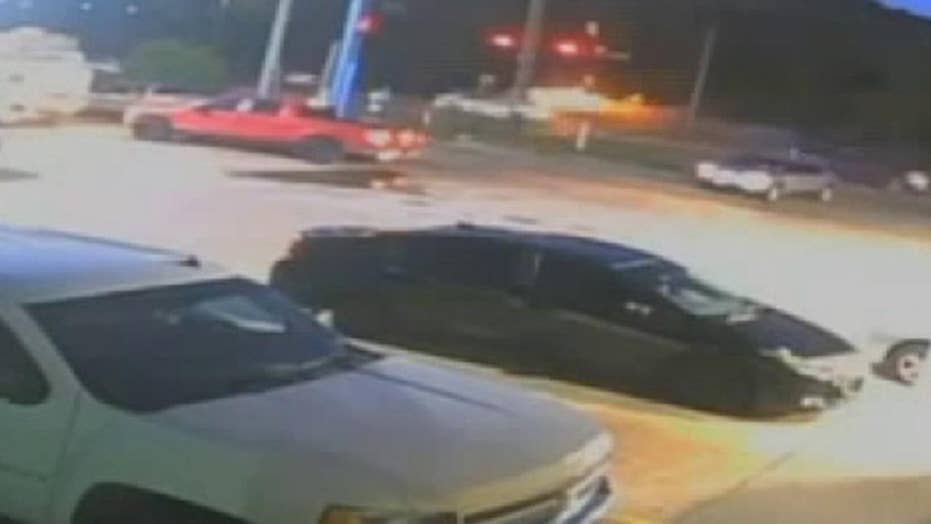 Shots fired at a vehicle set off fireworks that consumed the inside of a pickup, injuring two toddlers and their parents, Harris County Sheriff’s Office announced

A teen was arrested Monday in the Texas Fourth of July road rage shooting that caused fireworks to explode inside a moving pickup, burning two small children and their parents.

Bayron Rivera, 18, was charged with four counts of aggravated assault in connection with the incident near Ella, Harris County Sheriff Ed Gonzalez told a news conference. Rivera was arrested after surrendering to deputies Sunday night.

“This started as a road rage incident,” Lt. Jeff Stauber, commander of Gonzalez’s Violent Crime Unit. “Both parties had an opportunity to break it off somewhere during the incident.”

Gonzalez said about 20 minutes elapsed between the initial encounter and the gunfire.

The shots were fired from an AR-15 rifle, which was recovered, the sheriff said. The shots set off fireworks the family had just purchased.

A day after the shooting, Gonzalez released surveillance video showing the pickup pulling out of a gas station after being shot at and then bursting into flames as the fireworks ignite.

Investigators said they looking for a Ford Expedition seen in the video that they believed the gunman was driving and that fled the scene.

The children, a one-year-old and a two-year-old, were severely burned. They were due to have surgery Monday and have a long road of recovery ahead of them, the sheriff said.

At the news conference Gonzalez also told reporters that a high-powered AR-15 rifle was recovered that investigators believe was the weapon involved in the shooting.