The couple’s bodies were found wrapped in large black plastic bags – which were bound in masking tape – by an onion-seller. 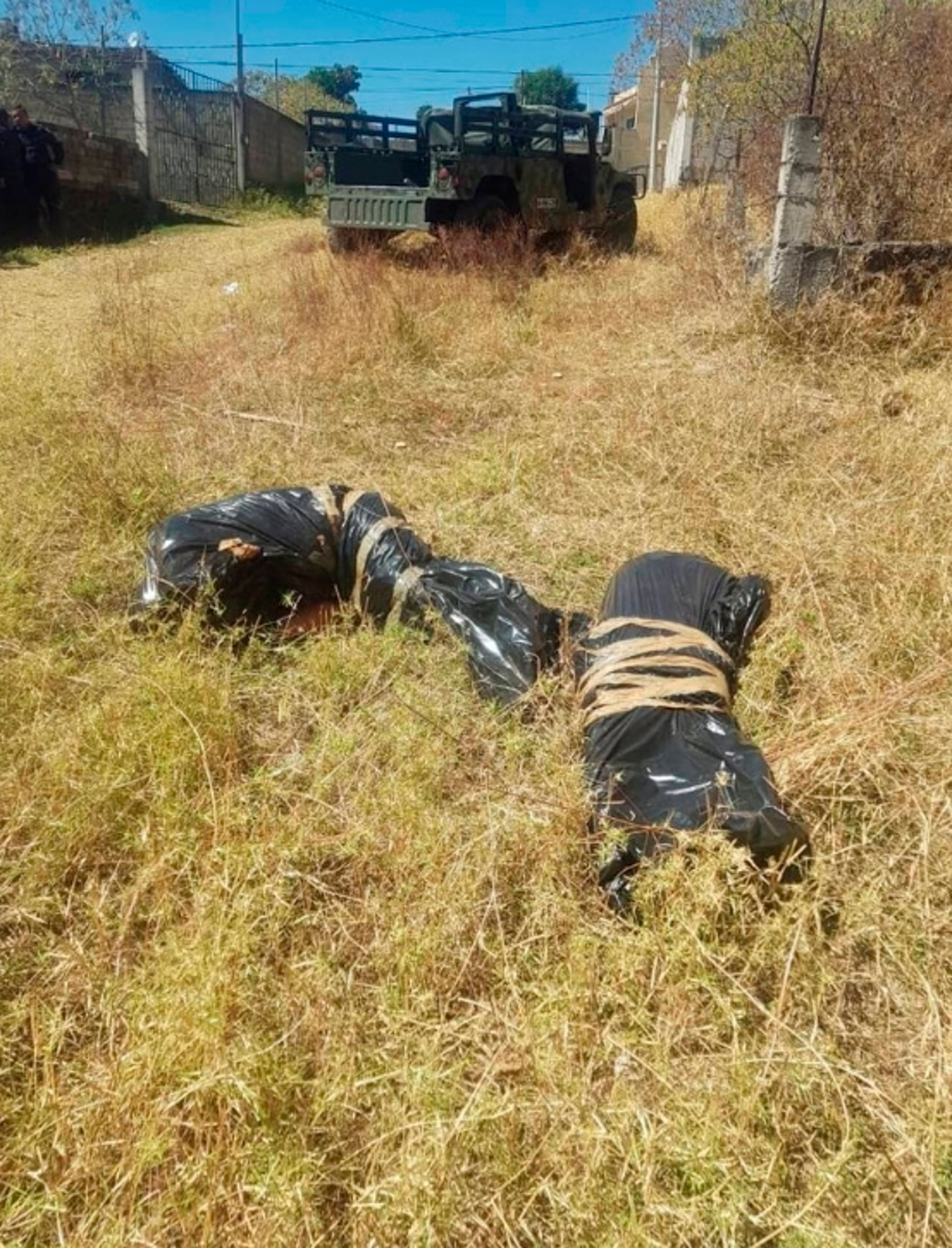 Their son was arrested after forensic experts located “blood clots and a knife with a wooden handle” in their home, says Excelsior.

The publication explains that on February 21, their bagged remains were discovered in the town of Ahuatepec, Cuernavaca in Morelos – west of Mexico City.

It says that the boy – whom the Mirror says was aged 16 – had gone to officials to report the disappearance of his mum and dad, Alejandro ‘N’ and Martha ‘N’, after they had failed to answer his phone calls.

A search warrant was carried out on the family home where, Excelsior reports, a team of experts “located various blood clots and secured fragments of brown tape, footwear of the child with blood splashes and a knife with a wooden handle”.

Further traces of blood were discovered in the garden, the driveway and entranceways to the home.

During a second search, at the home of one of the boy’s friends, a taxi was found – with blood inside the vehicle.

Excelsior says that several blankets and bloodied clothes were discovered in the boot.

Both teens were then arrested, with cops telling the publication that a possible motive for the crime was a gang initiation.

A taxi driver reportedly told the boys that they could be part of the group, but they first had to kill two people, Excelsior adds.

La Union says that the State Attorney General’s Office has detained both teenagers, and further investigations are being carried out.

The murdered couple were both said to be accountants, with La Union writing that their bagged remains were discovered by a woman who sells onions, who saw them lying in the street.

Diario de Morelos says that their bodies had “various injuries produced by a knife and were located wrapped in black plastic”.

It adds that prosecutors received the go-ahead from the adolescent court for an arrest warrant for “both adolescents… [who] will be facing charges as alleged perpetrators of the crimes of feminicide and qualified homicide, to the detriment of Alejandro ‘N’ and Martha ‘N’.”

The court granted a further 60 days for the investigation.