A collision between a massive tanker and two oil barges has resulted in as much as tens of thousands of gallons of a gasoline product leaking into a shipping channel near Houston.

The U.S. Coast Guard confirmed the accident, which took place about 3:30 p.m. local time, in the Houston Ship Channel, near Bayport, Texas. A 755-foot tanker collided with a tug pushing two barges filled with 25,000 gallons of reformate each.

Reformate is an intermediate stage in the production of gasoline and is colorless, flammable and toxic to marine life.

It is unclear how much of the product has leaked into the water, officials said.

Eyewitnesses said they could see an oily sheen on the water and the smell was very strong.

One of the barges capsized, while the other was severely damaged, according to the Coast Guard. Video from on scene showed one barge nearly sliced in half as a result of the collision. 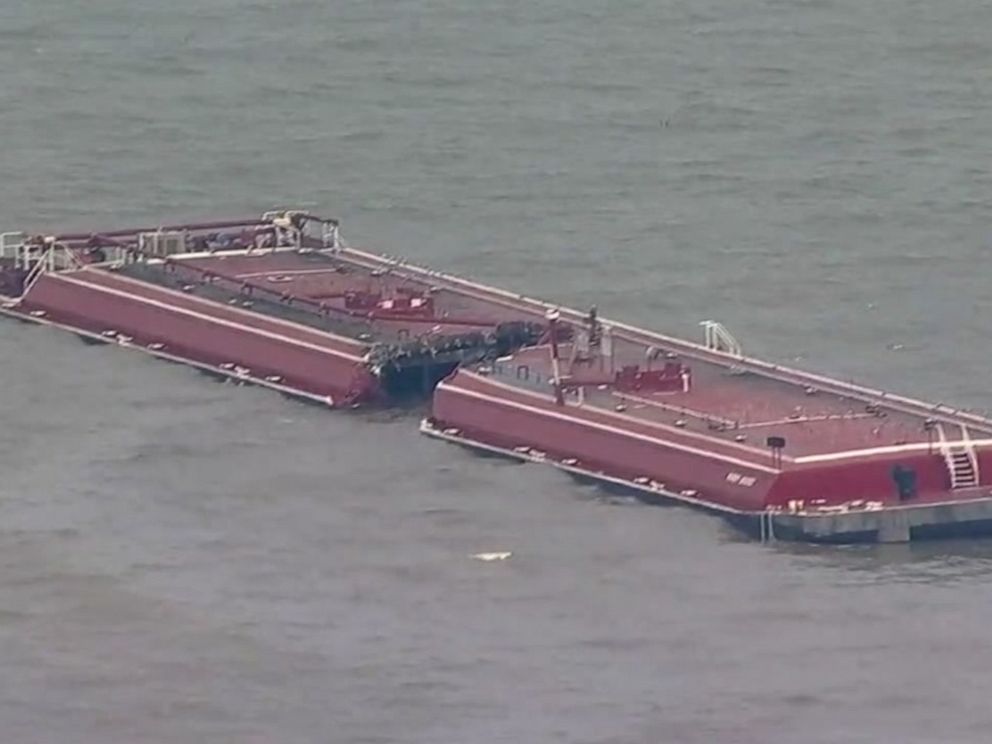 There were no reported injuries.

Air Station Houston sent a helicopter and ship to assess the situation, according to the USCG.

“It’s a light chemical and it floats on the water, which allows it to evaporate,” Galveston Bay Foundation CEO Bob Stokes told KTRK. “Unlike other chemicals, it doesn’t sink to the bottom, but it still poses risks to marine life.”

Houston’s Department of Health said in a statement that due to wind conditions it did not expect any adverse effects in the city itself.

The Coast Guard said air monitoring was being conducted and “if any readings above actionable levels are detected, advisories will be provided to local emergency operations centers.” There have been no evacuation orders given.

The tanker was identified as the Genesis River, a liquefied petroleum gas (LPG) carrier.

The shipping channel was closed in the area of the accident.