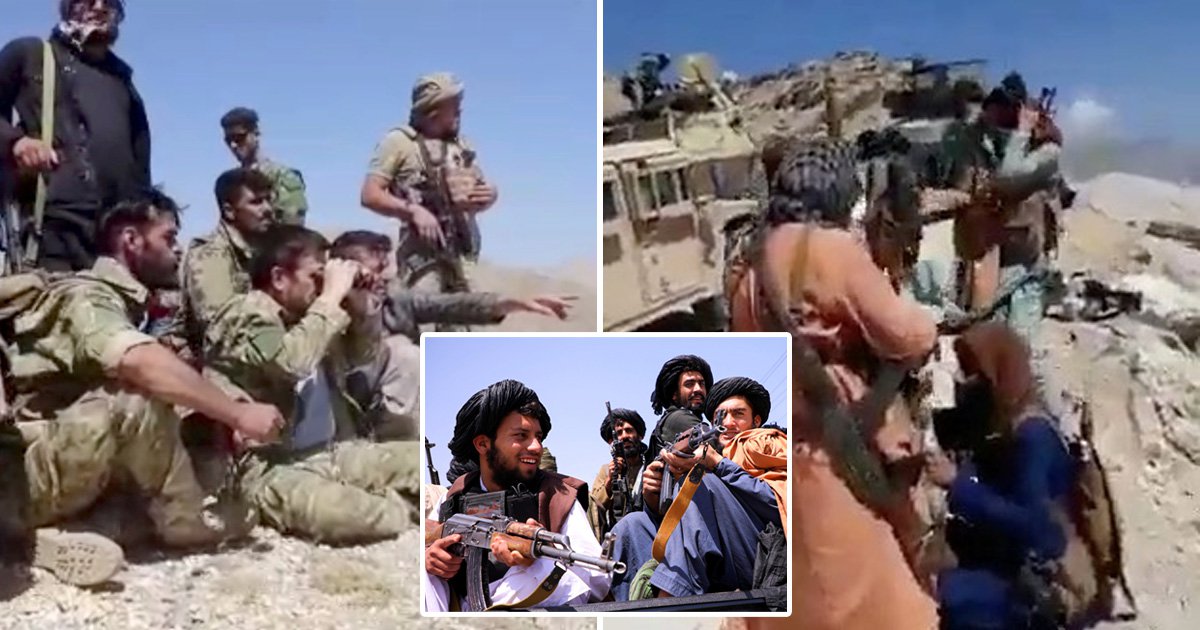 Fresh fighting has broken out in the only part of Afghanistan which hasn’t fallen to the Taliban.

As the hardline Islamists finalise arrangements to form the country’s new government, a band of resistance fighters are continuing to hold out in the Panjshir Valley, 50 miles north of Kabul.

Rumours spread around the capital that the valley had fallen on Friday night, a claim that was met with celebratory gunfire among Taliban supporters, leading to several casualties.

But there was no official claim on Saturday and residents told the AFP news agency that the reports were false.

Panjshir held out for nearly a decade against the Soviet Union’s occupation and also the Taliban’s first rule from 1996-2001.

The fighters this time are calling themselves the National Resistance Front and are made up of anti-Taliban militia and former Afghan security forces.

The Taliban seem to be hoping to snuff them out before announcing details of who will lead the country in the aftermath of Monday’s US troop withdrawal.

Front spokesman Fahim Dashty said in a tweet: ‘The defence of the stronghold of Afghanistan is unbreakable.’

People were warned against firing in the air after news agencies reported at least 17 people were killed and 41 hurt in the celebratory firing.

‘Avoid firing in the air and thank God instead,’ said the Taliban’s chief spokesman Zabihullah Mujahid, who is being tipped to become the new regime’s information minister.

‘The weapons and bullets given to you are public property. No one has the right to waste them. The bullets can also harm civilians, don’t shoot in vain.’

‘The situation is difficult, we have been under invasion,’ Saleh said in a video message. But he added: ‘The resistance is continuing and will continue.’

Taliban and resistance tweets suggested the key district of Paryan had changed hands several times in the last few days, but that also could not be independently verified.

Meanwhile, there were some signs of normality creeping back in the Afghan capital.

Qatar’s ambassador to Afghanistan said a technical team was able to reopen Kabul airport to receive aid, and domestic flights have also reportedly restarted, according to Al Jazeera.

The airport has been closed since the United States completed operations on August 30 to evacuate diplomats, foreigners and Afghans deemed at risk from the Taliban.

The Taliban’s main spokesman, Zabihullah Mujahid, also said one of the main foreign exchange dealers in Kabul had reopened.

Impoverished Afghanistan’s economy has been thrown into disarray by the takeover by the Taliban. Many banks are closed and cash is in short supply.