Comments come amid reports in Kabul news media of efforts by Afghan government to shut down armed group’s Doha office. 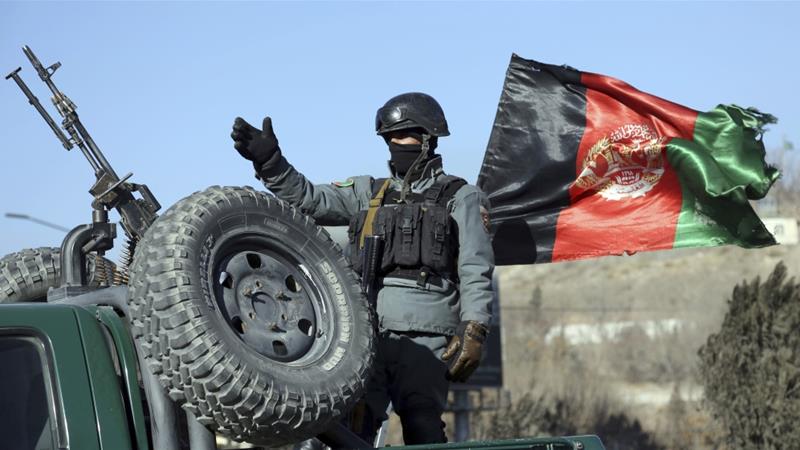 The Afghan Taliban has called for direct talks with the US to take place in its political office in Qatar.

A senior Taliban official based in Doha told Al Jazeera on Tuesday that the group invites US officials to its political office in Qatar to discuss a “peaceful solution” to end the bloodshed in Afghanistan.

His comments followed local news media reports in Kabul on Friday, claiming that the Afghan government has been discussing with Qatari authorities the closure of the Taliban’s Doha office.

The media reports cited government officials as saying the Doha office had “no positive consequence in terms of facilitating the peace talks”.

In an apparent warning to the Afghan government, the Taliban official said further talk of shuttering the Doha office would scuttle the group’s offer of talks altogether.

The Taliban official also said that departure of American troops from Afghanistan remains a precondition for the group’s talks offer.

“Our struggle is for the liberation of the country,” he said. “It is not a power struggle. How can a liberation struggle be deemed complete without foreign forces pulling out?

“Since it is [only] the US which can decide and implement a decision for the withdrawal of foreign forces from Afghanistan, that is why direct talks with the US are necessary in the first phase.

“During a second phase, we can sit with the Afghan government and discuss all of the domestic issues.”

The Taliban broached the possibility of direct talks with the US two weeks ago, with the group issuing a letter calling on Americans and “peace-loving congressmen” to convince US President Donald Trump to join negotiations.

Following the overture, Afghan officials said on Tuesday the Taliban should instead hold discussions with the Kabul government, adding that they were willing to meet the group’s representatives “anywhere”.

The back and forth came a day before of the second round of the Kabul Process conference. About 25 countries and organisations, including the UN and NATO, will attend Wednesday’s meeting in the Afghan capital.

In December, General John W Nicholson Jr of the US army said his country would deploy more troops in an advisory role to Afghan forces in 2018, on top of the 14,000 American soldiers already stationed in Afghanistan.

The increase follows Trump’s pledge in August 2017, saying the US will continue to fight in the country.

“We are not nation building again. We are killing terrorists,” Trump said.

The US invaded Afghanistan in 2001 and has become the country’s longest military intervention since Vietnam. It has also been the costliest, with more than $100bn spent so far.

Despite the latest developments, ordinary Afghans remain resigned to the prospect of continued violence and sceptical about diplomatic efforts to end the conflict.

“If war took this long, peace will not come easy. The Kabul Peace conference will change nothing. As we have seen in the past, such conferences happen and end without any tangible results,” Abbas Arifi, a graduate student at Ibn-e-Sina University in Kabul, told Al Jazeera.

“Politicians talk, smile and take photos at the end, and say they are hopeful about peace. [But] war is a fact and peace is a dream.”

Fatima Roshanian, a Kabul resident, believes women should be involved in the peace process, but added: “The Taliban will not want any woman in such a position, so what’s the point?”

Khalida Kazimi, a law student at Kabul University, says she does not believe in negotiating with the Taliban “who have killed many innocent people”.

“Taliban kill people and the Afghanistan government want to make the peace deal with them. I find this very strange,” she told Al Jazeera by phone from Kabul.

As the Afghan army and US-led coalition forces battle the Taliban for control of territory, the overall security situation shows no signs of improvement.

At least 150 people were killed in suicide attacks in January alone.

On January 21, the Taliban orchestrated a bloody siege at Kabul’s Inter-Continental Hotel that left at least 20 dead. 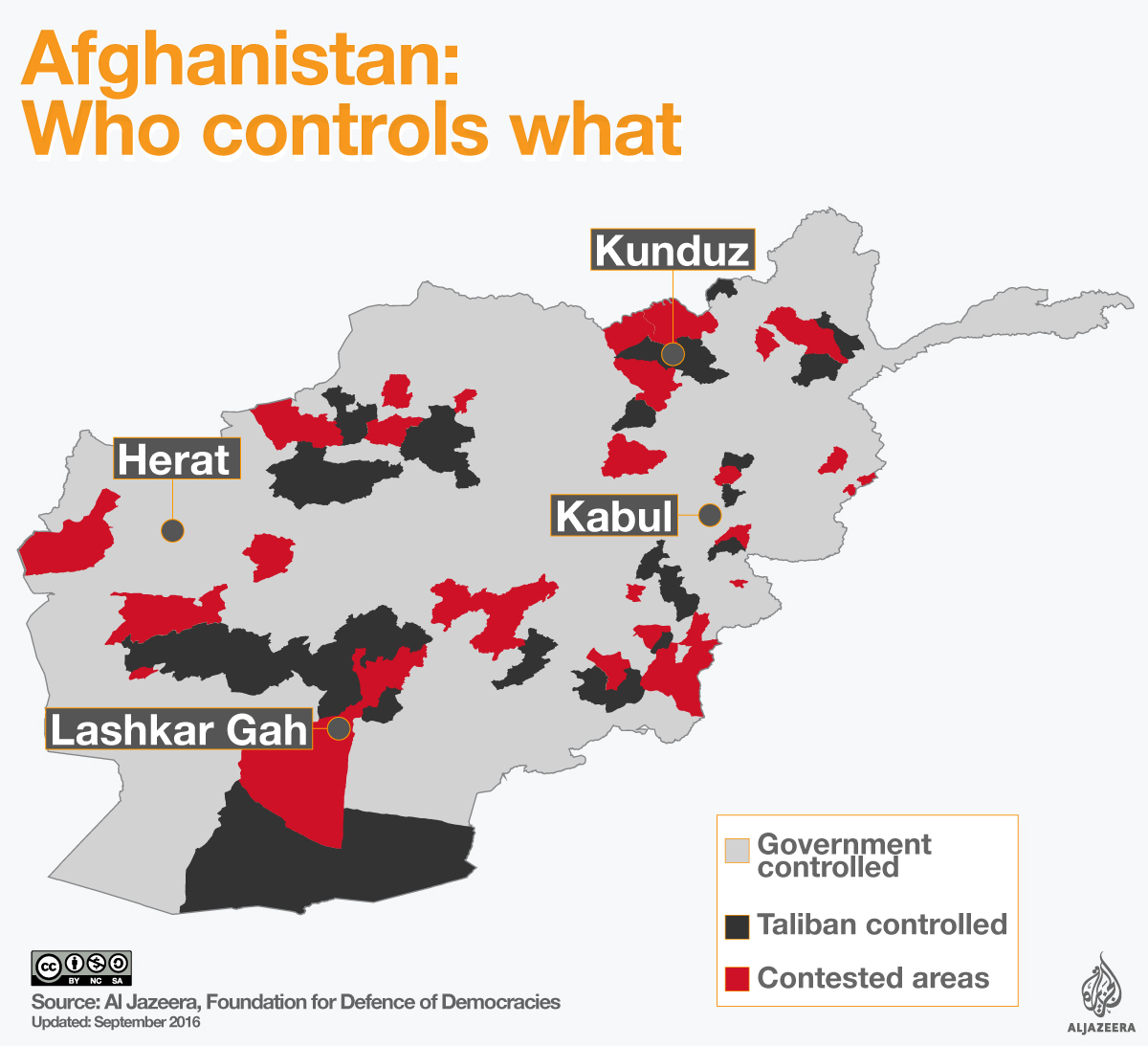 A few days later on January 24, fighters belonging to the Islamic State of Iraq and the Levant (ISIL, also known as ISIS) group killed three people at the office of Save the Children, in the eastern city of Jalalabad.

On January 27, a Taliban attacker drove an ambulance filled with explosives into the heart of Kabul, killing at least 103 people and wounding as many as 235.

A day later, at least 11 soldiers were killed when fighters attacked a military academy, also in Kabul.

“How many conferences and peace processes have been held in Afghanistan and abroad? Why is fighting still ongoing in Afghanistan?” Khalida Kazimi asked. 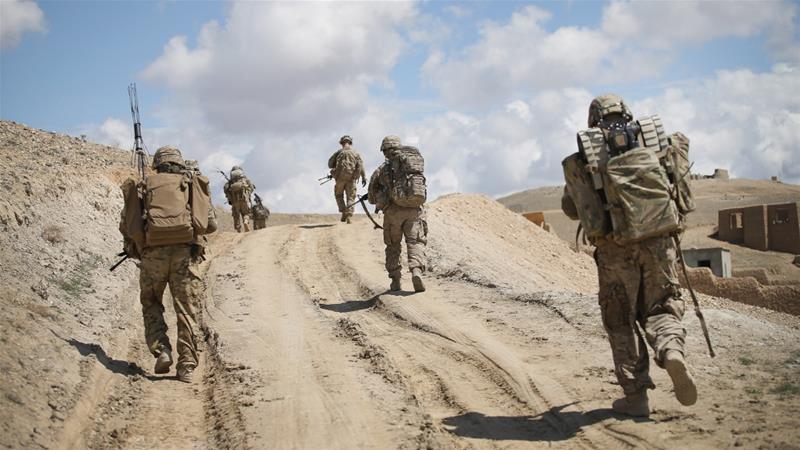 Was the Afghan government complicit in war crimes?