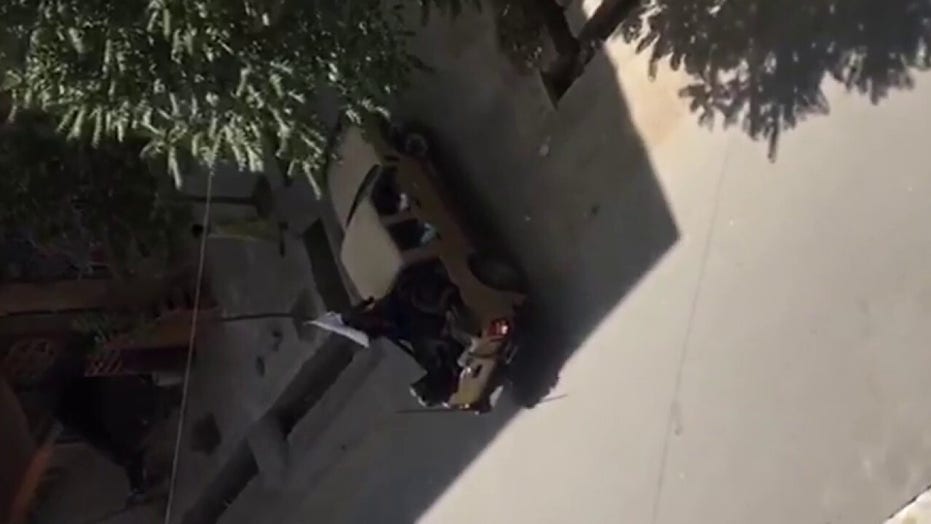 Even as Afghanistan’s resurgent Taliban pledged to respect “women’s rights” in a propaganda blitz Tuesday, fighters from the group shot and killed a woman in Takhar province after she went out in public without a burqa.

And in Kabul, Taliban vehicles packed with armed militants were recorded on video patrolling residential areas for activists and government workers. Gunshots can be heard as they accelerate down the street.

Longtime Taliban spokesman Zabihullah Mujahid held his first news conference Tuesday to state that the extremist group would honor women’s rights — within sharia law. He also claimed that amnesty would be offered to Afghans who had worked for the country’s defunct, U.S.-backed government

Before the post-9/11 U.S. invasion toppled the Taliban government in 2001, the group severely curtailed women’s freedoms, confining them to their homes without a male chaperone and enforcing strict dress codes. 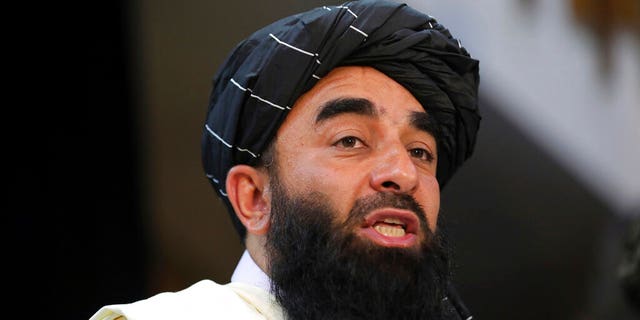 Taliban spokesman Zabihullah Mujahid speaks at at his first news conference, in Kabul, Afghanistan, Tuesday, Aug. 17, 2021. Mujahid vowed Tuesday that the Taliban would respect women’s rights, forgive those who resisted them and ensure a secure Afghanistan as part of a publicity blitz aimed at convincing world powers and a fearful population that they have changed. (AP Photo/Rahmat Gul)

This week, the Taliban is encouraging women to return to work and girls to go back to school, where headscarves are being handed out, according to the Associated Press. But a damning photo shows a woman in district Taloqan, Takhar province, lying in a pool of blood as her parents and others crouch around her, a pitcher on the ground nearby.

Earlier Tuesday, an Afghan and former State Department contractor told Fox News that Taliban fighters had set up checkpoints throughout Kabul, in some cases beating civilians trying to get to the airport and escape the country.

“There was kids, women, babies, old women, they could barely walk,” he said. “They [are in a] very, very bad situation, I’m telling you. At the end, I was thinking that there was like 10,000 or more than 10,000 people, and they’re running into the airport … The Taliban [were] beating people and the people were jumping from the fence, the concertina wire, and also the wall.”

He said the militants were going through neighborhoods in search of people who’d helped the U.S. and that Taliban fighters had questioned his neighbors about him.

The situation on the ground in Afghanistan is rapidly evolving, according to the State Department, which is scrambling to evacuate thousands of Americans and allies following the Taliban’s rapid sweep across the country.

Even before the U.S. finished departing from the country, Taliban fighters claimed territory across the country, including Kabul, the nation’s capital. In many instances, the U.S.-trained and supplied Afghan military ceded ground without a fight. President Ashraf Ghani fled the country Sunday, and Taliban fighters were posing for pictures in the presidential palace hours later..

As many as 11,000 Americans remained in the country as of Tuesday, with the Biden administration scrambling to arrange flights.

However, Psaki stopped short of pledging that the military would help evacuate all Americans and allies who remain in the country past the end of the month.

“Our focus right now is on doing the work at hand,” she said, defining that as evacuating as many eligible people as possible.

State Department spokesperson Ned Price told Fox News Tuesday that the U.S. has “received assurances” from the Taliban that the group will allow safe passage for civilians headed to Kabul’s airport.

“We take it for what it is,” he said. “We will of course be looking for one thing and one thing only, follow through.”