ZURICH (Reuters) – Switzerland’s divided cabinet looks bound for a clash with the European Union with its likely rejection on Friday of a draft treaty that has exposed deep divisions in Swiss attitudes toward its biggest trading partner. 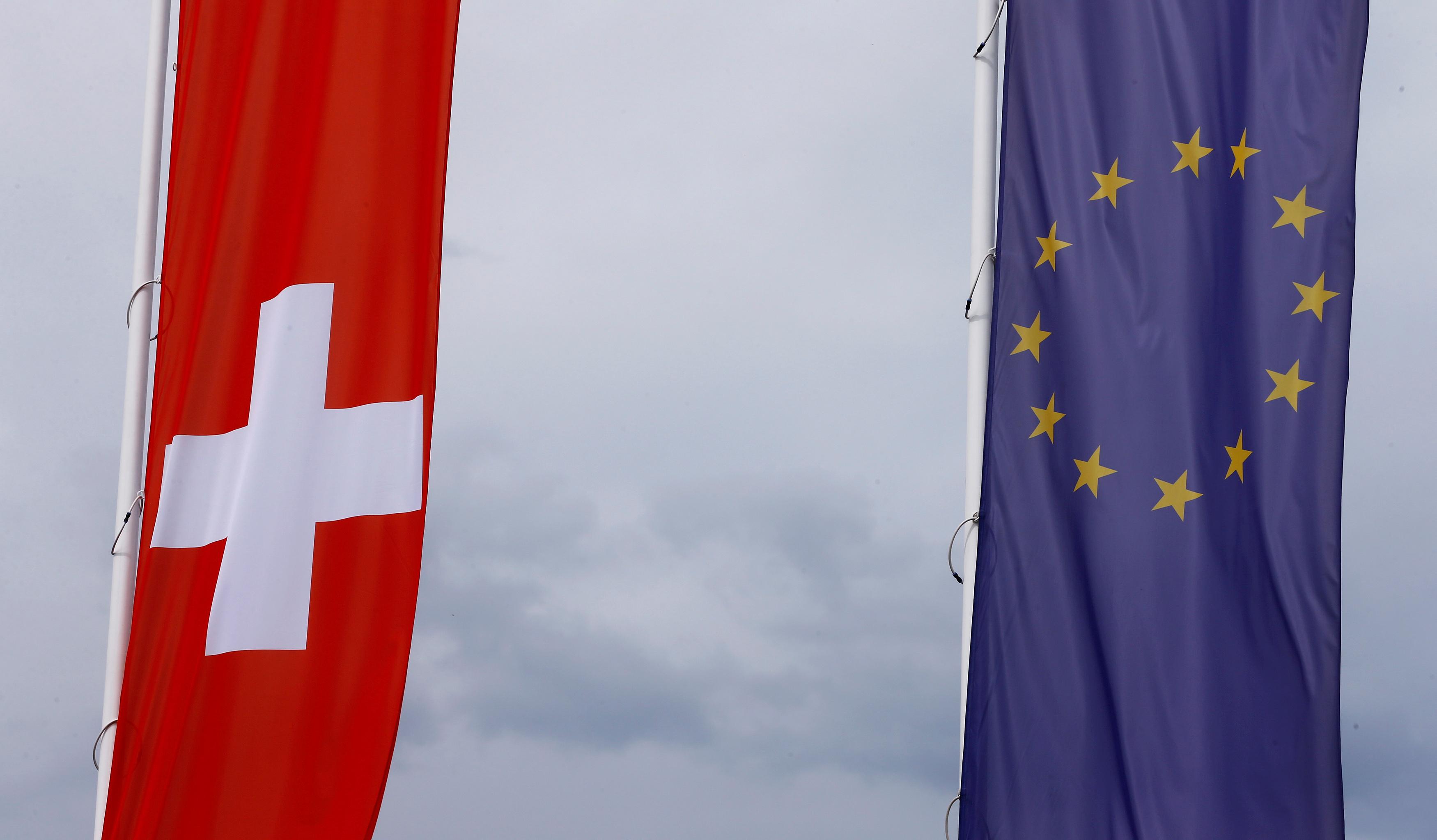 Brussels has pressed for a decade for an accord that would have Switzerland routinely adopt changes to rules in the single market that is the lifeblood of Swiss exporters. It also wants changes to Swiss labor rules that defend high local wages.

The draft pact negotiated over nearly five years would provide a more effective system for resolving disputes, using arbitration panels to handle disagreements while still giving the European Court of Justice a say in how to interpret law.

But both the traditionally pro-Europe left and the anti-EU far right say the deal infringes too much on Swiss sovereignty. leaving the four-party coalition short of a majority to approve the political hot potato before elections next year.

That sets up a fight with Brussels, which will ban EU-based banks and brokers from trading on Swiss stock exchanges beyond the end of 2018 as a punitive measure should Bern not sign off on Friday. That would prompt Swiss retaliation.

The talks are complicated by Britain’s own tortuous negotiations on EU divorce terms, with the European Commission loath to be soft on the Swiss for fear of providing ammunition to Brexiteers. Some Swiss also want to see what Britain can wrangle for itself before striking Bern’s own EU deal.

Relations between neutral Switzerland and the bloc that surrounds it have swung between friendly and fraught for decades as the Swiss balance the economic benefits of close commercial ties with a traditional wariness of foreign entanglements.

Two-thirds of Swiss foreign trade is with the EU. Around 1.4 million EU citizens live in Switzerland – foreigners in all make up a quarter of the population of 8.5 million – and more than 300,000 commute daily, helping Swiss companies fill key jobs.

More than 450,000 Swiss live in the EU, and Switzerland is a top trade partner for the EU after the United States and China.

Relations suffered in 1992 when Swiss voters rejected joining the European Economic Area. This led to a negotiated patchwork of 120 bilateral accords that now govern ties.

The treaty in question would sit atop those accords and focus on five areas: free movement of people, aviation, land transport, mutual recognition of industrial standards and processed farm goods.

If talks fail, the sectoral accords would stay in effect but relations would suffer badly. No deal would mean no increase in Swiss access to the single market, dashing hopes for a new electricity union. It could also endanger unfettered EU market access for Swiss makers of products such as medical devices.