A Swedish woman who blocked the deportation of an Afghan asylum-seeker by refusing to sit down on an airplane has been fined 3,000 SEK (£250)

Elin Ersson, 21, has been found guilty of breaking aviation law when she failed to comply with orders from Turkish Airways crew at Landvetter Airport in Gothenburg in July 2018.

She had purchased a ticket for the Istanbul flight with the intention of preventing the deportation of another Afghan man, however ended up stopping the expulsion of a 52-year-old convicted criminal.

Prosecutor James von Reis had asked the judge at Gothenburg District Court to jail Ersson for 14 days, however she evaded prison time. 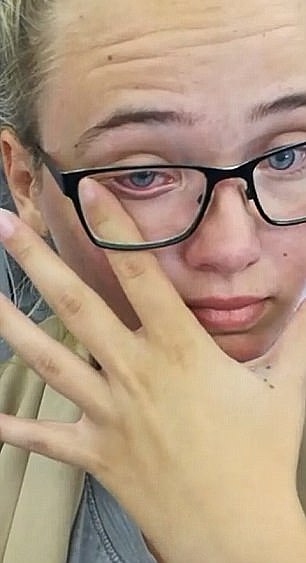 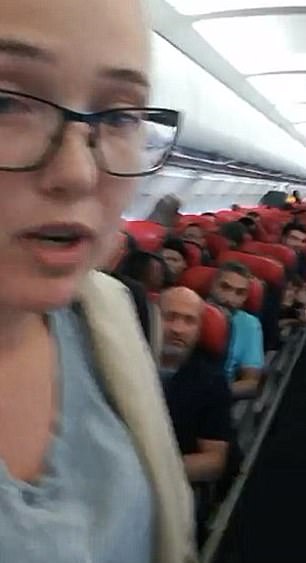 Viral: Elin Ersson, 21, staged a protest on an airplane as it was about to leave Sweden for Turkey, refusing to sit down until a 52-year-old Afghan man due to be deported was allowed off 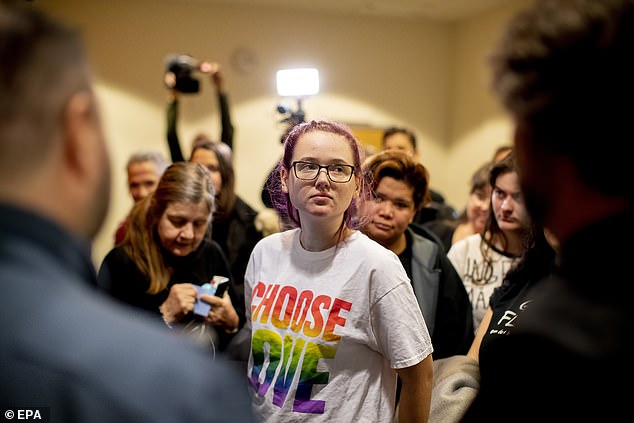 Ersson, pictured during her trial in the district court in Gothenburg, Sweden, evaded prison time and has been ordered to pay a 3,000 SEK (£250) fine

Bismallah S. had served time for assault, but Swedish police said his denied asylum application had not been related to his crimes.

The 52-year-old had assaulted his wife and their two teenage daughters in their home in Sweden, according to Deutsche Welle.

Ersson’s livestreamed video recording of her protest, which sees her argue with disgruntled passengers and staff ordering her to take her seat, went viral and generated millions of views worldwide.

At one point in the video, a disgruntled fellow passenger tries to seize her phone, but she asks him: ‘What is more important, a life, or your time?’

‘All I want to do is stop the deportation and then I will comply with the rules here. This is all perfectly legal and I have not committed a crime.’

However, prosecutors disagreed, and indicted her for breaking aviation laws in October last year. 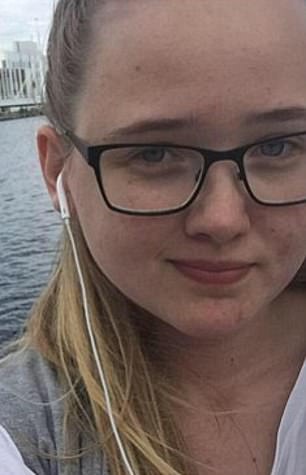 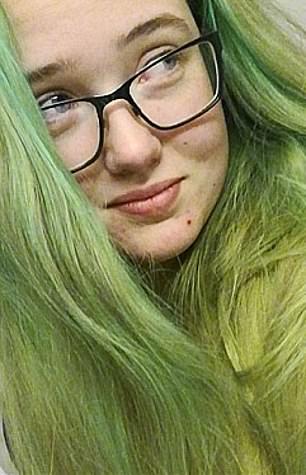 Allegations: Ersson was found guilty of breaking aviation law when she failed to comply with orders from Turkish Airways crew at Landvetter Airport 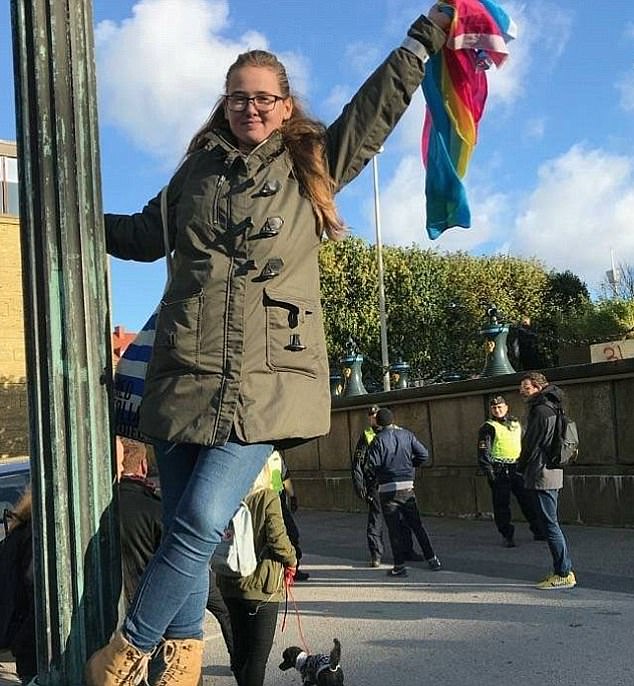 Still happy: The 21-year-old said that finding out that the 52-year-old was a convicted criminal did not change her opinion about stopping his deportation as she claims being sent to Afghanistan amounts to a ‘death sentence’

Ersson had initially planned on stopping the deportation of a 21-year-old Afghan man whose asylum application had also been rejected.

However, upon arrival at Landvetter Airport, she was told he had already been sent out of the country on another flight.

When she heard that 52-year-old Bismallah S. was due to be deported on an upcoming flight, she bought a ticket.

Her disruption of the flight severely delayed take-off and eventually saw her and the Afghan and his assigned security removed from the flight.

Ersson said afterwards that she had not been aware that the 52-year-old was a convicted criminal, however said she still felt her protest was justified, as going to Afghanistan amounted to a ‘death sentence’.

Bismallah S. was deported to Afghanistan a few weeks later.

Ersson’s lawyer has maintained that his client is innocent, saying the aviation act only applies to actions taken whilst the plane is in the air.

‘During the entire action she was prepared to follow the orders of the captain on board, and she left the plane as soon as the pilot decided that she should do so,’ the lawyer, Thomas Fridh, said at the time of indictment in October.