A family dog was killed by a swan while swimming in a duck pond at an Irish park.

The bird attacked the pet with its wings, beating the dog ‘with one wing and then the other’ in Bushy Park in Dublin.

The swan had reportedly noticed the cocker spaniel in the water and broken away from where it was swimming with its fellow swans and cygnets to confront the dog.

A man who saw what was happening tried to distract the swan but to no avail, the Irish Times reported. 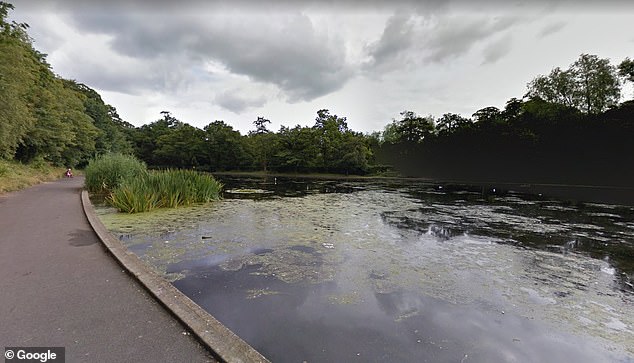 He told the newspaper: ‘The poor dog didn’t realise what was going on and swam straight for the swan.

Describing the attack he said: ‘That stunned the poor thing. Three or four more slaps and she was gone.

The swan had taken action to protect its cygnets, he said.

The owner had also been shouting from the other end of the pond to get the dog’s attention, the witness recalled.

After his efforts proved fruitless, the devastated owner also dropped his phone in the pond, he said. 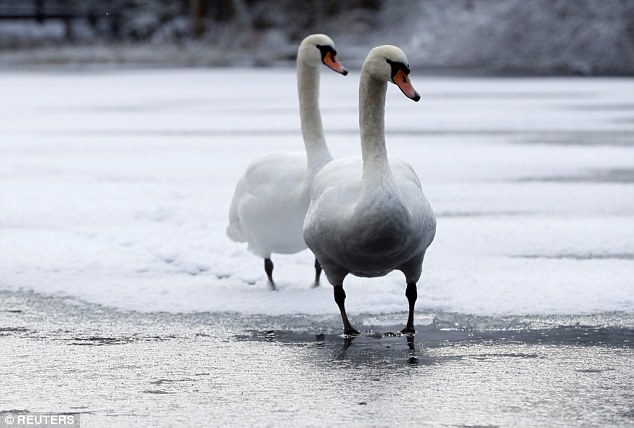 A park ranger said he had ‘never heard of anything like this happening before’.

UK charity The Swan Sanctuary says that the birds’ wings could in theory be powerful enough to break a human’s arm.

‘In reality it is almost unheard of and is never used as a form of attack as swans are a defensive bird,’ they explain.

‘The only time they become aggressive is when they are protecting their nesting ground or cygnets when they will chase off intruders, be they other swans, geese or humans who get too close.’