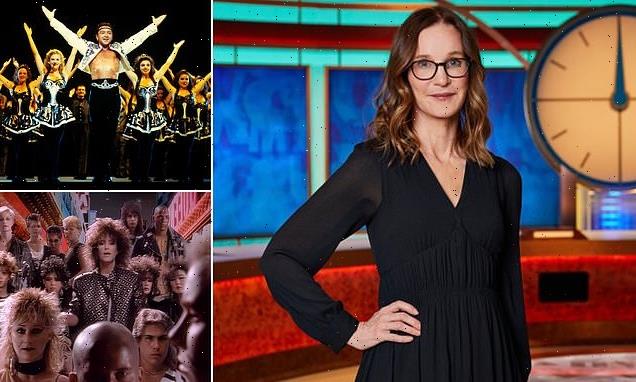 ‘I am the Lord of the Dance SETTEE’: Countdown’s Susie Dent admits she eavesdrops on strangers’ chats in the hopes of hearing well-known phrases and song lyrics hilariously misheard… and admits even SHE gets it wrong

We can all remember that moment when we realise we’ve been singing along wrongly to a popular track or misquoted a well-known phrase.

Malapropisms were also the bane of the life of George W. Bush, who was famous for his verbal slip-ups both during and after his time as US President.

Now, Countdown star Susie Dent, 57, has written about rote how she eavesdrops on the conversations of strangers in the hope of hearing a malapropism.

Writing in Saga Magazine, she told how one person in a coffee queue exclaimed that something was ‘the whole crotch of the matter’, while another explained in a text message that her boss was a ‘pre-Madonna’.

But the Countdown whizz admitted that when singing hymns at school she would sing ‘I am Lord of the Dance settee’ – instead of the correct ‘said he’.

She explained that the lyrics, from 1963 hymn Lord of the Dance, were about Jesus Christ dancing on a sofa.

But it is not just well-known phrases that Britons have gotten wrong. Song lyrics often trip people up too.

Research in 2016 revealed the top 40 most commonly misheard lyrics.

Among them was a misquote of the main line of Starship’s hit ‘We Built This City’, with many Britons believing it is ‘We built this city on sausage rolls’ – rather than ‘rock and roll’. 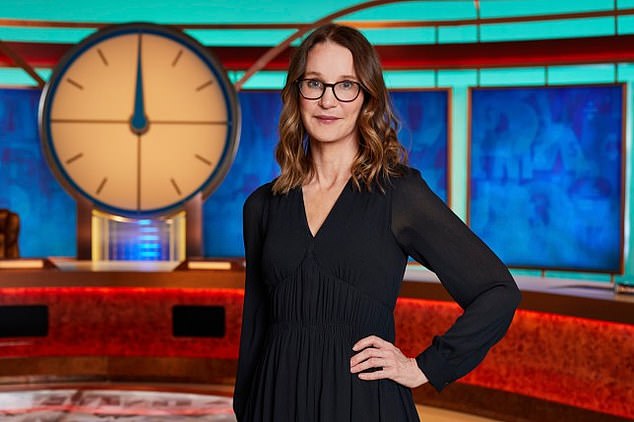 Another, from Queen’s Bohemian Rhapsody, saw some recite ‘Spare him his life from this warm sausage tea’, rather than ‘this monstrosity’.

The most commonly misheard lyric according to the survey of 2,000 adults was from Dire Straits’ ‘Money For Nothing’.

The term ‘malapropism’, which means refers to the mistaken use of an incorrect word in place of a word with a similar sound, dates back to an 18th Century comedy character.

Her name stems from the French word mal à propos, which means ‘inappropriate’.

Overall, three quarters of the people surveyed by Starkey Hearing Technologies admitted to singing along to the wrong words of popular tunes.

Wannabe singers often mishear the lyrics to Taylor Swift’s ‘Blank Space’, believing she is singing ‘All the lonely Starbucks lovers’ – and not ‘Got a long list of ex-lovers’.

Also featuring in the Top 40 is ‘Call me when you try to wake her’, from REM’s 1993 hit ‘The Sidewinder Sleeps Tonite’. It is commonly misheard as ‘Calling Jamaica’. 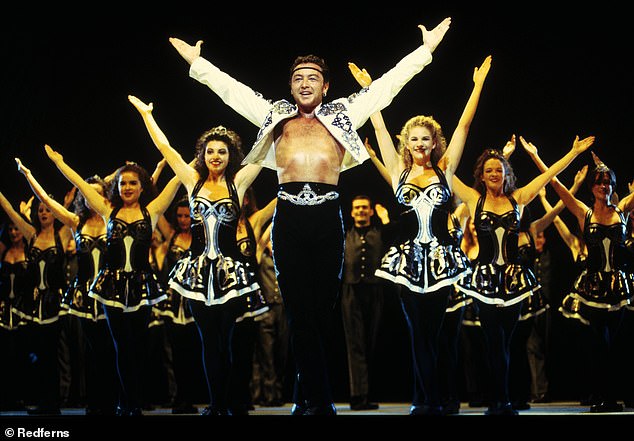 The Countdown whizz admitted that when singing hymns at school she would sing ‘I am Lord of the Dance settee’ – instead of the correct ‘said he’. Above: Lord of the Dance is also the name for the popular Irish musical created by Michael Flatley (pictured) 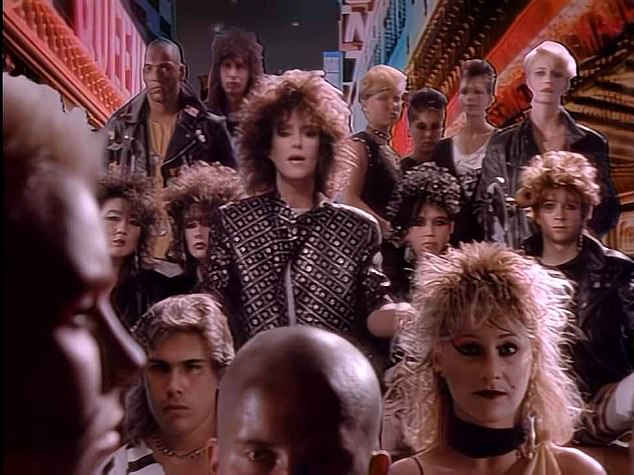 Hot Chocolate’s ‘Sexy thing’ is commonly mistaken – with ‘I believe in miracles’ misheard as ‘I remove umbilicals’.

And the chorus from Kings of Leon’s ‘Sex on fire’ has been wrongly heard as ‘dyslexics on fire’.

Similarly, Chaka Kahn’s ‘I’m Every woman’ has been misheard as ‘I’m Terry Wogan’.

President Bush was called out for several malapropisms, including when he said in 2000: ‘We cannot let terrorists and rogue nations hold this nation hostile or hold our allies hostile.’

He in fact meant to say ‘hostage’.

Dent has appeared as Channel 4 show Countdown’s resident lexicographer – in the show’s ‘Dictionary Corner’ – since 1992.

THE TOP 40 MOST MISHEARD LYRICS

The below list was compiled after a survey of 2,000 Britons by Starkey Hearing Technologies in 2016:

10. ‘Calling Jamaica’. Correct lyric: ‘Call me when you try to wake her’ from R.E.M.’s ‘The Sidewinder Sleeps Tonite’.

12. ‘All the lonely Starbucks lovers’. Correct lyric: ‘Got a long list of ex-lovers’ from Taylor Swift’s ‘Blank Space’.

26. ‘I remove umbilicals’. Correct lyric: ‘I believe in miracles’ from Hot Chocolate’s ‘You Sexy Thing’.

29. ‘Let me just staple the vicar’. Correct lyric: ‘Just let me state for the record’ from Sister Sledge’s ‘We Are Family’.