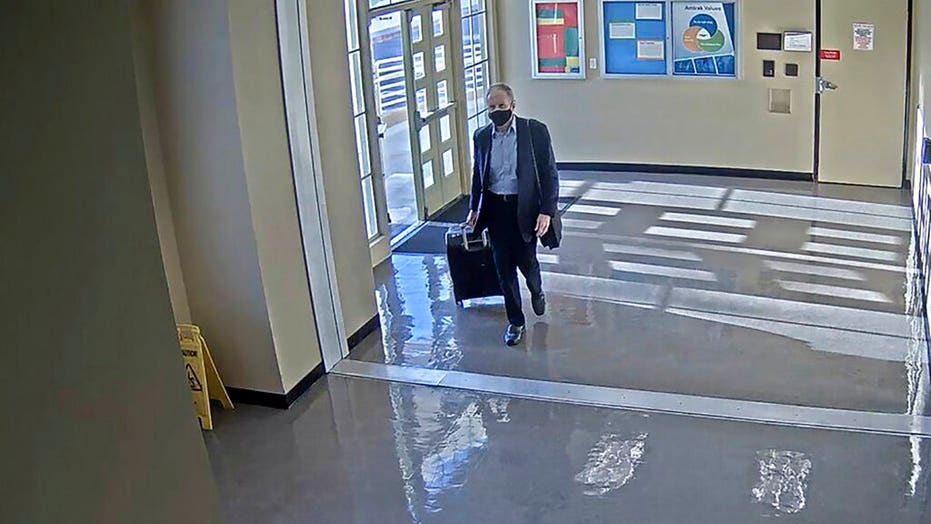 Investigators released new evidence and surveillance photos Friday that places an attorney suspected of killing a lawyer in California at the time of the murder.

Investigators say that on July 7, Den Hollander arrived at the San Bernardino train station and rented a car. Four days later, Den Hollander drove his rental car to Angelucci’s house, where he shot and killed him. 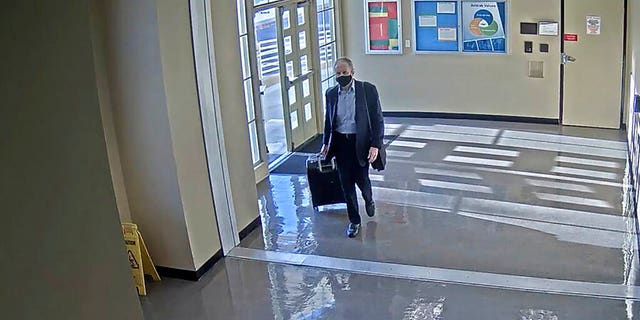 Hollander immediately fled the area in his rental car and boarded a train at Union Station in Los Angeles and left California, police said.

The information emerged as authorities worked with the FBI in Newark to investigate a separate shooting at U.S. District Judge Esther Salas' home on July 20, that killed her 20-year-old son and critically injured her husband.

Den Hollander, 72, was found dead from a self-inflicted gunshot wound in New York’s Sullivan County just a day after the shooting at the Salas' residence.

Judge Salas presided over a gender-equity lawsuit that Den Hollander filed in 2015, where his client, a young woman from New Jersey, wanted to register for a potential military draft. He later withdrew as the lawyer in the case after being diagnosed with cancer.

Meanwhile, Angelucci, a men's rights attorney, was victorious in a similar lawsuit filed in California.

Den Hollander and Angelucci were also both associated with the National Coalition for Men (NCFM).

Den Hollander described himself as an “anti-feminist” attorney who filed unsuccessful lawsuits challenging the constitutionality of “ladies night” promotions at bars and nightclubs, sued Columbia University for providing women’s studies classes, and sued news organizations over what he said was biased coverage.

In more than 2,000 pages of often misogynistic, racist writings posted online, Den Hollander had sharply criticized Salas and other female judges. He also wrote about wanting to use the rest of his time on earth to “even the score” with his perceived enemies, using “cowboy justice.”

Authorities say a package addressed to Salas along with a photograph of New York Chief Judge Janet DiFiore were among some of the objects found with Den Hollander's body.

Both the Salas home and Angelucci were targeted by a gunman posing as a FedEx delivery driver, police said.