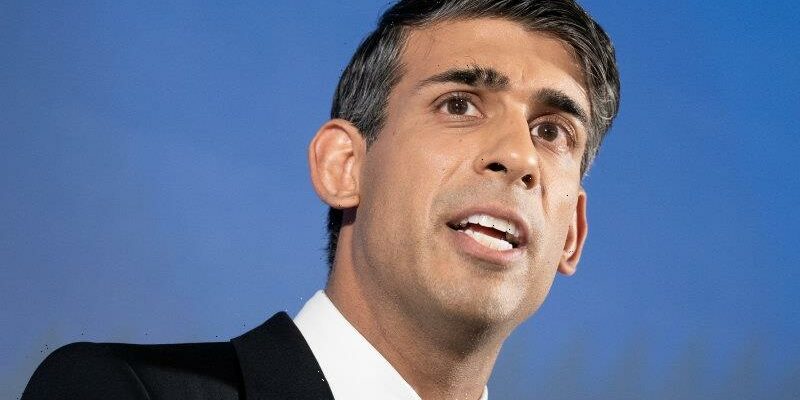 London: Rishi Sunak has made his first major speech as British Prime Minister, re-framing his government’s plans as answers to the “people’s priorities”.

Setting the scene for the next 18 months, Sunak, who in October became the third prime minister in two months, made five promises that will likely test his ability to salvage his beleaguered Conservatives. Polls say the party is on track to lose government to Labour at the next election due next year. 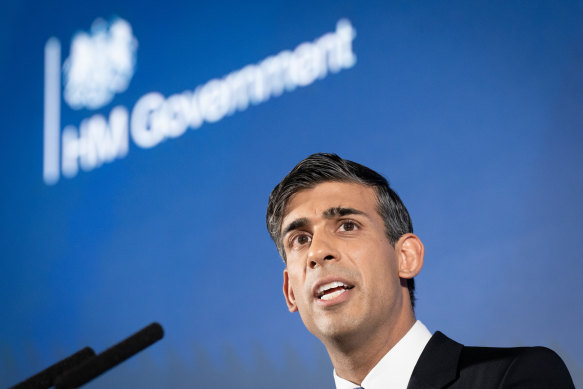 He pledged to halve inflation and grow the economy this year, cut hospital waiting lists, reduce debt, and “stop the boats” of asylum seekers arriving on Britain’s south-east coast from France.

He acknowledged the sense of decay pervading the country in the face of multiple strikes including by rail workers, paramedics, nurses, postal workers and London transport workers.

Economically, the country is grappling with inflation rates not seen for 40 years. Food and non-alcoholic drinks are up 17 per cent and overall inflation is at 10.7 per cent. The OECD expects Britain’s economy to achieve 0 per cent GDP growth in 2023.

Sunak acknowledged that Britons were feeling “a lot of apprehension” about the future.

“We’re not going to get there overnight or even in this parliament,” he warned.

“But this is the journey we are on and despite all the challenges we face, all the anxieties that people feel, I know we can get there.”

He also unveiled a new policy that all children would have to study some form of maths until the age of 18.

“Improving education is the closest thing to a silver bullet that there is,” he said, adding that innovation was the key to many of the country’s problems, including achieving carbon neutrality by 2050.

Sunak could not give a timeframe by when he’d stop the boats but said the country would judge him on whether he was “straining every sinew” to address the record crossings – more than 40,000 – in 2022.

Efforts to deport migrants who arrive by boat to Rwanda for offshore processing have been stymied by the European Court of Human Rights. (Unlike Australia, Britain cannot tow boats into international waters because there are none in the English Channel.)

Sunak said the next step in curbing boat journeys was the House of Commons passing legislation to ensure that anyone who travels by boat will never be allowed to settle in the UK.

He said a recent deal struck with France to allow British police to jointly patrol the beaches of France from where boats depart would have an impact, as would an agreement with Albania to fly Albanians back home.

“I won’t offer you false hope or quick fixes, but meaningful, lasting change. I will only promise what I can deliver and I will deliver what I promise,” the prime minister said.