The documentary maker shared a snap cuddling a young Ugandan child during filming for Comic Relief and was criticised for "promoting unhelpful stereotypes." 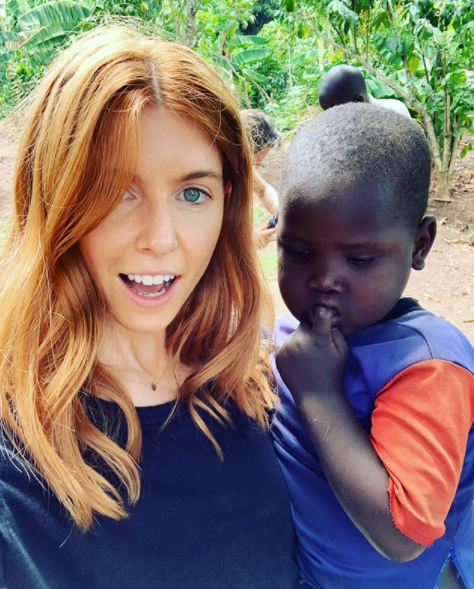 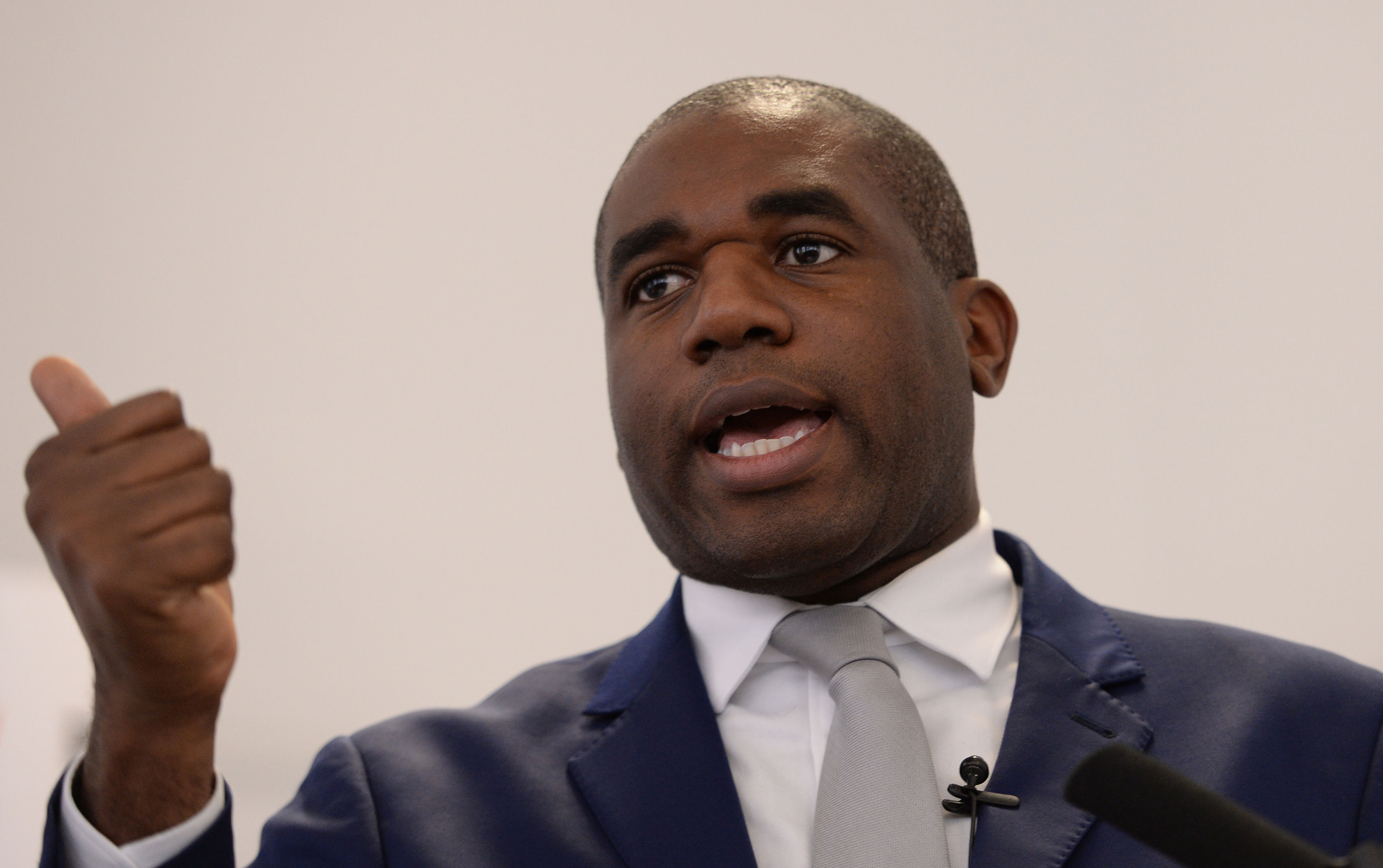 The 31-year-old hit back at the Tottenham MP asking if the issue was that she was white and that he "should go over there and try to raise awareness".

Mr Lammy, who has been the MP for the north London borough since 2010 said on Twitter:

"The world does not need any more white saviours. As I've said before, this just perpetuates tired and unhelpful stereotypes.

"Let's instead promote voices from across the continent of Africa and have serious debate."

While he said that he didn't have a direct problem with Stacey, his issue lies with British celebrities being flown out to Africa by Comic Relief to make films that send a "distorted image" of the continent.

Hitting back at the MP, Stacey wrote: "David, is the issue with me being white? (Genuine question) …because if that's the case, you could always go over there and try raise awareness?
"Comic relief have raised over 1 billion pounds since they started. I saw projects that were saving lives with the money. Kids lives."

David, is the issue with me being white? (Genuine question) …because if that's the case, you could always go over there and try raise awareness?

Lammy, who is of Guyanese descent replied: "Comic Relief has a huge platform and privilege and it is the first and major way children learn about Africa.

"If they only show Africans as helpless victims to be pitied, children miss the broader picture of huge progress in Africa.

"Comic Relief should be helping to establish an image of African people as equals to be respected rather than helpless victims to be pitied.

"It would therefore be better for people who actually live there to speak about the continent they know.

"They want their children to have rounded views about Africa and these types of campaign woefully fail to do that."

She was also blasted for "using African children as accessories" as she wrote she was "obsessed" with the youngsters on Instagram.

Images of Stacey cuddling one of the children prompted fans to urge the star to meet up with activist group No White Saviors, who criticise the white saviour complex, during her time in the country.

One blasted: "Come on Stace I love your journalism but please check out @nowhitesaviors You have a responsibility to not perpetuate this narrative on your feed."

Another of her followers wrote: "You should be using your platform to challenge the narrative not confirm it.

"Please do the right thing and take this image down."

The world does not need any more white saviours. This just perpetuates tired and unhelpful stereotypes.

A third posted: "This is not ok. I hope you take this down, and if you do not understand why this is wrong please visit @nowhitesaviors. Educate yourself! Learn from this mistake and do better."

And the negative stream of comments continued to flood her Instagram thick and fast, with a further writing: "Name that child…..oh wait, you probably can’t.

"Please take the time to visit @nowhitesaviors and learn why we must do better when working of volunteering abroad with communities that differ from our own. A child should never be used as an accessory for likes."

The activist group also got in touch with Stacey, offering to meet with the star to discuss what was wrong with her approach.

They wrote: "We have invited you to meet – we are not cruel people, But when you come to our country and decide to perpetuate a certain narrative we really want to help you understand why this is harmful."

However, there were those who leaped to Stacey's defence, with one writing: " Don't explain yourself, fab job!

"Here we go ? Stacey does an amazing job, sure she'll raise a lot where charities concerned unlike most on this thread. Can't do right for doing wrong nowadays." 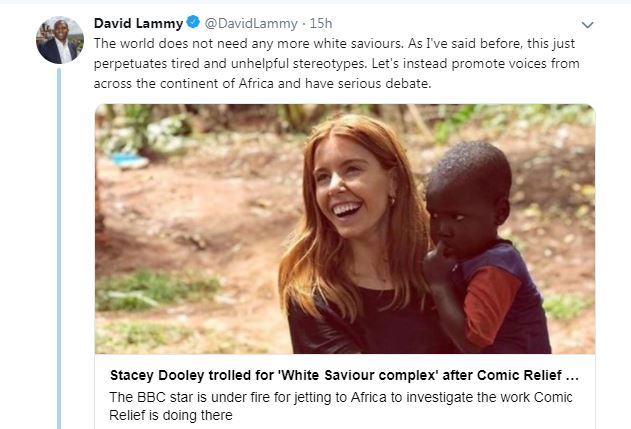 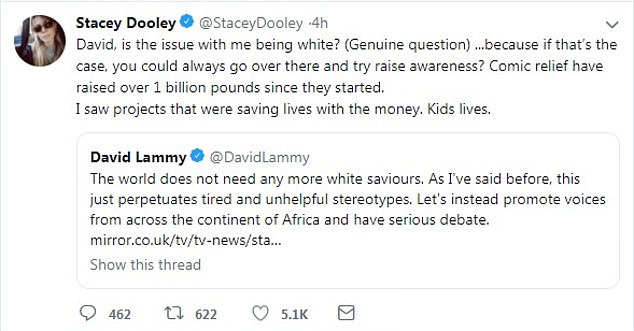 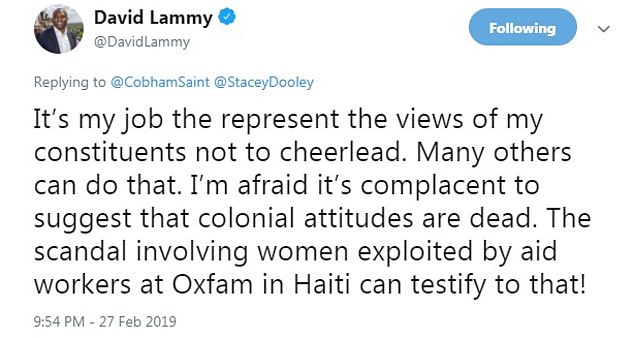 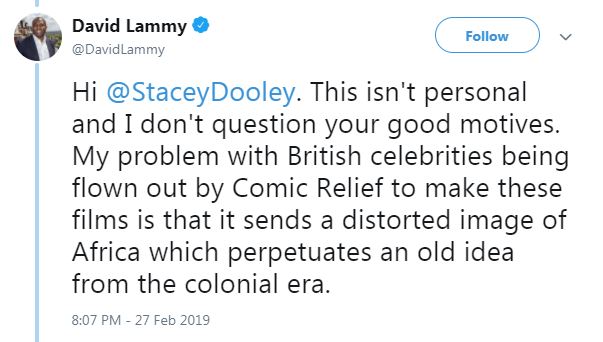 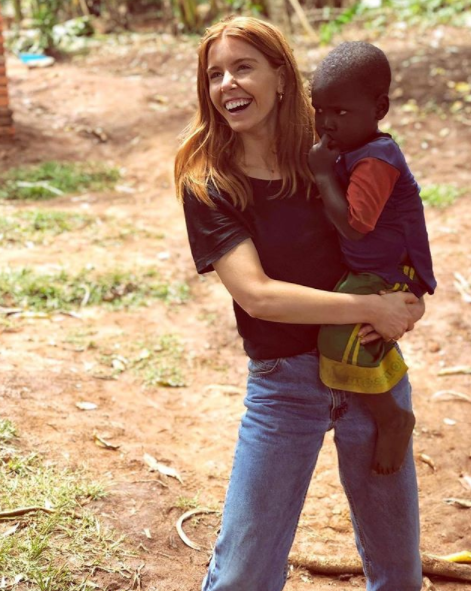 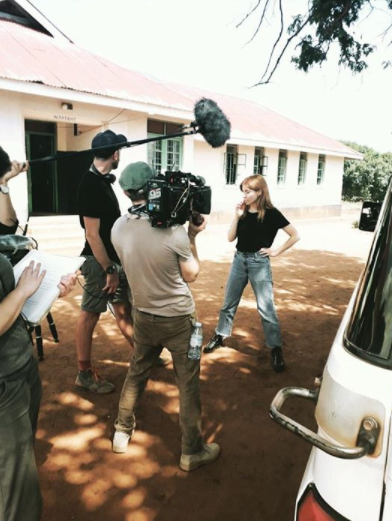 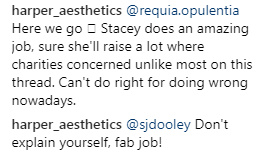