BBC1’s Sports Personality Of The Year and Strictly Come Dancing where, we knew, weeks in advance, the thoroughly deserving winners would be Emma Raducanu and Rose Ayling-Ellis, and the only question to be answered was “which ceremony will grate more?”. 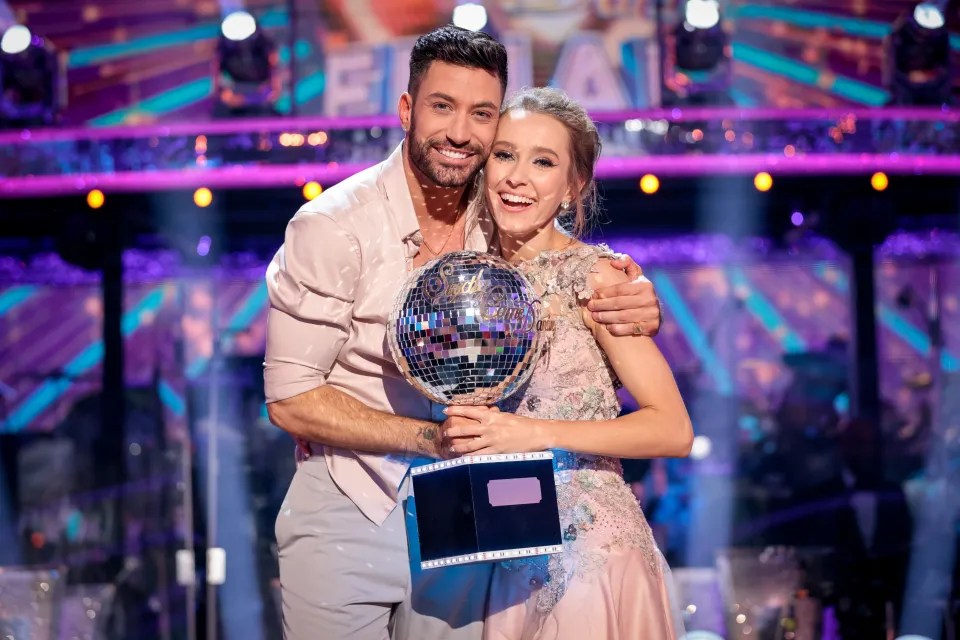 A closer call than you might think, as Strictly sobbed and bawled its way to the inevitable conclusion, on Saturday night, with Anton du Beke being by far the worst offender.

Strictly’s issues, though, are largely personnel-related and relatively superficial compared to the structural and political problems which have all but ruined Sports Personality Of The Year where, the following evening, poor Emma Raducanu was isolating in an Abu Dhabi hotel room, Tyson Fury had absented himself and they were also missing a studio audience.

No matter how solemn the health and safety warning gets, of course, it never reduces the number of BBC presenters who are always arranged along Boney M lines.

The only two they actually needed were Gary Lineker and Gaby Logan, who’s grown into an outstanding sports anchor, but the Beeb has an illness when it comes to staffing, so they’d also added the compulsory Alex Scott and the Sergeant Pepper era version of Clare Balding.

In fairness to “the awesome foursome”, as the BBC styled them, they did have a bit of a job on their hands, what with all the eulogies, poems, blood-from-a-stone Zoom interviews and subsidiary awards which included the Helen Rollason trophy, named in honour of the former Grandstand host, and “Young SPOTY”, named in honour of Stephen Hendry.

The passive-aggressive “eat your greens” tone here, obviously, was set by Clare Balding, who didn’t really come to life on Sunday until it was time to present the World Sports Star gong to Rachael Blackmore in honour of her historic first female win at the Grand National.

The jockey’s triumph, you sensed, was very much Clare’s triumph as well. If you thought for one second, though, that Rachael “smashing the glass ceiling” would result in Clare and the gang dialling it down for the rest of the night, you couldn’t have been more wrong.

The cult of woke is a 24/7 operation driven by far greater forces than the rest of us mere mortals can ever understand.

It does also like to impose its own will on everything, so the Lifetime Achievement award was given to 24-year-old US gymnast Simone Biles, who famously withdrew from the Olympic team event citing “mental health issues”, before returning to win a bronze medal.

No one, of course, could ever doubt her sublime talent or the ordeal she’s been through, which no trophy on earth could begin to heal.

But while she may have “led the mental health conversation in Tokyo”, television was repeating it so obsessively, before the games started, it had already reduced a serious subject to yet another celeb sob cliche.

The rule of less is more does not switch off purely on grounds of worthiness, which is why a lot of us probably zone out at the first mention of “mental health”. 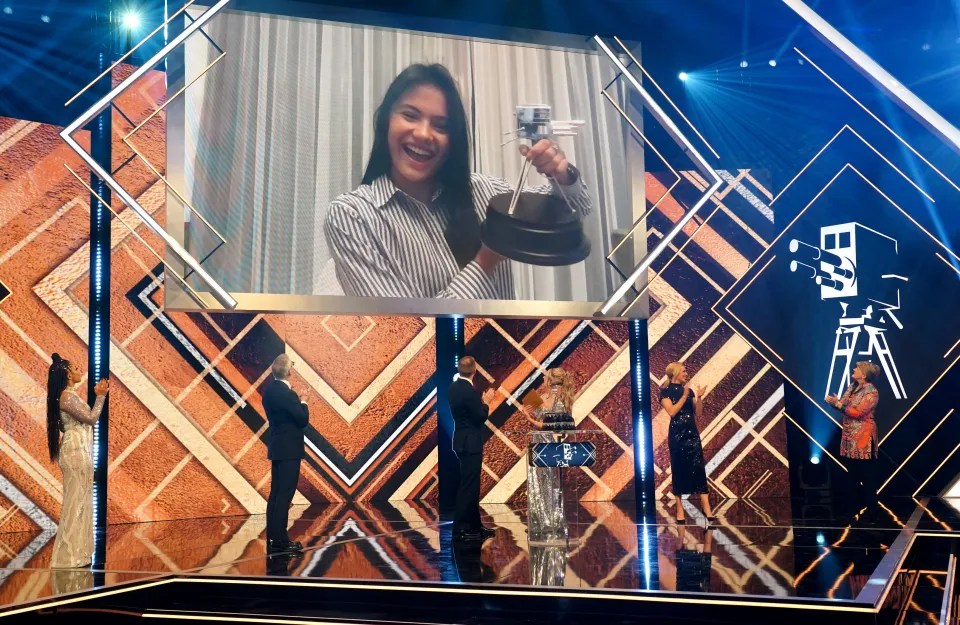 Some of us also can’t help noticing that, in its endless pursuit of the moral high ground, SPOTY has also restructured the event and completely destroyed the whole point of the Helen Rollason Award: “For outstanding achievement in the face of adversity.”

This won’t bother the BBC one little bit, obviously. The work of the woke is never done. Indeed, there is only one event that could ever push back against the right-on tide consuming BBC Sport and it’s almost too horrific for some people to contemplate.

However, Gaby Logan was bold enough to “go there” when she interviewed Gareth Southgate shortly after he was awarded the title (no sniggering here, please) “Coach of the Year”.

“A year today it’s the World Cup final. Can they go the next step and win it?”

Yes, Gaby. They absolutely can, but let’s not get ahead of ourselves. Scotland haven’t even qualified yet.

The seen it all before

2021 really wouldn’t have been done without guffing out one more psychological thriller set in a designer house, would it? 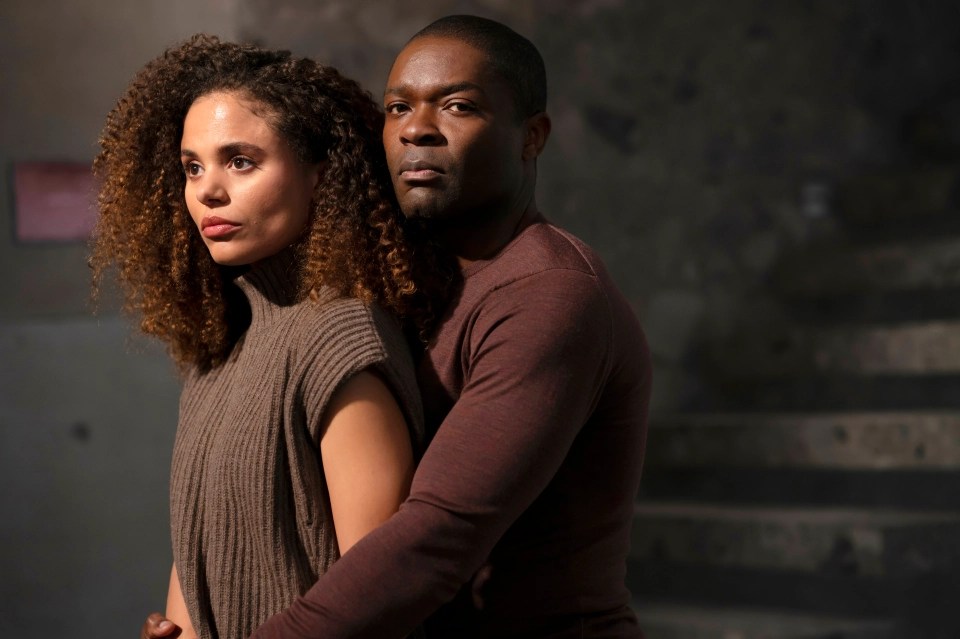 The Girl Before, a four-part BBC1 stench that owed a lot to Doctor Foster, which can probably also be blamed for Angela Black, Finding Alice and the entire back catalogue of lone-woman-in-peril dramas we’ve endured in the past year.

It took down everyone with it, though, including: Gugu Mbatha-Raw (Jane); EastEnders’ Jessica “Emma” Plummer, who probably wished she was still impaled on Gray’s dishwasher; the Mark VI version of Peter Beale, Ben Hardy, who played Simon, the real killer; and David “Edward” Oyelowo, who could no more convince me he was a charismatic but controlling architect than he could pogo up the Matterhorn with Vanessa Feltz in his rucksack.

I felt for them all, obviously, but no one more than actor Jason Thorpe, the prosecution barrister John Broome, who, just at the point The Girl Before had lost the plot and I’d lost the will to live, had to fold his hands very seriously and announce: “This is an utter s**t-show.”

Unexpected morons in the bagging area

THE Weakest Link, Romesh Ranganathan: “In the geologic timetable what J is a period on Earth when there was an abundance of dinosaurs?”

Tipping Point, Ben Shephard: “The words Brook, Brown and Rainbow can go before which word to give a species of freshwater fish?”

Romesh: “In hotel accommodation, a twin room has how many beds?”

I’m A Celebrity, Ant: “Name three of the six countries that share a land border with Italy?”

THE sobering Sports Personality Of The Year realisation that Greg James is now the BBC’s idea of “funny”.

The “panel of experts” who thought Gareth Southgate and England were more deserving winners than Catriona Matthew and her Solheim Cup team.

Jonathan Ross obsessively asking his guests about their pet bloody dogs. Any quiz show where the contestants can’t just give an answer, they have to “lock it in”.

And the desperate and undignified lengths ITV’s Walk The Line wardrobe department went to in their efforts to give Gary Barlow a “rock ’n’ roll” edge, even though he is a man who can never look like he’s doing anything else other than filing the accounts at a road haulage company.

Lookalike of the week 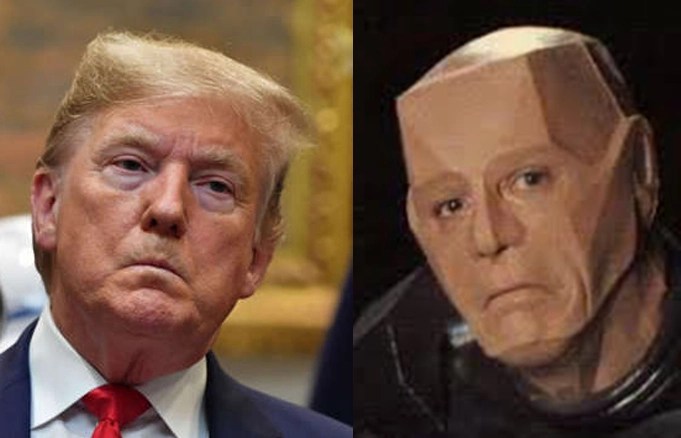 Emailed in by Julian Dunn.

PAUL WARING: “We’ve tested the players with symptoms who didn’t have any.”

Carla Ward: “I’ve got an opinion on it, but I’ll keep my mouth shut. It just wasn’t good enough.”

Elvis Costello playing Pump It Up at the Royal Variety Show.

BBC2 repeating Porridge’s brilliant Christmas episode, The Desperate Hours.
And (if I’m very generous) ITV’s surprisingly enjoyable Madame Tussauds: The Full Wax, which examined the fickle nature of fame via those ­waxworks who’ve been discarded forever (Hitler, Tony Blair, Robbie Williams etc) and those rarities who’ve been given a second chance on display: “Like Boris Johnson, who’s back on the floor.” (At time of going to press).