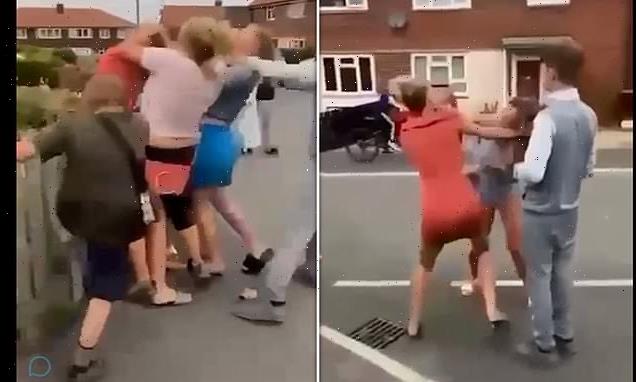 This is the shocking moment a teenage girl and a woman nearly twice her age brawled in ‘Shameless-style’ catfight during the heatwave.

The fight is believed to be over a man, as at one point the younger girl in skimpy blue shorts is told: ‘Jailbait. Get your shoe.’

Stunned on-lookers stood as the scuffle unfolded in front of them and one managed to capture the vicious catfight on a mobile phone camera. 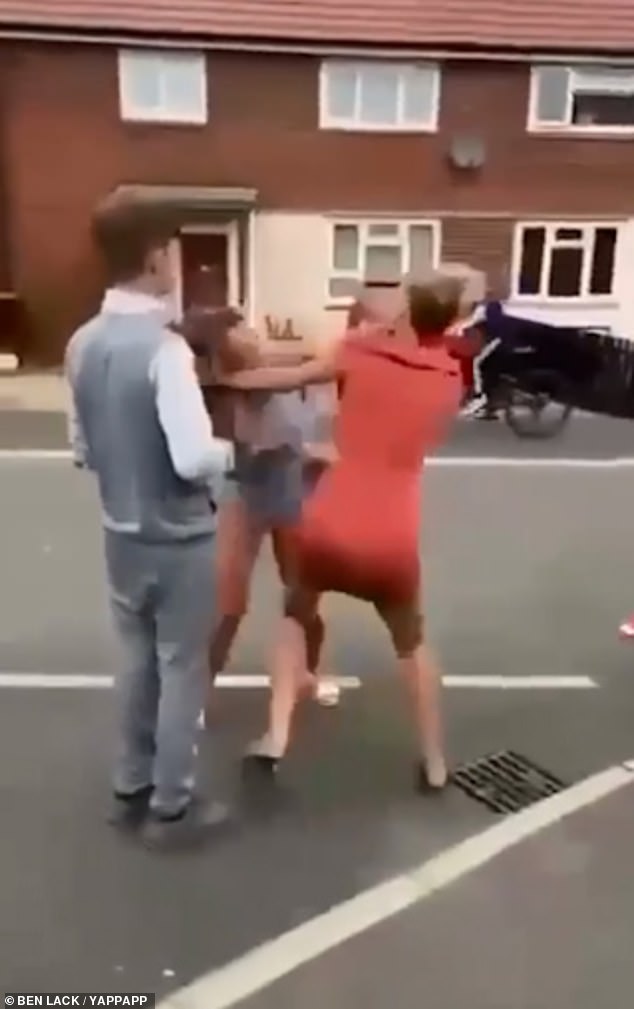 A street brawl took place between a 43-year-old woman (red dress) and an 18-year-old girl (blue dress) in Leeds yesterday, reportedly over a man

The two women are seen jabbing their fingers in each other’s faces as the older woman in red repeatedly yells: ‘Get your hand out of my face. Go on.’

The girls then launch themselves at each other and grapple, lashing out with fists, as the woman in red forces the younger girl back into the fence.

The teenager, who was still holding her handbag, comes off second best at the start of the fight, seemingly unprepared but throws some knees as she is pushed back.

Other people in the street try in vain to separate the women, but they continue screaming for each other’s blood and fighting.

While at least one other decides to join in the fight, a young boy starts aiming vicious kicks and punches at the woman in red while she is busy grappling. 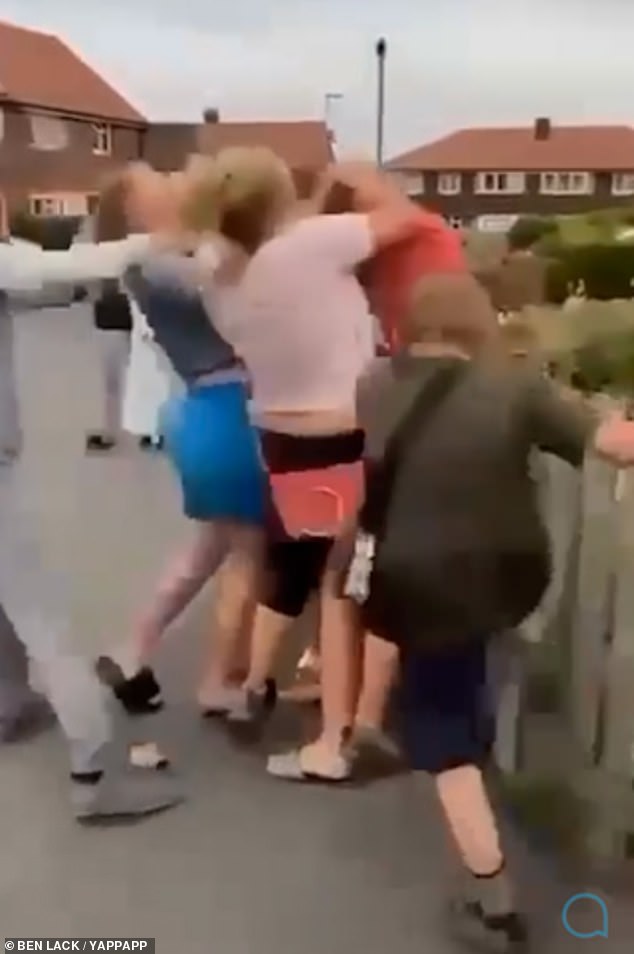 As the scuffle continued several bystanders got involved, some tried to to break up the fight while others decided to join in

Both women’s shoes fly off in the struggle but undeterred they continue to battle barefoot.

Finally, the others manage to separate the two alleged love rivals, who struggle to catch their breath.

The woman filming what is happening is then heard to say from the other side of the camera: ‘Jailbait – get your shoe. Shoe.’

It is understood the police are not involved in the dispute and neither woman appears to be seriously injured.

Channel 4’s Shameless was a critically-acclaimed drama which followed the dysfunctional Gallagher family who lived on the fictional Chatsworth housing estate in Manchester.

Earlier this month a drunk family row got out of hand when a boozy pub session ended in street fight, with a 61-year-old knocked out cold with an elbow.

Today, an extreme road rage incident in London was caught on camera, as three men stopped their cars in the middle of the street and attacked each other with weapons.