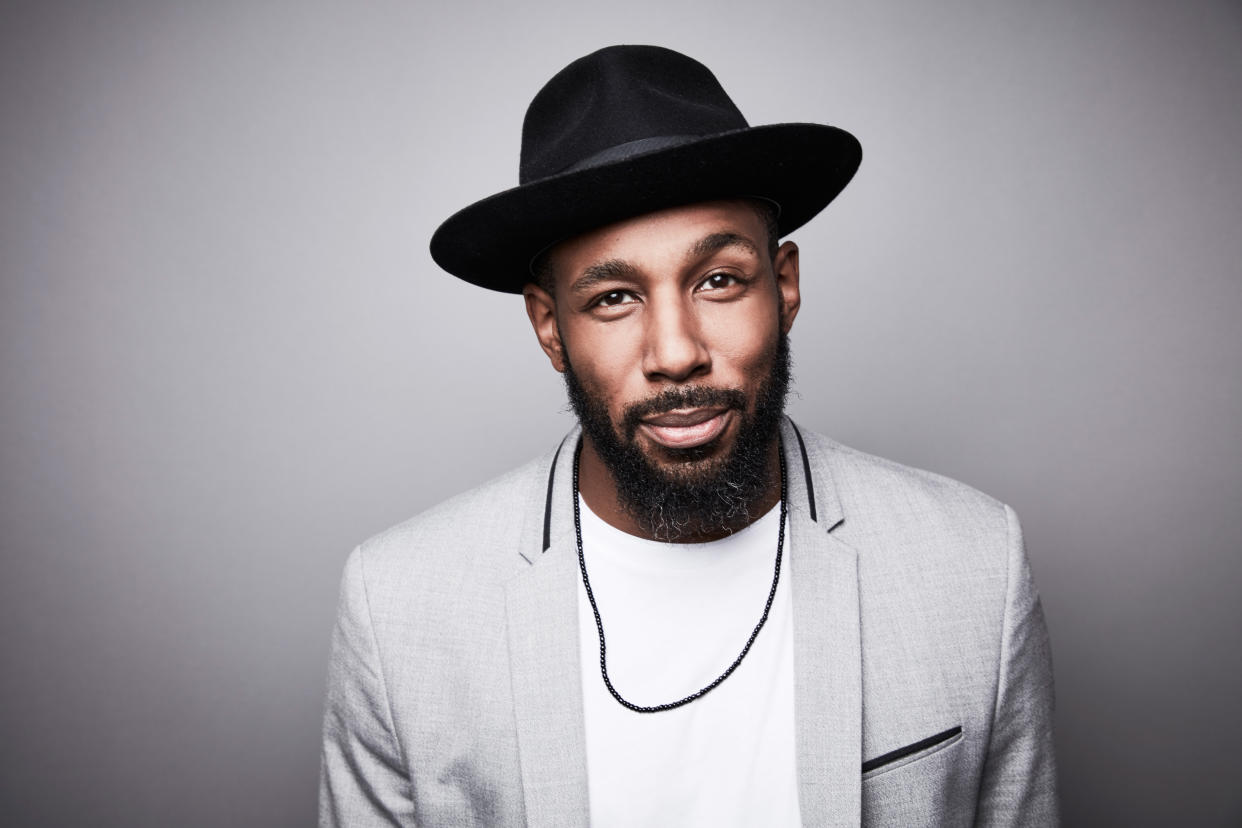 Hollywood was stunned this week after the Ellen DeGeneres Show DJ and So You Think You Can Dance judge/contestant was found dead in an Encino, Calif., motel room. The coroner ruled the 40-year-old's death, on Tuesday, a suicide.

"We had no indication that anything was out of the ordinary," his grandfather Eddy Boss, who last spoke to tWitch over the weekend, told Daily Mail.

Eddy shared the final text he got from his grandson, which said, "I love you Dad-Dad." The choreographer and pro dancer also posted a photo tribute to his grandfather on Instagram on Dec. 9 for the 88-year-old's birthday.

The senior Boss described the family — including wife Allison Holker Boss and the couple's three children — as "completely devastated. Our question is why? Where did it come from?"

As the family tries to make sense of the tragedy, TMZ claims in a new report that Boss left a note behind, per law enforcement sources. He also reportedly took an Uber from his home to the motel, which is less than a mile away, on Monday morning. His wife, Allison Holker Boss, went to an LAPD station the next day, saying she couldn't locate her husband. Police briefly listed Boss as a "critical missing person" and searched near the couple’s home, but soon he was found at the motel when he missed his checkout time.

Boss and his wife, who met through SYTYCD and lit up Instagram with their fun dance videos, were looking ahead to 2023. They had "multiple shows, brand deals and projects in pre-production for the upcoming year," a source told People. "He was so excited about all of the projects he had coming up and was very involved day to day."

A potential project was potentially another season as judge on SYTYCD, where he first danced onto the scene as a contestant 2008. He was runner-up that season of the show, returned as an All-Star (along with his future wife), and then was tapped as a judge for the season that aired earlier this year.

His judging gig on SYTYCD kicked off just as his long-time run as the Ellen DeGeneres Show DJ and producer came to an end in May when the talk show ended its 19-year run. He also appeared in the films Magic Mike XXL and Step Up 3D.

A separate report from TMZ denied that Boss was in financial trouble at the time of his death, citing sources with direct knowledge.

In a statement confirming her husband's death on Wednesday, Holker Boss, who hosted Disney+'s Disney's Fairy Tale Weddings with her husband, said he "lit up every room he stepped into. He valued family, friends and community above all else and leading with love and light was everything to him."

She continued, "He was the backbone of our family, the best husband and father, and an inspiration to his fans. To say he left a legacy would be an understatement, and his positive impact will continue to be felt. I am certain there won’t be a day that goes by that we won’t honor his memory."

In a tribute, DeGeneres said she was "heartbroken" over the death of tWitch, who was family. They met when he taught her the choreography for a dance and she brought him on as DJ for her show in 2014. On Thursday, she posted a second tribute — a video she made for tWitch as the show ended. She showed it on air and he teared up watching it. His mother was in the audience.

"Right now what I want to do is remember all the love and laughter I had with tWitch," DeGeneres wrote Thursday. "He brought so much joy to my life. I know he brought joy to yours too. I’m going to be sharing some of my favorite moments with him."