Stephen Lawrence’s father says he is ‘disgusted’ that one of his son’s murderers sent selfies to friends from his jail cell, adding that prison staff should be sacked over the scandal.

In a furious attack on the prison authorities, Neville Lawrence said his son would be ‘turning in his grave’ if he knew about the ‘luxury life’ behind bars being enjoyed by racist David Norris.

He said: ‘He is living a better life than I am and I haven’t done anything wrong.

‘The reaction – I can’t even explain it. The image of that guy is always in my mind and it’s caused me pain and anguish for the last 29 years.

‘When you do something wrong and you go to prison, you should pay for what you do – he is not paying for it, he is living the life he would be living if he was out here.’

Mr Lawrence spoke out as the Prison Service confirmed that Norris has been ‘referred to police for investigation’ in the wake of bombshell revelations by the Daily Mail. 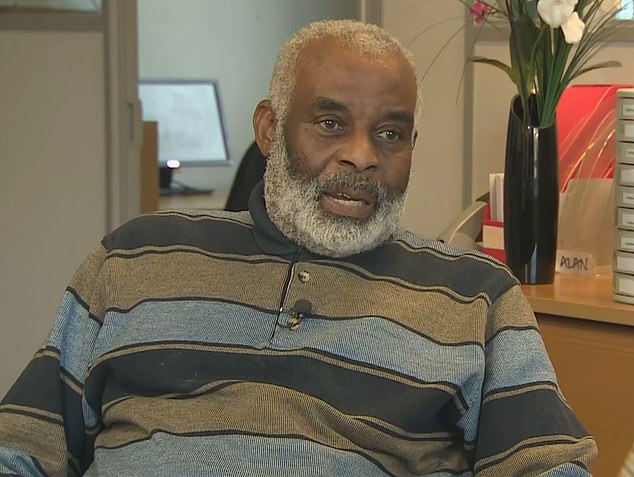 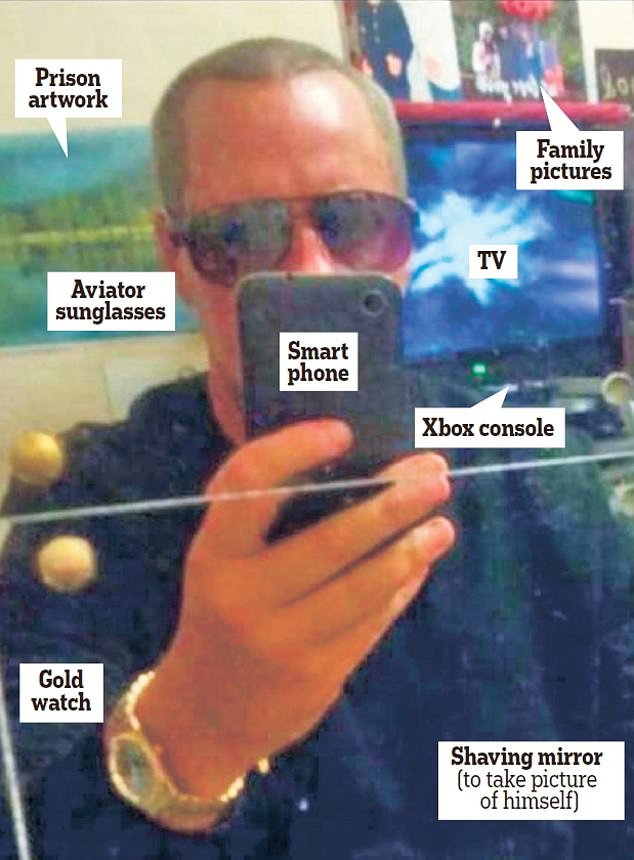 He is also thought to have used dating apps to communicate with women from E-wing at Dartmoor prison, where he had an Xbox games console and TV in his cell.

He earned £18 a week working in the gardens of Dartmoor, one of the best-paid and cushiest jobs in the jail, and recently acquired Emporio Armani trainers and a sweatshirt worth nearly £300.

Norris even updated his WhatsApp status to claim he would be ‘coming home in 2 to liven you all up’ and launched a foul-mouthed rant about former justice secretary Dominic Raab, who blocked his bid to move to an open prison earlier this year.

In one selfie photo taken in his carpeted cell, the smug thug posed in aviator sunglasses and a flashy watch.

In an interview with ITV News London, Mr Lawrence said: ‘What I read today, I can’t believe it, it’s unbearable to think that somebody who is as far as I’m concerned is the worst person in the world because he destroyed my life completely.

‘My son is buried in Jamaica… and for me to be told this man is living a life of luxury, it’s unbelievable that the people in charge of making sure when you do something wrong you pay for it – I’m disgusted. I’m sure my son is turning in his grave.’

Stephen Lawrence, 18, was murdered in Eltham, south-east London in 1993 in a racist attack

Mr Lawrence said he was angry with prison staff who had failed to do their job. ‘I hope they make sure the people in charge of the prison and allowed that to happen are sacked – get rid of those people and bring people in who do the job they are supposed to do.’

Five men were initially arrested over the racist murder of 18-year-old Stephen, who was stabbed to death in Eltham, south-east London, in April 1993.

Two of his killers, Norris and Gary Dobson, now 47, were brought to justice after a belated forensic breakthrough. Both were given life sentences in 2012 after being found guilty of murder.

In May, a bid to move Norris to an open prison was blocked by Mr Raab amid fears he still posed a risk to the public.

Mr Lawrence said: ‘One of the first things I said to my solicitor, when he [Norris] goes up before the Parole Board, I hope they make sure he admits to murdering my son before they let him come out of prison.

‘If he doesn’t do that, he should stay in prison until he does.’

Following a tip-off from the Mail about Norris’s unlawful use of a smartphone, the killer is facing an uncertain future.

As this paper revealed yesterday, an HTC smartphone was found in an intimate part of his body after he was X-rayed. The device will be examined by experts to establish who Norris was in contact with from his ‘luxury’ cell. There are fears that a corrupt member of staff at Dartmoor may have smuggled the phone into the jail, in return for a payment of up to £3,000.

A whistle-blower said Norris bragged to fellow inmates that he was the gang member who stabbed Stephen to death. If true, this is a significant revelation because police are still uncertain who wielded the knife.

Mr Lawrence said: ‘He is boasting because he has got away with murder… because if that’s the kind of life you’re living inside prison, a lot of people who are outside suffering would like to go to prison.

‘He should not be having that kind of life at all – he should be paying for what he did.’

A Prison Service spokesman said last night: ‘We can confirm this matter has been referred to the police for investigation.’ Two years ago, Scotland Yard said the force had exhausted all leads and the inquiry into Stephen’s murder was no longer active.