Stephen Barclay will finally hold talks with the EU today on a ‘plan C’ Brexit hatched by Leave and Remain Tories.

The Brexit Secretary is holding a new round of talks with EU negotiator Michel Barnier and will discuss ‘alternative arrangements’ for the Irish border backstop proposed by Tory MPs.

The MPs want to replace the current backstop proposal with a technology-based solution for managing the flow of people and goods across an invisible Irish border.

They insist it is better than the current proposal of keeping Britain in the EU customs union until a new UK-EU trade deal is struck. Brexiteers fear this ‘backstop’ would become permanent.

Mr Barnier is expected to reject the idea – and the EU has already said versions of the idea seen in the past do not work because the technology does not exist.

Mr Barclay’s trip today is the first act in a diplomatic blitz planned by Prime Minister Theresa May this week.

Attorney General Geoffrey Cox will make a speech on the backstop issue tomorrow before Mrs May travels back to Brussels, possibly as soon as Wednesday.

The PM also plans to speak to every EU leader as she scrambles to break the deadlock with just 39 days to go. 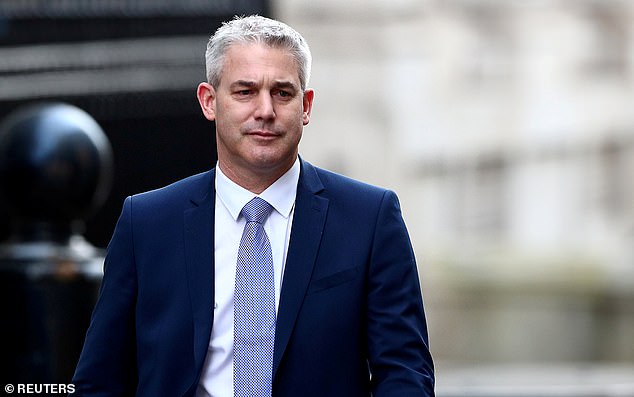 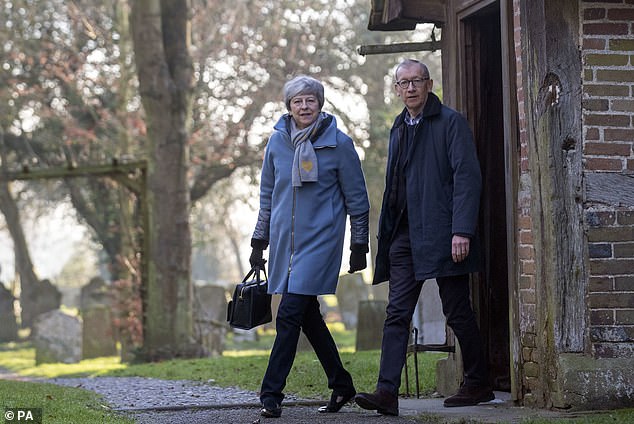 Over the weekend, Mrs May pleaded for Tory unity as she set out the steps the Government is taking to try and change the Brexit deal ahead of a second vote on it.

But Brexiteers dismissed the efforts as a ‘waste of time’ in private WhatsApp message.

And the concerns of critics will have escalated after Culture Secretary Jeremy Wright suggested the Government would accept changes short of re-opening the divorce deal.

Brexiteers say the only solution is to re-write the backstop or delete it entirely.

In a letter to her MPs, Mrs May pleaded with them to unite and deliver on Brexit. She said they should ‘move beyond what divides us’ and sacrifice ‘personal preferences’ for the national interest.

The Premier said the result was ‘disappointing’ by another Commons defeat on Valentine’s Day but vowed that the Government would continue its work to secure changes to the Irish border backstop.

In an appeal for unity 41 days before Britain’s scheduled departure, Mrs May said as party leader she had sought to ‘steer a course that can unite all pragmatic points of view behind a clear and coherent policy’ which honours the referendum and leaves the EU with a negotiated deal.

‘History will judge us all for the parts we have played in this process. I believe that a country with our innate strengths, enviable resources, and enormous talent can face the future with confidence that our best days lie ahead. But we stand now at a crucial moment.

‘I do not underestimate how deeply or how sincerely colleagues hold the views which they do on this important issue – or that we are all motivated by a common desire to do what is best for our country, even if we disagree on the means of doing so.

‘But I believe that a failure to make the compromises necessary to reach and take through Parliament a Withdrawal Agreement which delivers on the result of the referendum will let down the people who sent us to represent them and risk the bright future that they all deserve.’ 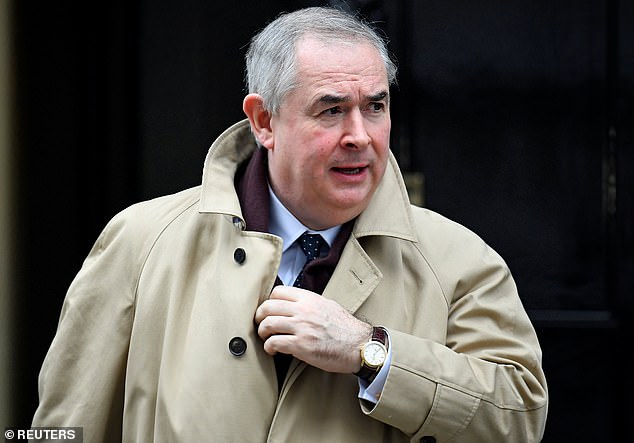 She reiterated that without a Withdrawal Agreement the UK risks a ‘combination forming in Parliament that will stop Brexit altogether, whatever the long-term consequences for trust in our democracy’.

It was confirmed last week that Labour will back a cross-party plan from backbencher Yvette Cooper – expected to go to a vote on February 27 – which would force the Government to conclude its deal by March 13 or allow MPs to vote on no-deal or a second referendum.

Mrs May also warned the UK could leave without a deal or an implementation period if Parliament fails to unite behind a plan.

‘Instead, our party can do what it has done so often in the past: move beyond what divides us and come together behind what unites us; sacrifice if necessary our own personal preferences in the higher service of the national interest; and rise to the level of events in a way that restores the faith of the British people in our political process,’ she said.

But playing down the prospect of a re-write of the deal Mr Wright told the BBC’s Andrew Marr Show: ‘I think what’s obvious is that Parliament, and I think probably people well beyond Parliament, are concerned about the potential indefinite nature of the backstop – that’s what we’ve got to do something about.

‘If this is the only way of doing it then that’s the way we will pursue. If there are other ways of doing it that are just as effective that perhaps we haven’t yet explored then we will do that too.’

He continued: ‘I don’t think it’s the mechanism that matters, it’s the objective: if you can get to a place where the potential longevity of the backstop, the potential that the backstop lasts forever can be adequately dealt with, that’s what we’re all seeking to do.

‘That’s what Parliament has been very clear that it wants, it will back this deal if we can do something about the backstop.’ 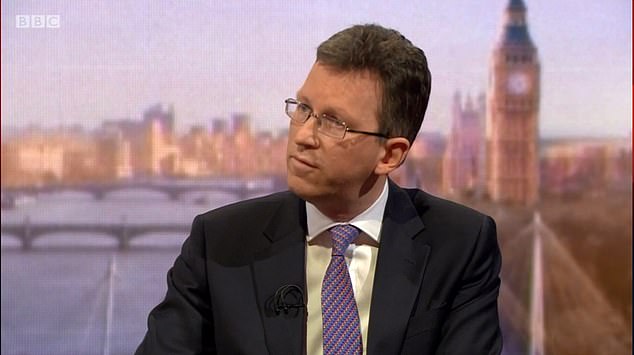