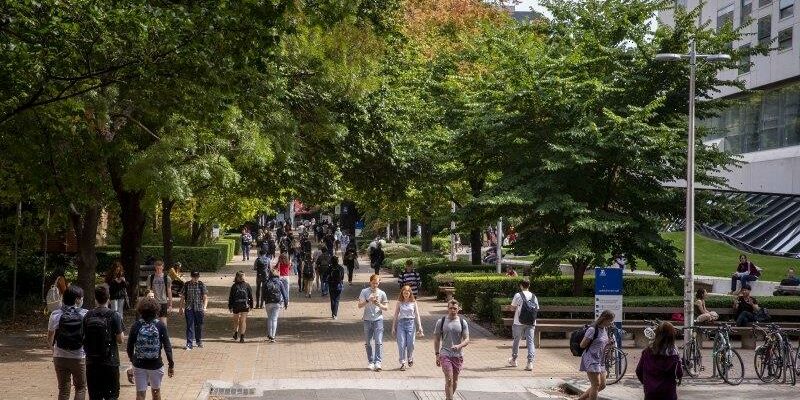 International student numbers at Victorian universities are not expected to recover to pre-pandemic levels until at least 2028, forcing tertiary institutions to make painful decisions about how they fund research.

New international higher education enrolments in Victoria have plummeted 41 per cent from their historical peak in 2019, and 33 per cent since last year, Commonwealth data shows. 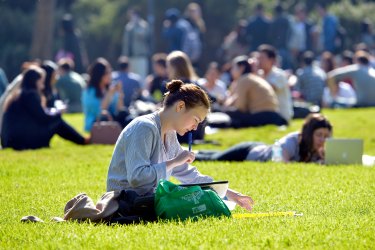 Australia’s universities are not expected to return to pre-pandemic health until 2028.Credit:Joe Armao

Deakin University vice-chancellor Iain Martin said the closure of Australia’s borders and the trajectory of the vaccine rollout meant overseas student numbers would probably “bottom out” in 2022-23 before recovering.

“So a quick back-of-the-envelope calculation from some of the work that my [chief financial officer] and I have done is, that means even if we could recover at 30 per cent per annum from 2024 onwards, it’s 2028 before we get back to where we were in 2020 and 2019,” Professor Martin said.

Speaking on a Committee for Economic Development of Australia panel featuring five of Victoria’s university vice-chancellors, Professor Martin lamented the continuing failure of state and federal governments to articulate a plan for their return, arguing it was driving would-be students to rival markets. 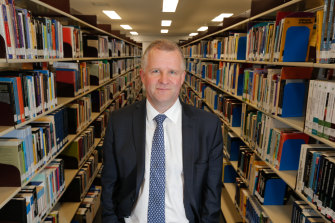 “I think one of the real challenges we’ve got at the moment is, the absence of a pathway is leaving our international students overseas just completely adrift, not knowing do I hold fast with my desire to come to Australia or do I get a [northern] autumn start in the UK or Canada which are now opening up,” he said.

The Morrison government has told state and territory governments to put forward proposals for the staged return of international students, on the condition that they do not come at the expense of returning Australian citizens.

Victoria has proposed flying in 120 people a week, including international students, and placing them in hotel quarantine, on top of its quota of returning Australians.

Swinburne University vice-chancellor Pascale Quester said the rhetoric was “damaging to the young people when they do come, to be made to feel that somehow they’ve taken the spot of someone else who could have come back instead”. 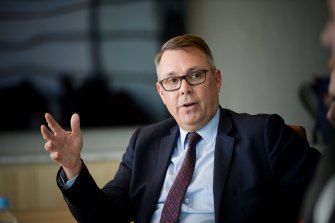 But La Trobe University vice-chancellor John Dewar said the $1 billion fund was “really only a stopgap”. He said there was no realistic prospect that a commercialisation strategy would ever fully fund university research.

“My worry about that is [commercialisation] will come to be seen as a solution to the problems of how we fund research and I don’t believe it is and I think it’s really important that it’s not allowed to be seen that way,” Professor Dewar said.

The pandemic – which has cost an estimated 17,000 higher education jobs – was an opportunity for universities to review how they are funded and focus on their areas of strength.

“However, to do this, we need to have a funding model which disincentivises cross-subsidisation so that research is fully funded by government and not reliant on international student revenue,” Professor Dewar said.