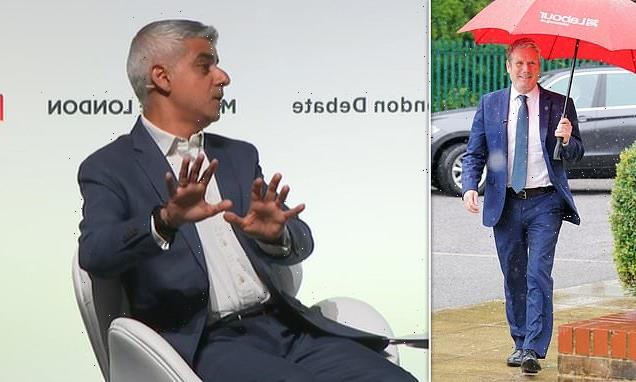 Fresh Labour splits erupted over Brexit today as Keir Starmer slapped down calls for the UK to rejoin the single market.

Mr Khan also branded leaving the EU ‘the biggest piece of self-inflicted harm ever done to a country’.

But his party leader struck a starkly different tone on a visit to Crawley in West Sussex later, saying there was ‘no case’ for Britain resurrecting its single market membership.

Sir Keir has been desperately trying to keep a lid on Labour tensions over Brexit, with many of his MPs pushing to restore closer ties with Brussels.

The issue caused massive damage to the party in the wake of the 2016 referendum, with Sir Keir himself being blamed for making matters worse by penning a tortuous fence-sitting policy on whether to hold another national ballot. 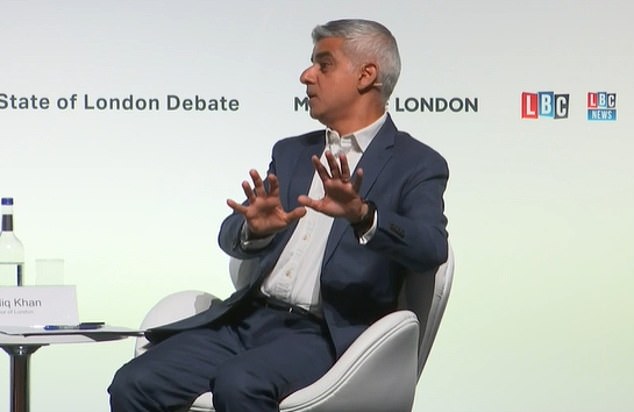 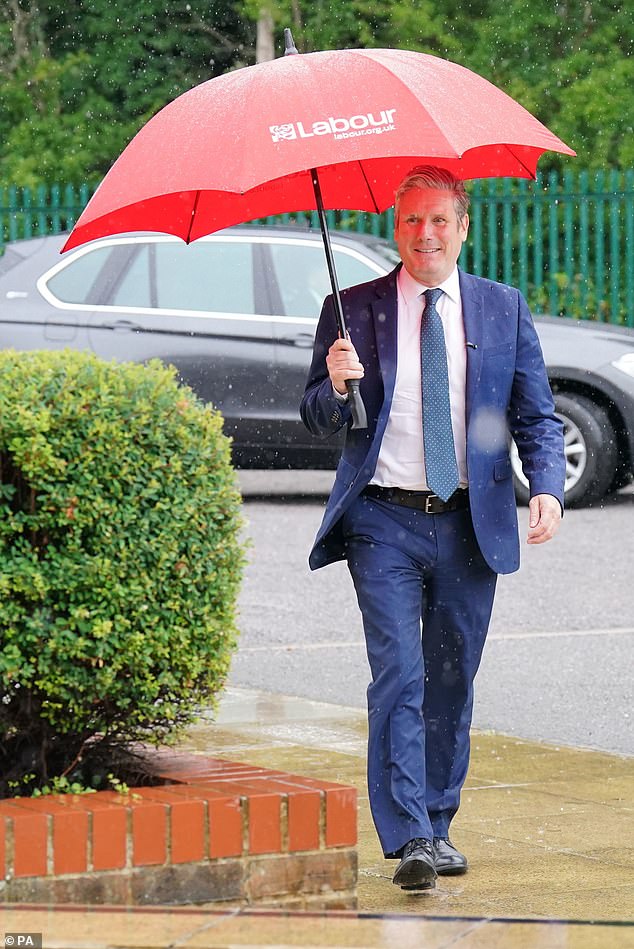 Sir Keir has been desperately trying to keep a lid on Labour tensions over Brexit, with many of his MPs privately pushing to restore closer ties with Brussels

At an LBC panel event last night, Mr Khan was asked whether Labour should ‘at a national level be agitating for rejoining the single market?’

He stressed that he could not speak for the party, but added: ‘I believe we should. Spot on.’

However, asked about the comments today Sir Keir said: ‘There’s no case for returning to the EU or to the single market, but there’s no point pretending that the deal that the government’s negotiated is working because it obviously isn’t working.

“You can see the queues at ports across the country, you can see the problems in Northern Ireland, and all the government ever did was shout the slogan ‘get Brexit done’.

‘A responsible government, a Labour government, the next government, will make Brexit work and that’s what I’m absolutely focussed on.

“So there’s no case for return but there is absolutely a case for making Brexit work rather than just a slogan which isn’t helping anyone.”

She said the party wanted to ‘address the flaws in the Brexit deal hitting our food and drinks manufacturers, creative industries, professional services and more, through repairing and strengthening our supply chains, and building on the UK-EU trade deal to cut red tape for exporters’.

‘We need to adopt an approach that seeks to solve problems in a practical way for UK companies, and aims to build trust, rather than continually retreating to the issue of Brexit as a domestic political wedge,’ Ms Reeves said.