Britain and France remain locked in a state of stalemate over a post-Brexit row about fishing rights after a showdown in Paris failed to deliver a breakthrough.

But no significant progress appears to have been made, with the UK Government simply stating that ‘both sides set out their positions and concerns’. 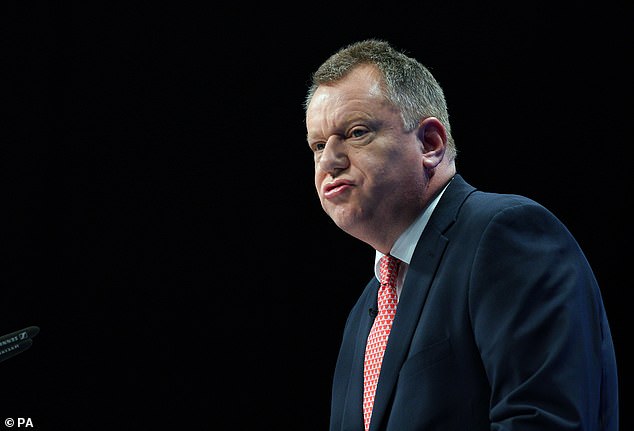 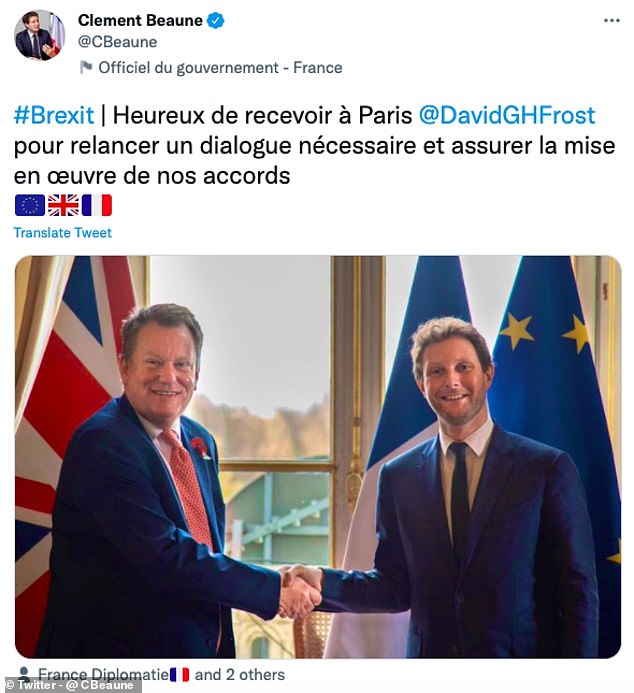 But no significant progress appears to have been made, with the UK Government simply stating that ‘both sides set out their positions and concerns’

France has accused the UK of failing to issue fishing licences to all eligible French vessels to work in British waters and has threatened disruptive action if Number 10 refuses to give ground.

But the UK Government has repeatedly insisted the overwhelming majority of applications for licences have been granted.

Mr Macron has delayed the imposition of punitive measures while talks between the UK, France and the EU take place.

But the French government has insisted the threatened action– which could include a ban on British trawlers landing their catches in French ports and tighter customs checks to hamper cross-Channel trade – remains ‘on the table’ if a deal cannot be reached.

Mr Beaune welcomed Lord Frost to Paris today for talks but the two sides do not appear to have made progress.

‘As foreshadowed, they discussed the range of difficulties arising from the application of the agreements between the UK and the EU. Both sides set out their positions and concerns.

French Government spokesman Gabriel Attal had earlier underlined that the threat of sanctions remained: ‘We will see what comes with those meetings.

‘As you know, the control measures that we announced are still suspended but all options are on the table and we may need to implement those measures if we do not reach an agreement.’

On Wednesday, he said: ‘We are just waiting for one thing: for the UK to respect the deal that they signed.’

Under the Brexit deal, EU boats which can show they have fished in British waters in at least four of the years from 2012 to 2016 are eligible for a licence.

Some 1,831 applications for licences have been received, with 1,793 issued.

The main source of contention has been for smaller vessels, the under 12-metre category fishing between six and 12 nautical miles off the coast, where 50 applications have been received – all from French vessels – but just 19 have been issued. 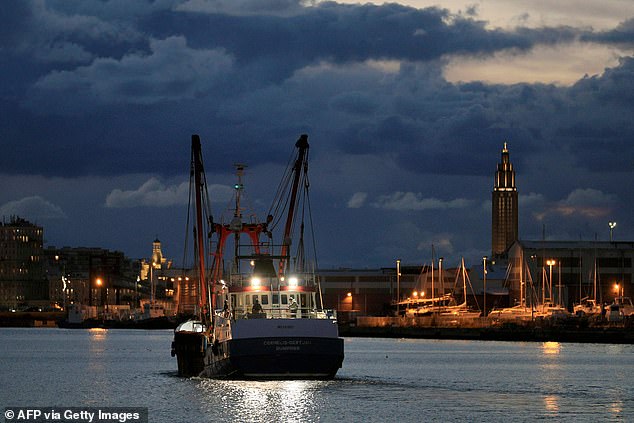 The fishing row is just one of the issues Lord Frost is discussing with Paris and Brussels.

The main dispute between the UK and EU is over Northern Ireland’s post-Brexit trading arrangements.

Lord Frost’s trip to Paris came after a British trawler which was impounded by France amid the dispute over fishing rights arrived back in the UK after being released by French authorities.

The Scottish-registered scallop dredger Cornelis Gert Jan left Le Havre on Wednesday evening after being held there since last week, when France accused it of fishing in its waters without a proper licence.

The blue, white and red trawler departed the quayside after dusk and docked at Shoreham-by-Sea, near Brighton, at 4.46am on Thursday, according to MarineTraffic.com.