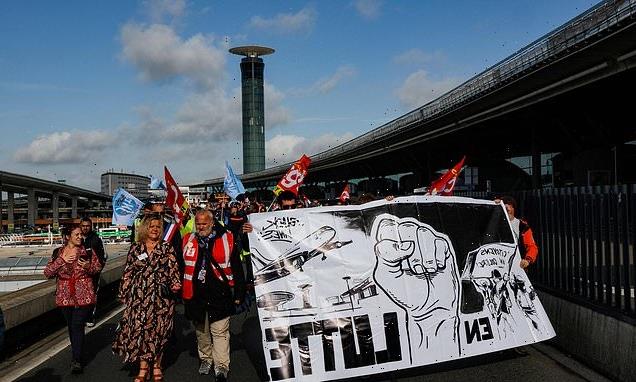 The pain in Spain won’t stay on the plane: More misery in store for travellers as Spanish airport unions plot strikes across Europe after pay talks were abandoned

Unions representing Ryanair crew in Spain said yesterday they had ‘no option’ but to call for a walk-out after the carrier abandoned pay talks.

The move raises the prospect of more misery for travellers, many of whom are still stuck at holiday destinations after their flights home were cancelled. An estimated 10,000 passengers were grounded yesterday as easyJet pulled another 60 flights.

The boss of Heathrow has already warned of up to 18 months of disruption as the aviation industry struggles to recruit and train staff to replace those let go during the pandemic. Yesterday consumer groups responded by calling for tougher action against airlines that fail to switch passengers to another carrier.

Rory Boland of Which? Travel said it was totally unacceptable that easyJet customers had seen their holiday plans thrown into chaos at the last minute. 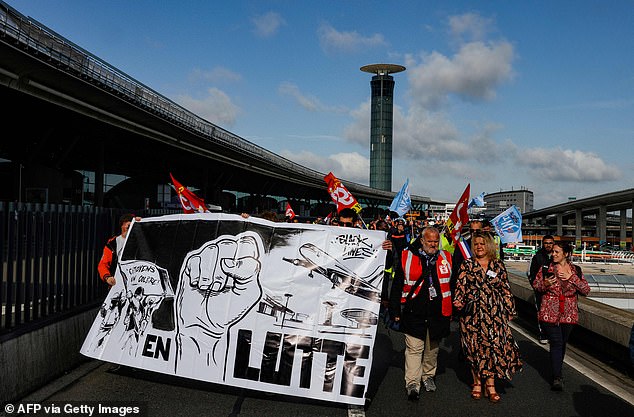 He added: ‘The cavalier approach some airlines are currently taking toward their customers is a reminder of why passenger rights must be strengthened.’

Mr Boland said the Civil Aviation Authority should be given direct fining powers to hold airlines to account when they flout the law.

One father told yesterday how his child had to urinate in a plastic bag as his family endured a two-hour security queue at Manchester Airport ahead of a flight to Berlin.

In Italy, crews from Ryanair and easyJet walked off the job on Wednesday, while workers at France’s Charles de Gaulle airport went on strike yesterday for more pay, with a quarter of flights cancelled.

They have previously warned of co-ordinated action with colleagues in Italy, France, Portugal and Belgium.

Ryanair last night insisted it had reached agreement with 90 per cent of its workers, including with Spain’s biggest union.

It branded the threats from smaller unions ‘a distraction from their own failures to deliver agreements’ adding that ‘we do not expect widespread disruption this summer’. EasyJet apologised to stranded passengers, blaming the strikes in Italy and France.

The Daily Mail reported yesterday that air fares could rise by nearly 10 per cent this summer, partly through higher fuel costs.