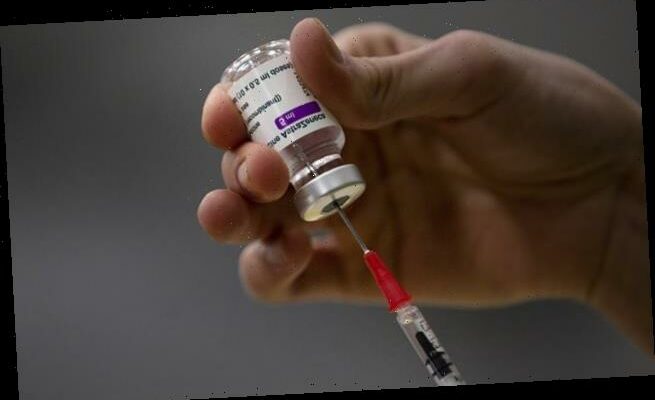 Spain is investigating three cases of blood clots in women who had recently had AstraZeneca’s Covid vaccine.

One of the women, a 43-year-old teacher with no pre-existing health conditions, subsequently died of a cerebral haemorrhage.

The agency said it is investigating a possible link between the vaccine and ‘blood clots in areas of the body where they are less common’, but said there is no evidence to link the vaccine and the clots at present.

European leaders are under fire for halting AstraZeneca jabs over blood clot fears, saying concerns are ‘overblown’ and the move will cost more lives than it saves. 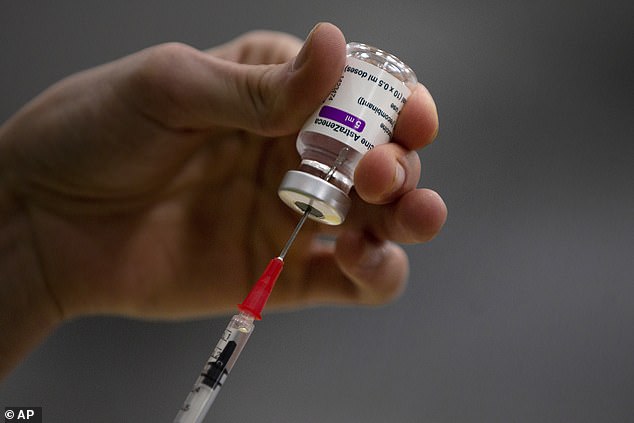 Until it halted its use of the jabs on Tuesday, Spain had administered 975,661 doses.

The average person has around a 1 in 1,000 chance of developing a blood clot in any given year, meaning three cases of blood clots after almost 1million doses of vaccine is not out of the norm.

Meanwhile Spain has seen some 72,500 people die from coronavirus and recorded 3.2million cases.

Jeremy Brown, professor of respiratory diseases at UCL and an adviser to the UK government’s vaccine programme, told BBC Radio 4 today that he cannot see the logic behind the Europe’s ban on the jab.

‘I don’t understand why this is happening,’ he said, ‘we know the vaccine works, it prevents about 85 per cent of admissions to hospital after one dose. Even in the very old and the frail.

‘If people sit back and look at the overall picture which is this vaccine is incredibly safe, its very effective, and we are in the middle of a pandemic that we will not get out of until everyone has been vaccinated.

‘To interrupt the vaccine for what will turn out – most likely – to be a spurious reason seems unnecessary.’

In total, 19 EU countries – including Spain, Germany, France and Italy – have suspended their use of AstraZeneca jabs over clotting fears, despite the fact that no evidence of a link has been uncovered.

Italy announced earlier this week that it was investigating the death of teacher Sandro Tognatti who died suddenly on Sunday after getting a shot, but an initial autopsy found he died from a sudden cardiac event.

The EU is presiding over one of the world’s slowest vaccine roll-outs, which had been hampered by red tape and supply bottlenecks even before use of AstraZeneca’s jab was suspended – slowing the process down further.

But that was not apparent in a remarks that Ursula von der Leyen made in Brussels today when she pinned sole blame for the shambles on the drug-maker itself.

The EU president also made the extraordinary threat of blocking vaccine exports from Europe to the UK unless it starts handing over AstraZeneca jabs.

‘All options are on the table. We are in the crisis of the century. And I’m not ruling out any anything for now,’ Ms von der Leyen told reporters in Brussels.

The sabre-rattling drew a furious response from London, where Foreign Secretary Dominic Raab said her comments flew in the face of ‘direct assurances’ that contracts will be honoured.

‘I think it takes some explaining because the world’s watching,’ Mr Raab said.

‘All of us, including our European friends, had been saying throughout the pandemic, that you’d be wrong to curtail or interfere with lawfully-contracted supply.

‘We all said it last year on PPE. We’ve been saying it this year, on vaccines and other things.

Mr Raab said the stance ‘cuts across the direct assurances that we had from the Commission’. ‘We expect those assurances and legal contracted supply to be respected,’ he added.

‘Frankly, I’m surprised we’re having this conversation. It is normally what the UK and EU team up with to reject when other countries with less democratic regimes than our own engage in that kind of brinkmanship.’