South Carolina police say they are pursuing Tyler Terry, a quadruple murder suspect who allegedly shot at deputies during a 100 mph high-speed chase earlier in the week.

The Chester County Sheriff’s Office said earlier it was maintaining “heavy patrol presence in the Richburg and Fort Lawn area.”

Both Highway 9 and Richburg Road have been shut down. The sheriff’s office was asking nearby residents to “lock their doors, secure their firearms, stay inside, and report suspicious activity around trash cans, barns, etc.”

A manhunt began Monday around 11 p.m. when deputies attempted to pull over a “suspicious vehicle.” 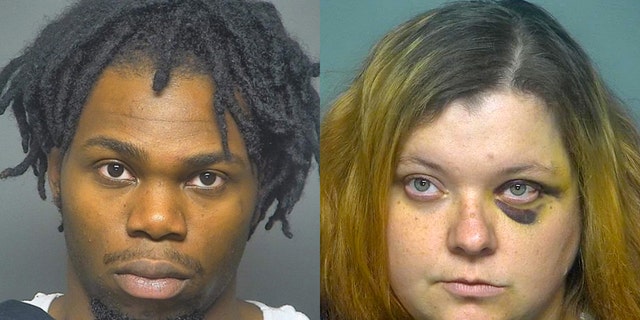 The chase came to an end when the car crashed and Terry fled, but the driver, Adrienne Simpson, was arrested at the scene. She is also facing at least one murder charge.

The FBI was offering a $12,000 reward for information leading to Terry’s capture.

Terry has been charged in four murders, most recently for the death of Eugene Simpson, whose body was discovered on Thursday. Terry is also accused of a double murder in Missouri and another murder in York County, just north of Chester County, in South Carolina.

He is also wanted for five attempted murder charges stemming from a shooting in Chester on May 2, as well as other criminal activity.

On Saturday, police told residents to stay vigilant of their “barns, crawl spaces and outbuldings.”

“Additionally, please contact our tip line if you have any deer cameras in or around the area we are searching,” the sheriff’s office tweeted. “Do not retrieve them yourselves. We will send someone to your address to take care of that.”