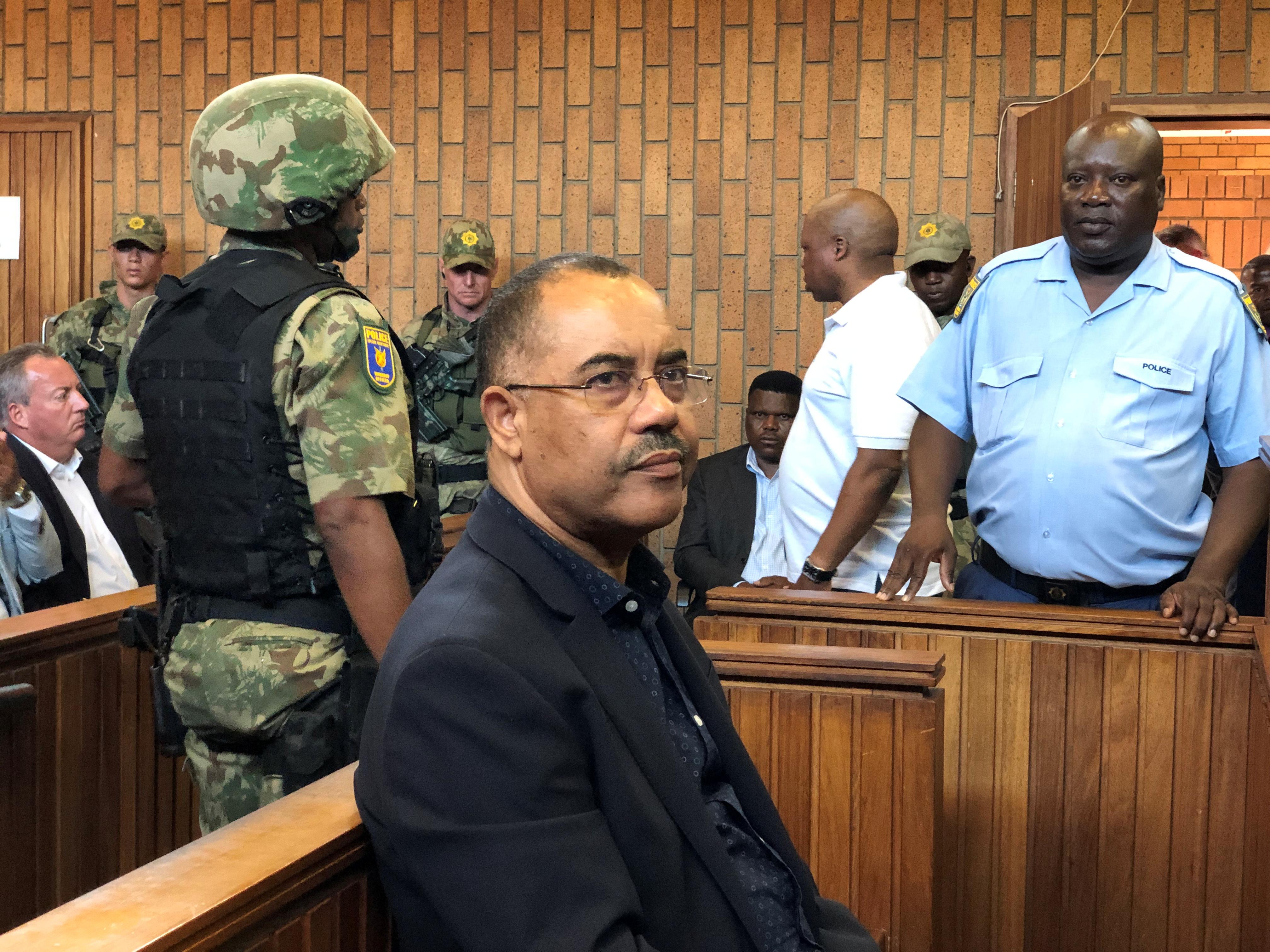 JOHANNESBURG (Reuters) – A South African judge ruled on Wednesday that the detention of Mozambique’s former finance minister Manuel Chang over $2 billion of fraudulent loans was legal.

Lawyers for Chang, who was arrested in South Africa on Dec. 29 and denies wrongdoing, argued in court on Tuesday that his detention on U.S. charges was illegal because a request for extradition had not yet been received.

Chang was in charge of Mozambique’s finances when it failed to disclose government guarantees for $2 billion in international borrowing by state-owned firms.

Judge Sagra Subrayen said in a Johannesburg court on Wednesday that Chang’s detention had followed the procedure set out in the extradition treaty between South Africa and the United States, and that she was not persuaded by the defense’s argument.

“The application is therefore dismissed,” she said.

If Chang is extradited to the United States, analysts say the case against him could unearth details about Mozambique’s debt scandal, with potential implications for senior members of the ruling party ahead of elections in October.

Mozambique’s acknowledgement in 2016 of the undisclosed borrowing prompted the International Monetary Fund and foreign donors to cut off support, triggering a currency collapse and a debt crisis that Mozambique is still struggling to recover from.

The United States is also seeking the extradition of three former Credit Suisse bankers and the lead salesman of Abu Dhabi-based holding company Privinvest, who it says are implicated in the fraud.