A version of this post was originally published on TKer.co.

The spread of the Omicron variant of COVID-19 is disrupting business, which could have implications for markets and the economy.

Recent weeks have come with lots of headlines highlighting how businesses have been forced to scale back due to Omicron-related issues. Here are a few from just the past week:

According to monthly survey data from the Bureau of Labor Statistics, as of December there were 1.68 million people who said they had a job but were not at work due to illness.

With these developments, many businesses have warned that near-term financial results would be weaker than expected due to this inability to serve customers.

But the long-run economic impact is a bit less clear — and perhaps nothing to panic about just yet.

One of the big economic stories of the pandemic has been the trillions of dollars of excess savings accumulated during the early parts of the pandemic. In addition to consumers being cautious for health reasons, they also had limited options for spending with much of the economy effectively shut down at the time.¹

In other words, demand didn’t disappear. It was just delayed. 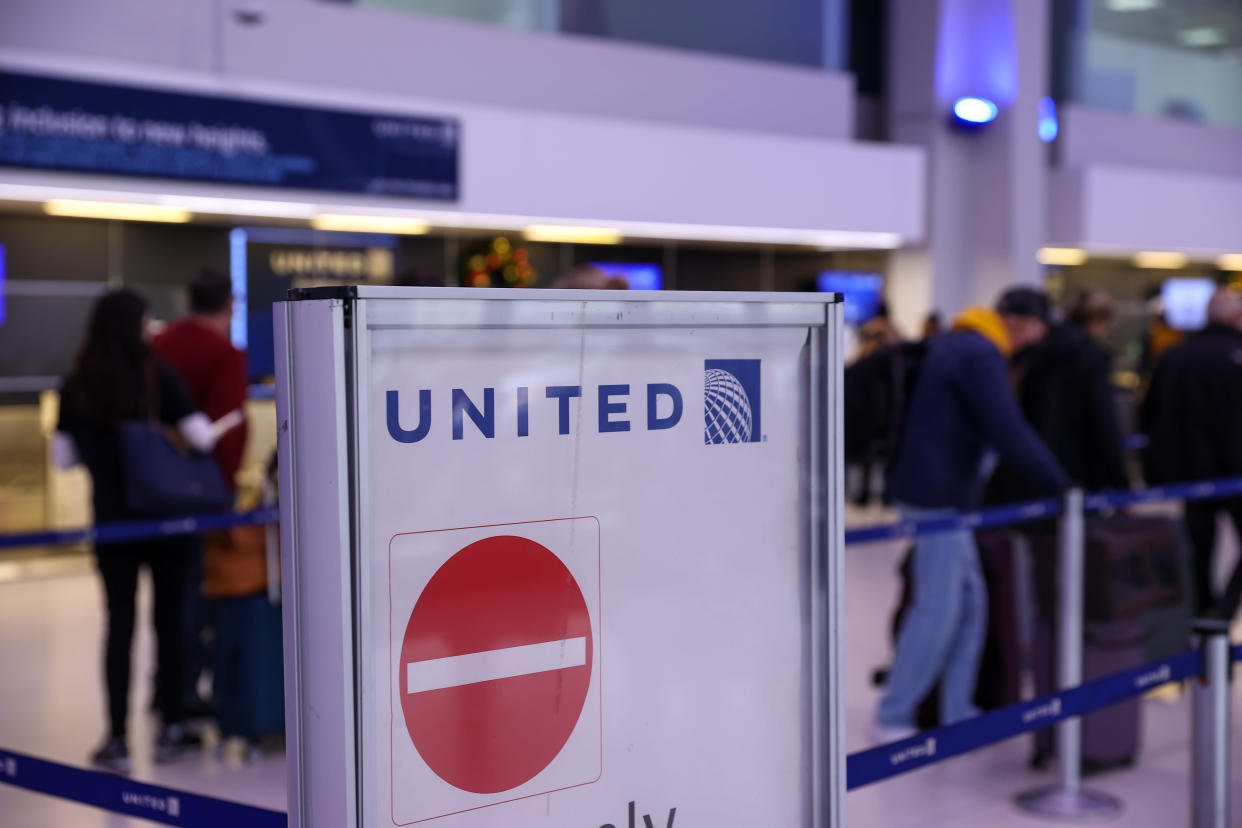 And it’s not unreasonable to think this phenomenon could be picking up again.

“We see Omicron delaying – but not derailing – the powerful activity restart even as its impact will differ by country,” BlackRock Investment Institute analysts wrote recently.

Of course, this time is a bit different as the government isn’t sending out stimulus checks and other forms of emergency financial assistance as it did over the past two years.

That said, we also don’t have the sky high unemployment we had during the onset of the pandemic. In fact, the unemployment rate fell to a pandemic-era low of 3.9% in December as the Omicron variant was spreading.

All of this suggests there’s a lot more people still getting paid this time around. And so money that isn’t spent right now is money that may be saved for later.

We should also remember that businesses have learned a lot and changed a lot in the past two years, and they’re much better prepared to deal with the challenges that come with new waves of infections. Businesses that would’ve otherwise made cuts in early 2020 are retaining employees today.

There’s no question that the coronavirus pandemic is a big problem as it persists as a public health crisis. And the disruptions it’s causing are very visible and very real.

However, it’s far too soon to conclude that these problems aren’t more than a blip in an ongoing economic recovery.

In case you missed it:

🎈Inflation as expected: The consumer price index climbed by 0.5% in December from November. This represents a 7.1% increase from a year ago, which is the biggest jump since June 1982. The numbers were basically in line with economists’ expectations, and they confirmed a well-known trend that already has the Federal Reserve taking action to rein in prices. So, no real surprises here. For context on why we’re here, read this and this.

💡 …yes, but: The jump in the CPI is largely due to some categories that have been uniquely impacted by pandemic-related supply chain disruptions. For instance, used car prices were up 37.3% from a year ago. If your purchases in the past year didn’t include a used car, then the overall inflation you’re experiencing is likely a lot less than 7.1%. 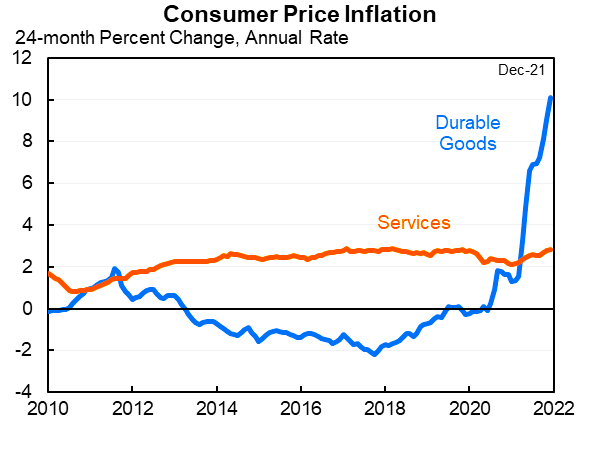 🛍 Retail whiff: Retail sales fell by 1.9% in December from November, which was much worse than the 0.1% decline expected. “Early holiday shopping prompted by supply chain worries, higher prices and the spread of Omicron led to a surprising retrenchment in retail sales in December,“ Lydia Bousseur, lead U.S. economist at Oxford Economics, said on Friday.

💡 …yes, but: As discussed above, at least some of the shortfall represents demand that’s being deferred into the future. From Pantheon Macro (via Carl Quintanilla): “…consumers are sitting on pandemic excess savings of $2.7T – equivalent to 4.3-months’ worth of total retail sales … Lack of cash is not the issue, so we expect a strong rebound in sales once the Omicron wave subsides.“ 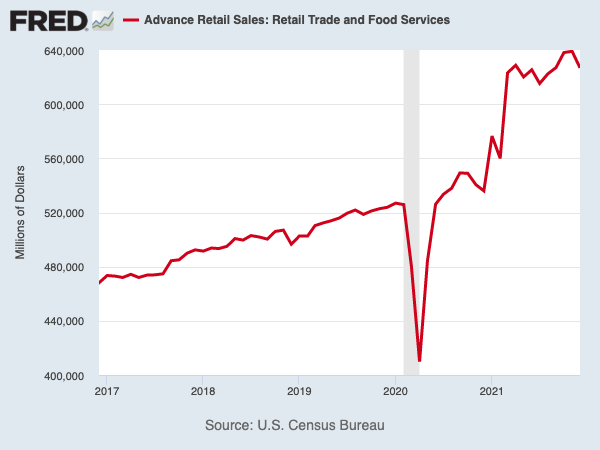 🏡 Mortgage rates spike: The national average 30-year fixed rate mortgage jumped to 3.45% this past week, up from 3.22% in the prior week. This is the highest level since March 2020. From Freddie Mac: “This was driven by the prospect of a faster than expected tightening of monetary policy in response to continued inflation exacerbated by uncertainty in labor and supply chains. The rise in mortgage rates so far this year has not yet affected purchase demand, but given the fast pace of home price growth, it will likely dampen demand in the near future.“ 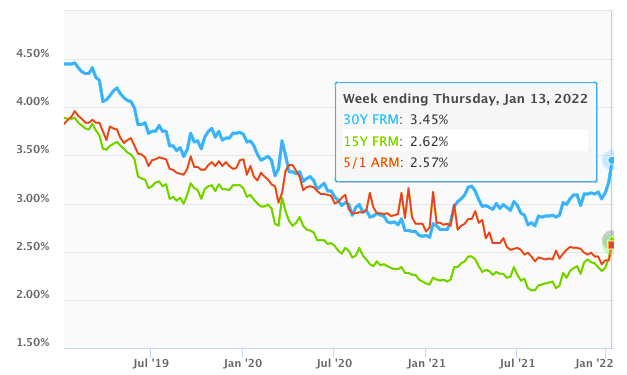 🏛 Fed newcomers: The Biden administration nominated Sarah Bloom Raskin, Lisa Cook, and Philip Jefferson to the Federal Reserve’s Board of Governors. From Yahoo Finance’s Brian Cheung: “Those picks would bring diversity to a central bank that has committed to thinking about racial inequities as it steers economic policies. Economists and policymakers who know the three nominees say they can help the Fed pay closer attention to the immediate concern of the pandemic’s disparate impact particularly on Black, Hispanic, and women-led households.“ 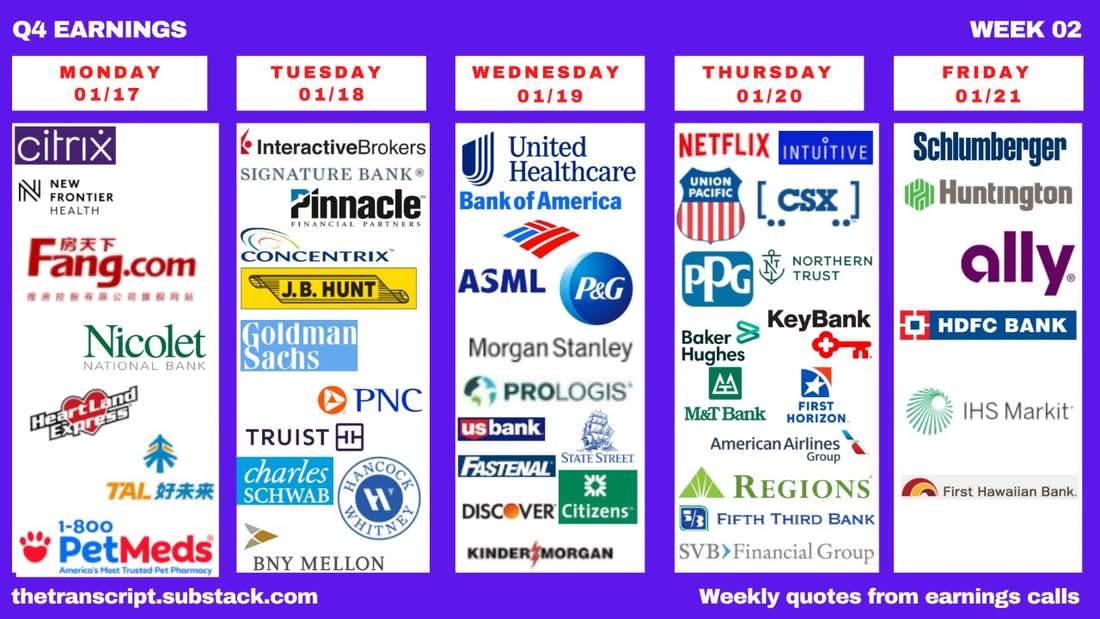 On the economic front, the week comes with a slew of housing data including monthly updates on homebuilder sentiment, existing home sales, and new building permits. Bank of America economists believe the reports will reflect strong demand, but they caution that the recent spike in mortgage rates may dampen activity.

A version of this post was originally published on TKer.co.