Boris Johnson’s plans to introduce daily televised press briefings from October are facing a set back after it emerged Sky News and the BBC may not always cover the events.

Downing Street is currently in the process of recruiting a £100,000-a-year political spokesman who will be tasked with hosting the daily grilling.

But the UK’s two major broadcasters are expected to only show the briefings based ‘on merit’ which means they could cut away early or fail to show them at all if they are judged not to be newsworthy. 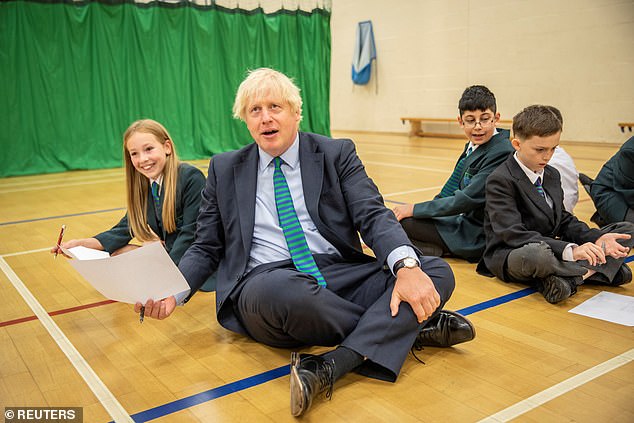 Boris Johnson, pictured during a visit to a school in Leicestershire on August 26, is set to introduce daily TV press briefings from October

The decision to introduce the afternoon TV briefings was made by Number 10 as part of a bid to communicate more directly with voters.

The Government is keen to replicate the success of the daily Downing Street coronavirus press conferences which saw millions of people tune in for the latest updates.

The afternoon TV events will replace an existing off-camera press briefing currently carried out by the PM’s official spokesman.

A similar off-camera briefing which takes place in the morning will continue as normal.

The new briefings will take place in a revamped Number 9 Downing Street.

The building is currently being overhauled to make it fit for the White House-style briefings.

Kay Burley, the veteran Sky News presenter, said the briefings will be covered ‘on merit’, according to comments reported by The Times.

She told the Edinburgh TV Festival yesterday: ‘Of course at Sky News we’ve got 24/7 air to fill, so we will cover those on merit. 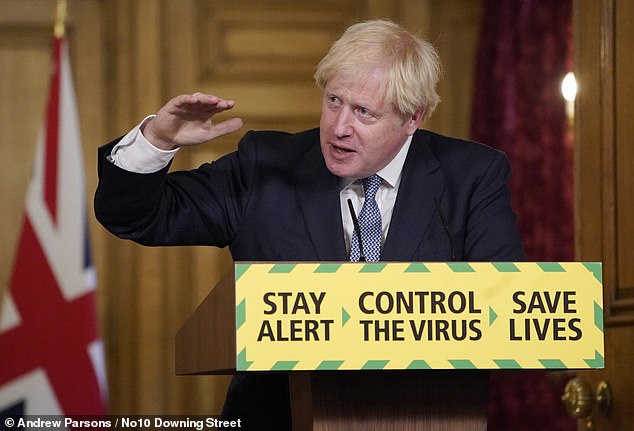 ‘But we are not saying that we will automatically carry that news conference every day, at 4pm or 11am or wherever that might be.’

Ms Burley added: ‘It’s a two-way street. If they want to have that broadcast they need broadcasters to be on board.’

The Times said that the BBC is understood to be adopting a similar approach to showing the briefings.