More than 60 British children are trapped in northeastern Syria after fleeing ISIS-held areas amid a recent escalation in fighting, according to Save the Children. The figure is around double previous estimates that have been reported.

The British charity said many of the children are under five years old and are the children of British parents suspected of joining ISIS.

According to the organisation, the children are enduring dire conditions in desolate camps or have been displaced yet again following the recent Turkish military operation in the area.

Both sides have accused the other of ignoring a five-day ceasefire brokered between the US Vice President Mike Pence and Turkish President Recep Tayyip Erdogan on Friday. 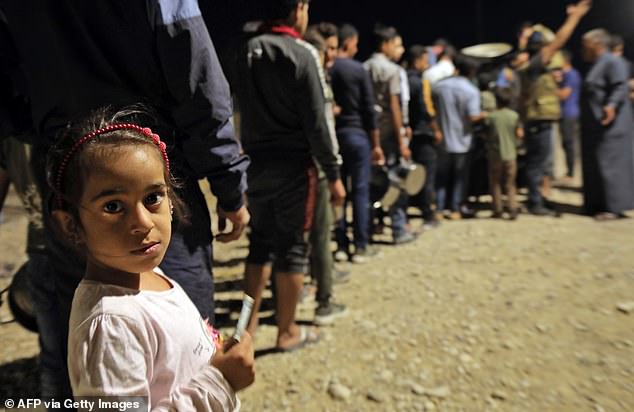 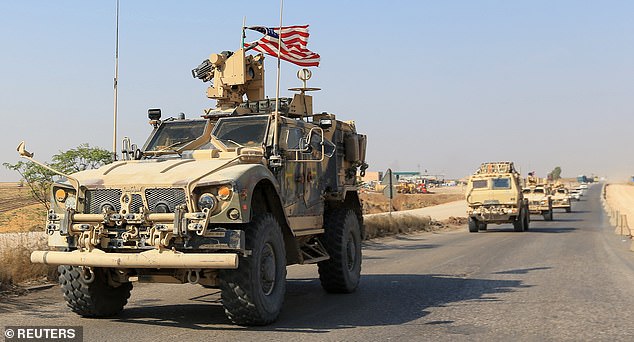 A convoy of US vehicles is seen after withdrawing from northern Syria on the outskirts of Dohuk, Iraq on October 21, above and below 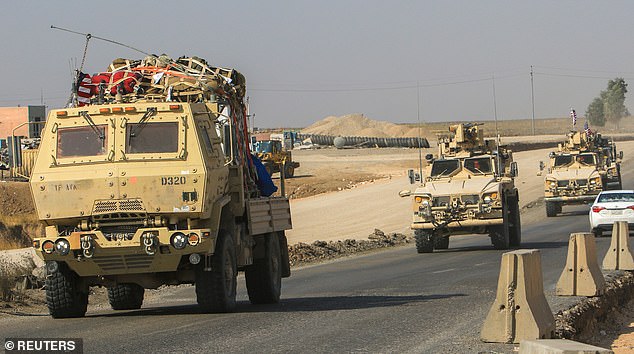 More than 60 British children are trapped in North East Syria after fleeing ISIS-held areas amid a recent escalation in fighting, according to Save the Children

Alison Griffin, Save the Children’s Head of Conflict and Humanitarian Campaigns, said: ‘Children in Syria who have fled ISIS-held areas are innocent. Their short lives have been full of violence and fear but with the right care they can bounce back, recover and amaze us.

‘They deserve that chance, no matter what they’ve been dragged into by the decisions of adults.

‘For the British children among them we can and must give them the safety they need by bringing them to be cared for in the UK.’

The aid agency said that while the recent shift in the Government’s stance towards providing ‘safe passage’ for British orphans among them to come to the UK is welcome, the vast majority of the children are with their mothers and all have been swept up in horrific events beyond their control.

Ms Griffin added: ‘Children whose parents are alive are just as innocent as those who have been orphaned. All have been put through unimaginable horrors.

‘The Foreign Secretary has said he wants to ensure “innocents are not caught in the crossfire”. To play his part to achieve that, he needs to act now while there’s still a window of opportunity and bring all the UK’s children home.’ 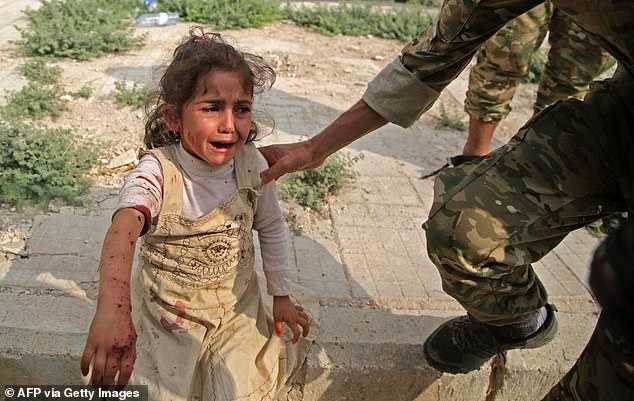 A Syrian girl reacts to her wounds on Sunday in the Syrian border town of Tal Abyad which was seized by Turkish-backed forces last week. Save the Children said their team in Syria recently spoke to a British mother with two young children – a baby and an under-five – in one of the camps. She told the charity she knew of at least 15 other British children in the same camp 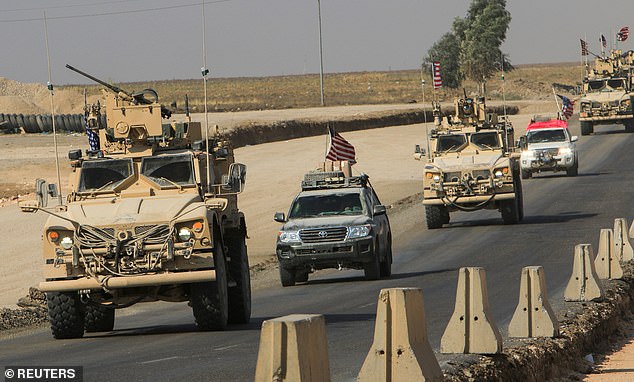 Save the Children said their team in Syria recently spoke to a British mother with two young children – a baby and an under-five – in one of the camps. She told the charity she knew of at least 15 other British children in the same camp.

When they arrived in Syria her sister, who is now a teenager, had no idea where they were going or what they were doing there. The mother told the aid agency how for years she had to hide her sister away to save her from being forced to marry.

The mother said she and her family made a traumatic escape from ‘hell’ in Baghouz. She, along with her children and sister, ended up sleeping in the open desert as they fled. Her youngest baby was close to death with bronchiolitis when they arrived at the camp earlier this year.

She accepted that she would face investigation in the UK but said she felt that in Syria no-one would ever hear her case. She told us that she was scared to be in the camps and very afraid of what would happen to her children.

Fighting has escalated in northern Syria after President Trump pulled US troops supporting Kurdish fighters from the region, leading to a Turkish invasion. 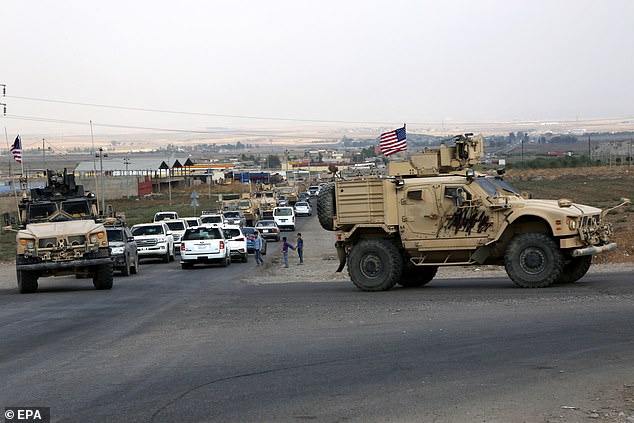 A convoy of US troops arrives back from Duhok, a Kurdish town in northeastern Syria on Monday

After being effectively abandoned by the U.S., the Kurds’ turned to the Syrian government for protection.

Ankara is seeking to set up the ‘safe zone’ as a buffer as it regards the YPG militia, the main component of the SDF, a terrorist group because of its links to Kurdish insurgents in southeast Turkey. The YPG has been a close US ally in the fight against Islamic State.

Previous agreements between the US and Turkey over a ‘safe zone’ along the Syria-Turkish border floundered over the diverging definitions of the area.

On Sunday, the SDF said they had withdrawn from the border town of Ras al Ain under the US-brokered ceasefire deal, but a spokesman for Turkish-backed Syrian rebels said the withdrawal was not yet complete.

Syrian Democratic Forces are now asking the United States to pressure Turkey to allow the safe passage of civilians out of the 120-kilometre-long area of border.