The Cabinet is ‘too large’ for ‘genuine debate,’ the outgoing head of Britain’s Civil Service has warned, suggesting the number of government departments should be cut.

Sir Mark Sedwill, speaking yesterday during his last public lecture as Cabinet Secretary has said the number of cabinet members should be cut to reduce numbers similar to other committees in the hope of improving decision making.

As it stands there are 27 ministers usually in attendance at Cabinet, including several junior ministers, which held its first meeting since March last week. 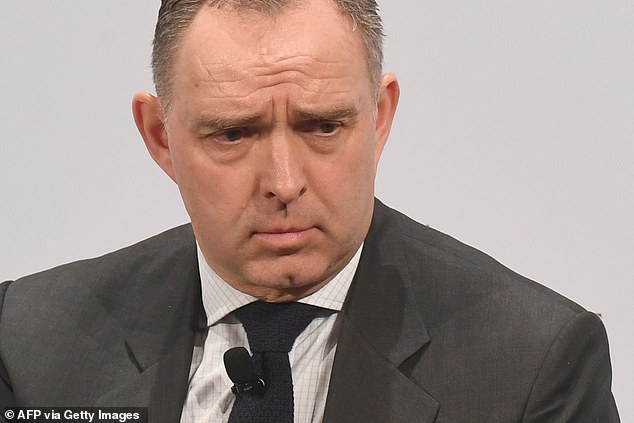 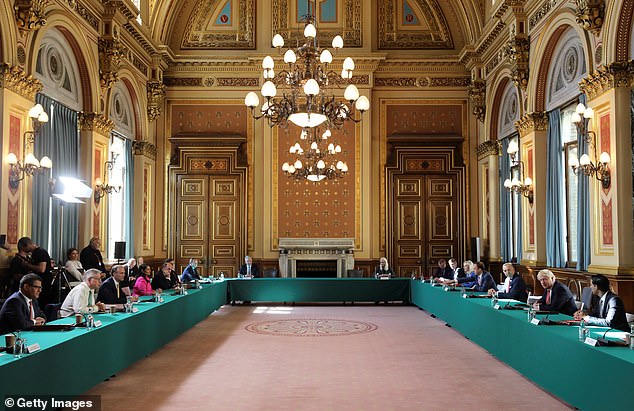 During his lecture, Mr Sedwill backed a 2013 paper written by Foreign Secretary Dominic Raab, which suggested the number of government departments should be reduced to ‘around a dozen,’ according to The Telegraph.

Mr Sedwill said: ‘I’ve said that Cabinet is too large and therefore the Cabinet itself is quite a cumbersome forum for genuine debate of the issues.

‘If you have 25 or 30 people around the table, at best only a few of them can have a significant intervention.’

Britain’s top civil servant  went on to warn that political ‘sniping’ by anonymous officials in Boris Johnson’s administration was damaging the Government.

Sir Mark Sedwill said that ‘demoralising’ criticism of civil servants and ministers had risen in the past few years. 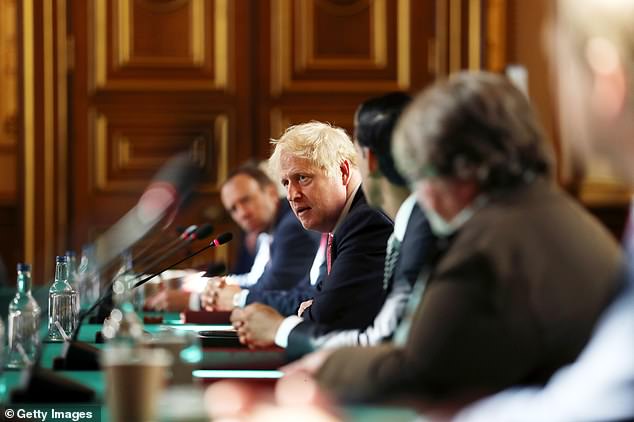 Sir Mark Sedwill has suggested the number of ministers in Boris Johnson’s Cabinet (above) should be reduced, to allow room for ‘genuine debate’

Sir Mark, who has been forced out as Cabinet Secretary following a power struggle with Dominic Cummings, said anonymous briefings were ‘damaging’ to the Government because officials need the support of their leaders.

But last night a Government source hit back, saying: ‘We have also seen an increase in leaking by civil servants in recent years, and that is even more damaging to Government.’

In a speech at Oxford University’s Blavatnik School of Government, Sir Mark said: ‘So any kind of anonymous briefings and sniping is demoralising for people.

‘It’s not completely unique but it has definitely risen in the last few years.’

Sir Mark, who revealed he had been shot at during his time as a diplomat, joked: ‘Political sniping is a regrettable feature of Government now but it is not as bad as the real thing.’

He said Mr Johnson and predecessor Theresa May had been ‘four-square in their support’ for the Civil Service when speaking on the record.

‘Having that political leadership offsetting some of the sniping that goes on is really important,’ Sir Mark added. 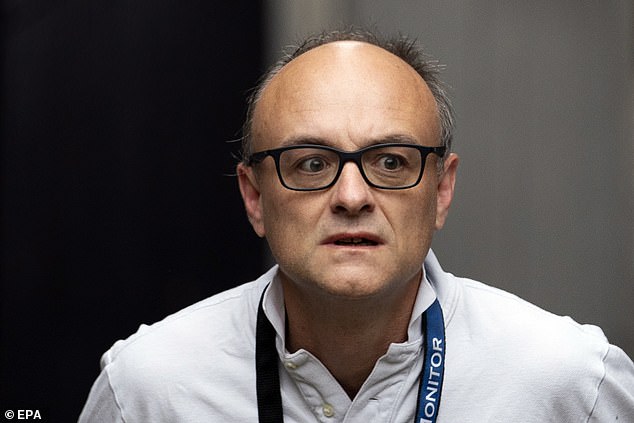 Sir Mark, who has been forced out as Cabinet Secretary following a power struggle with Dominic Cummings (pictured), said anonymous briefings were ‘damaging’ to the Government

‘There’s nothing more destabilising for a senior Cabinet minister to read a load of stuff in one of the newspapers about whether or not the skids are under them because of something that’s happened.’

It was the highest profile exit in a series that included former Home Office permanent secretary Sir Philip Rutnum, who accused Home Secretary Priti Patel of a ‘vicious briefing campaign’ against him.

Sir Mark said the string of departures should not necessarily be linked to the anonymous briefings. His successor is yet to be named.