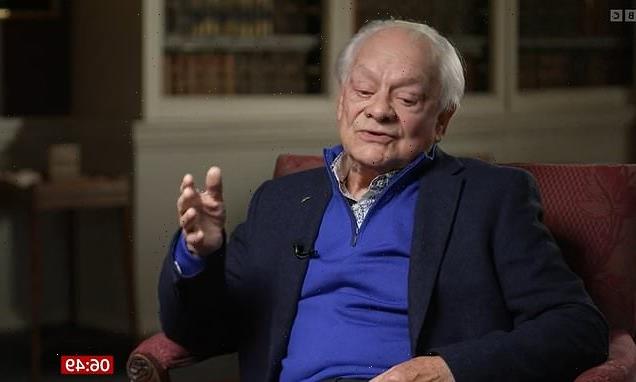 Sir David Jason has revealed he collapsed against a radiator and had to crawl ‘like a walrus’ across his carpet when he had coronavirus.

The Only Fools and Horses legend, 82, described contracting a ‘seriously bad’ bout of Covid-19 in July, which saw his muscles stop working, causing him to collapse.

However, Sir David was unable to get up because he was so weak and resulted to crawling across the carpet thanks to an idea he got from watching one of Sir David Attenborough’s shows.

Describing getting ‘creative’, the Del Boy star said he used his head to ‘drag’ himself along the floor like a ‘walrus’, in order to get help from his wife, resulting in carpet burns on his nose and forehead.

‘I got it seriously bad,’ he said in an interview with BBC Breakfast.

‘Because all the muscles weren’t working, I collapsed and I fell against the radiator. I was so weak, I couldn’t get up.’

Explaining that he had got up to go the toilet, he continued: ‘I crawled to the bed.

‘The muscles weren’t working and I used the bed to try and stand up so that I could go to where I wanted to get, and also get back into bed, and I couldn’t…

‘I tried for about a quarter of an hour, trying all sorts of things to stand up so I could walk about.’

Sir David, who also starred in the BBC sitcom Open All Hours, then said he had to get ‘creative’ because he was unable to move and got the idea to crawl like a ‘walrus’ from watching a Sir David Attenborough show.

He added: ‘My arms wouldn’t work and my legs wouldn’t work, so being a very creative and inventive person, I thought, how will I get from here to the door?

‘You know when you see a walrus if you watch David Attenborough, and they walk on land, they crawl on land? That’s what I did. 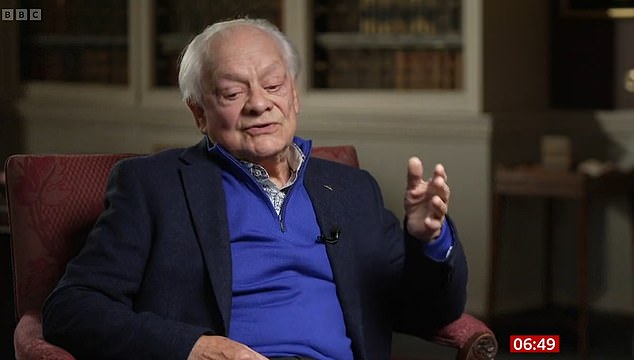 Only Fools and Horses legend Sir David Jason, 82, described contracting a ‘seriously bad’ bout of Covid-19 in July, which saw his muscles stop working, causing him to collapse 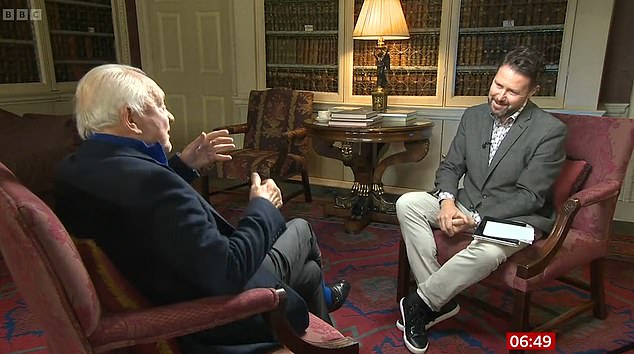 ‘But in order to do that, I had to use my head.

‘So just as I got to the door, the door opened… and it was my good lady wife and she managed to help me get back into bed.

‘But later on the next day, I got carpet burns all down on my forehead and across the top of my nose.’

Sir David has since recovered from the virus and is set to publish a book about Christmas, which will feature stories from the making of the much-loved Only Fools and Horses Christmas specials.