The blaze ripped through the 14th century building in Okinawa, burning the landmark to a skeleton. 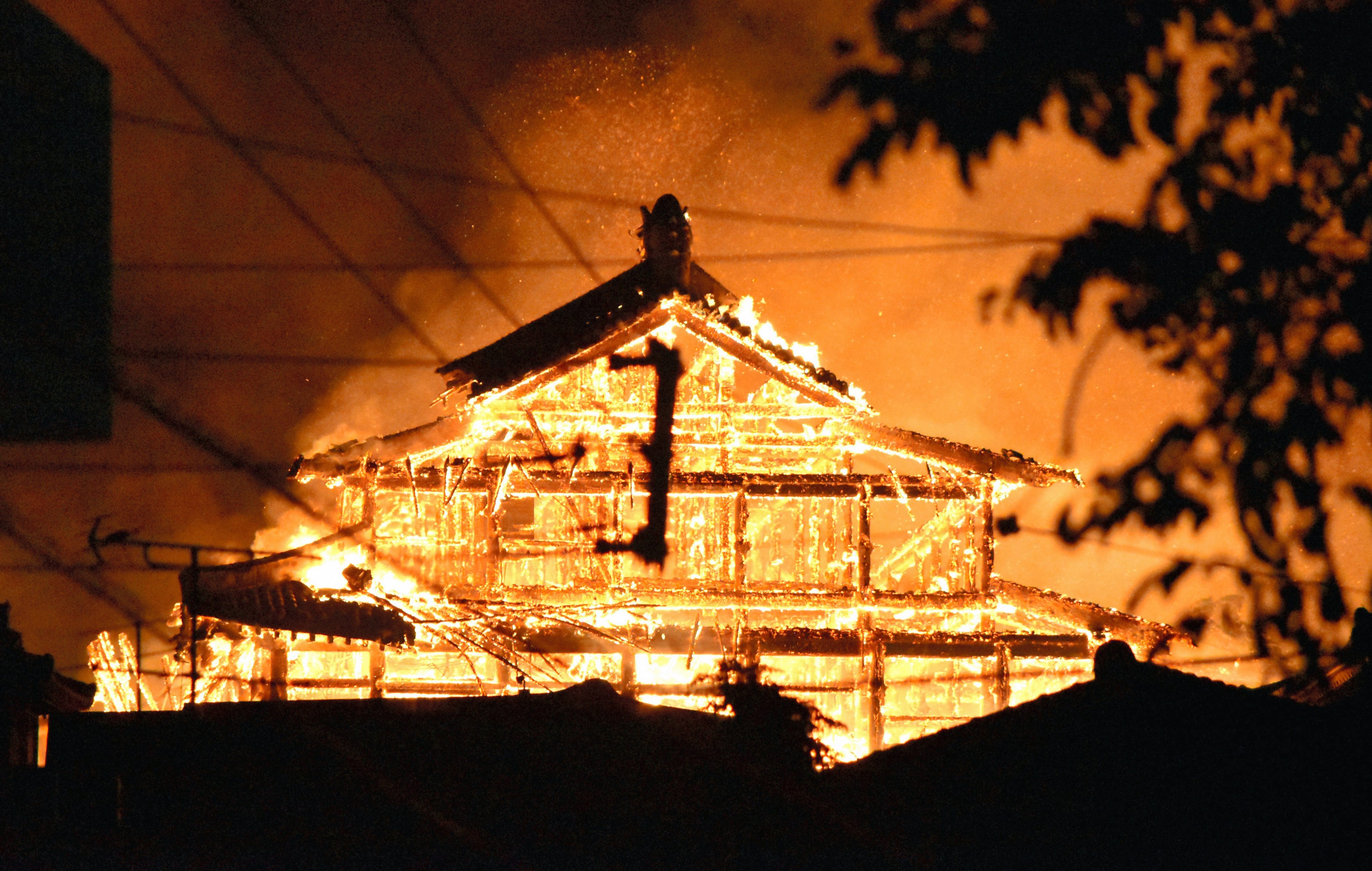 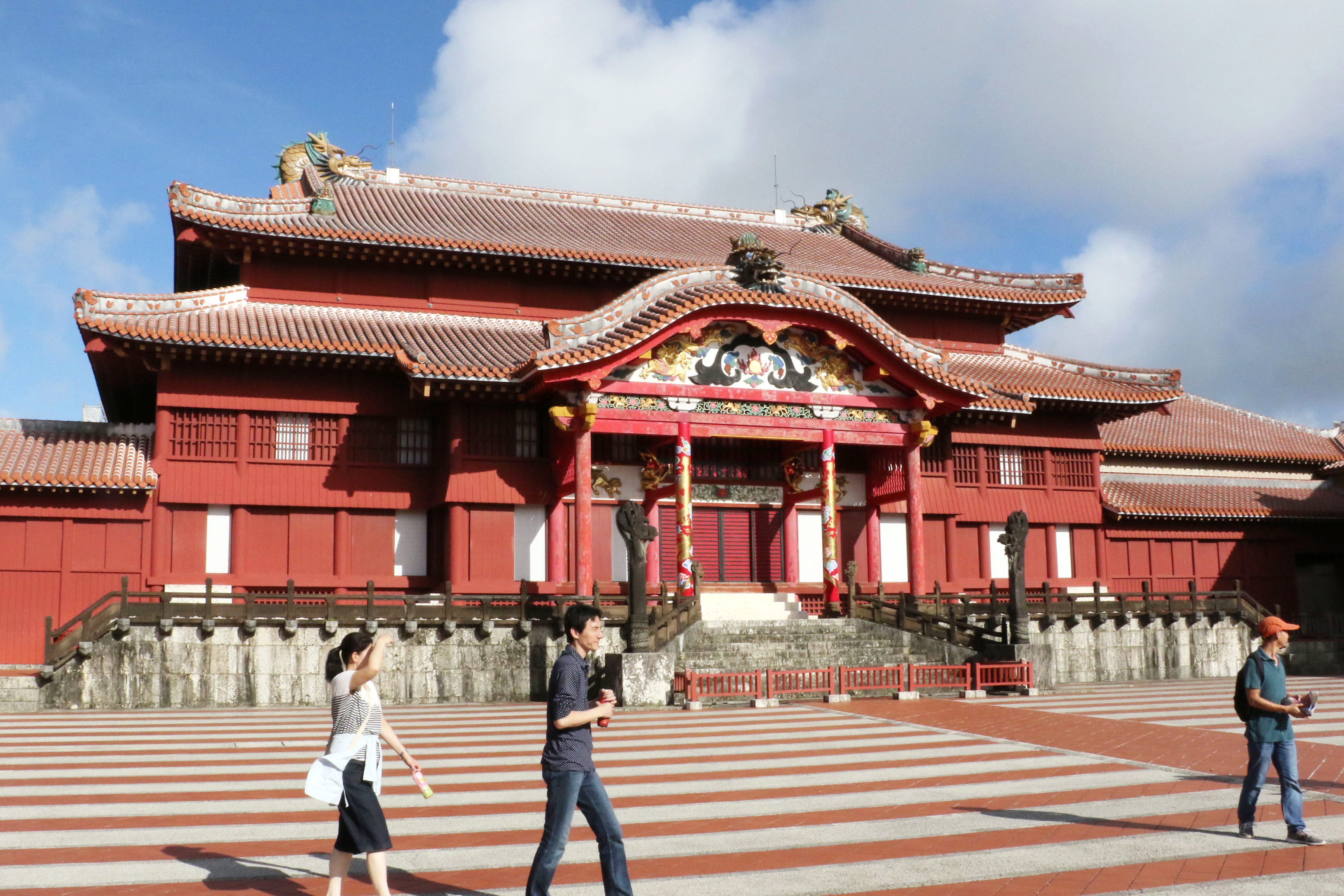 Firefighters on the southern island received the call around 2.47 am local time (5.40 pm GMT Wednesday).

They battled for more than ten hours as strong winds fanned the fire.

Dramatic pictures show flames engulfing the tourist attraction, which was in the middle of its annual mid-autumn festival.

It's still unclear what might have triggered the blaze, but no one was injured.

The wooden structure served as a campus for Okinawa's largest public university until the 1970s, and has been a popular tourist attraction since. 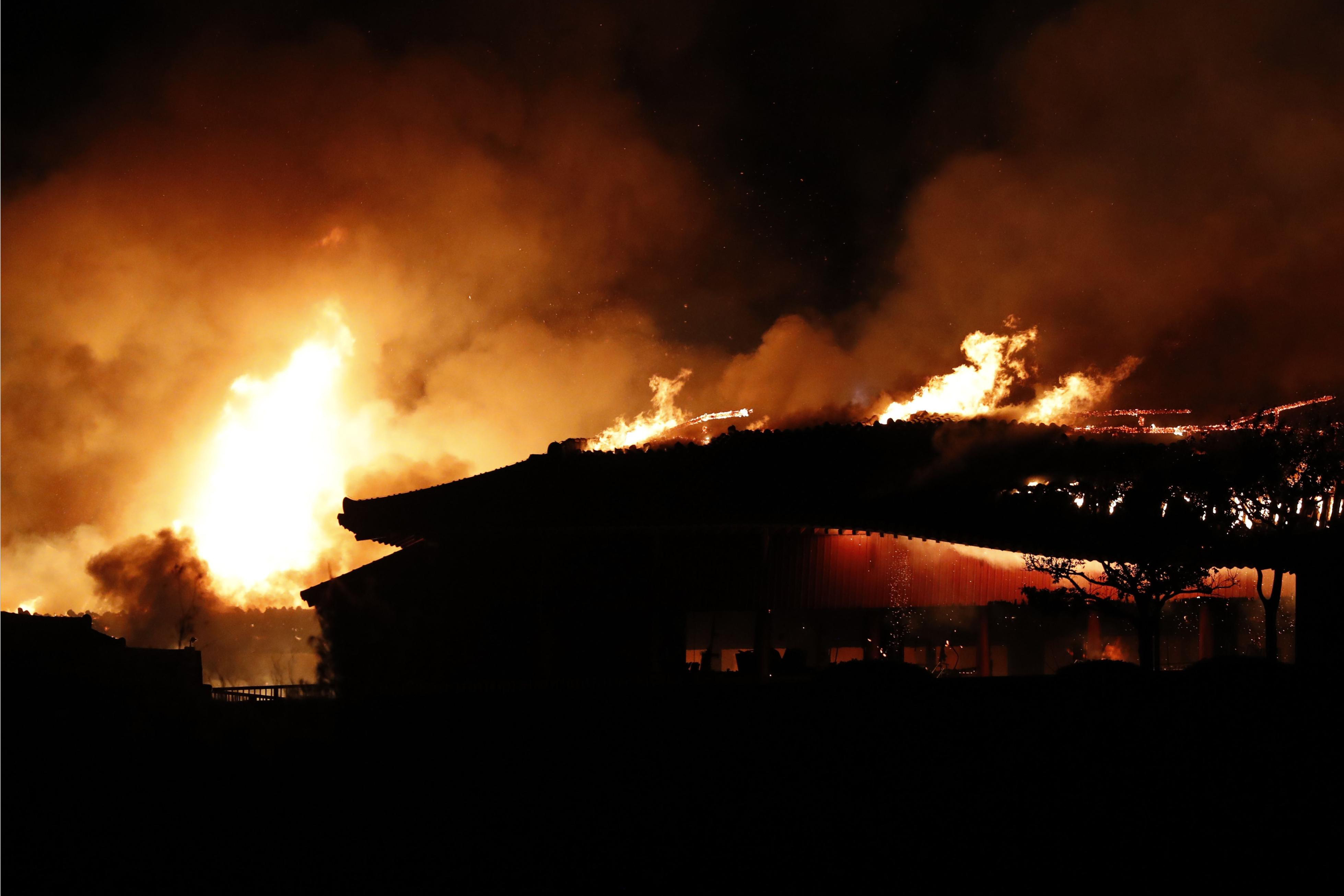 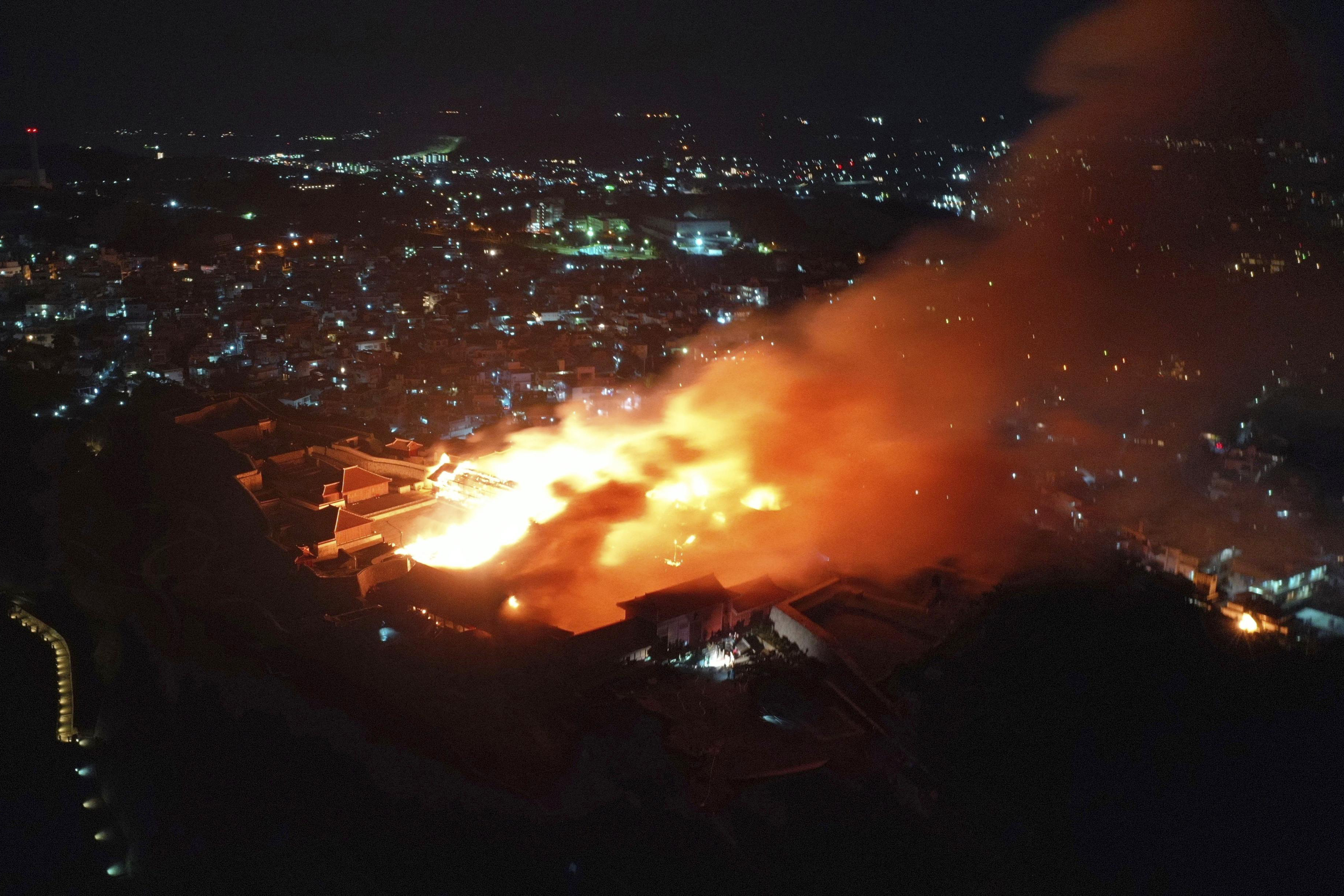 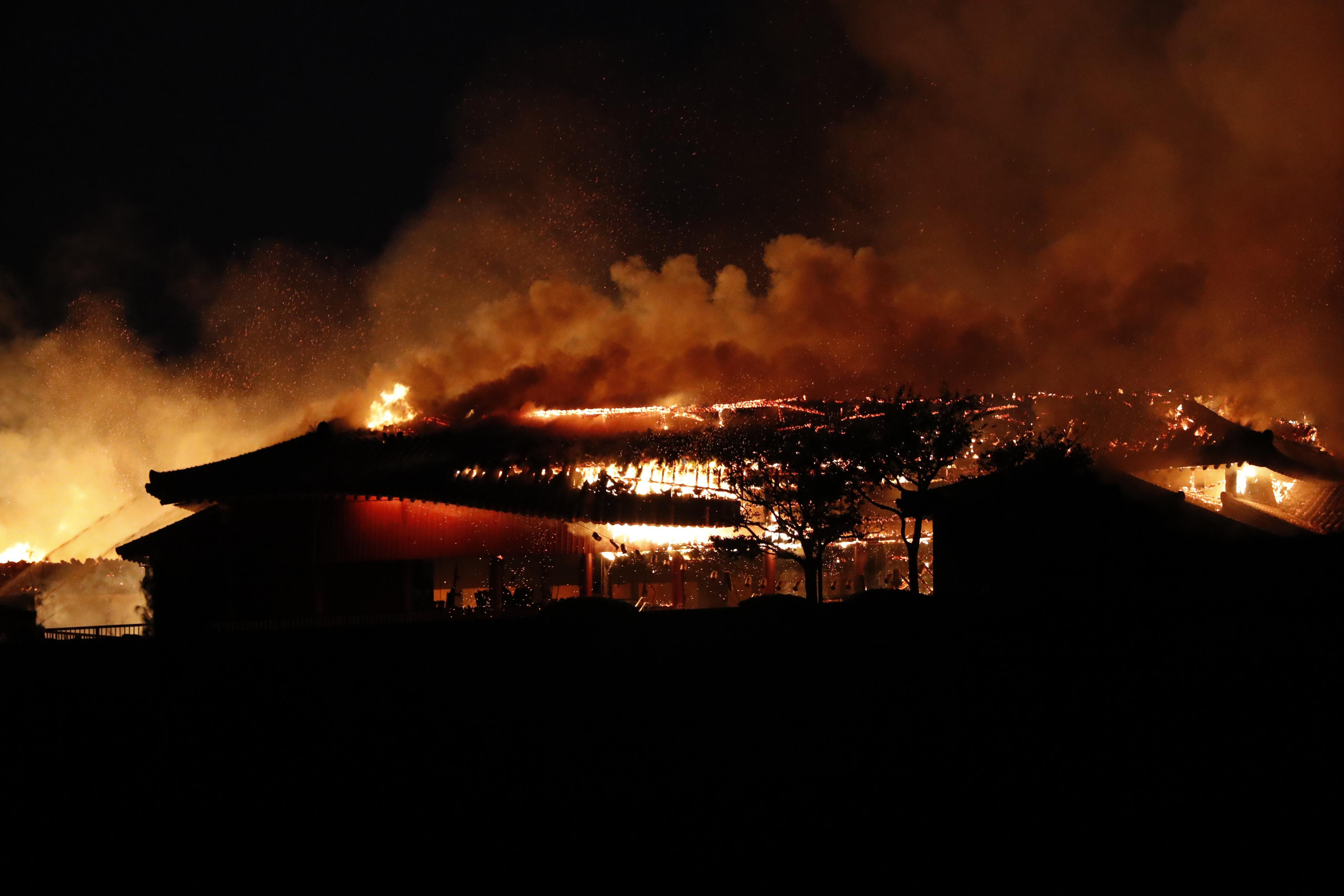 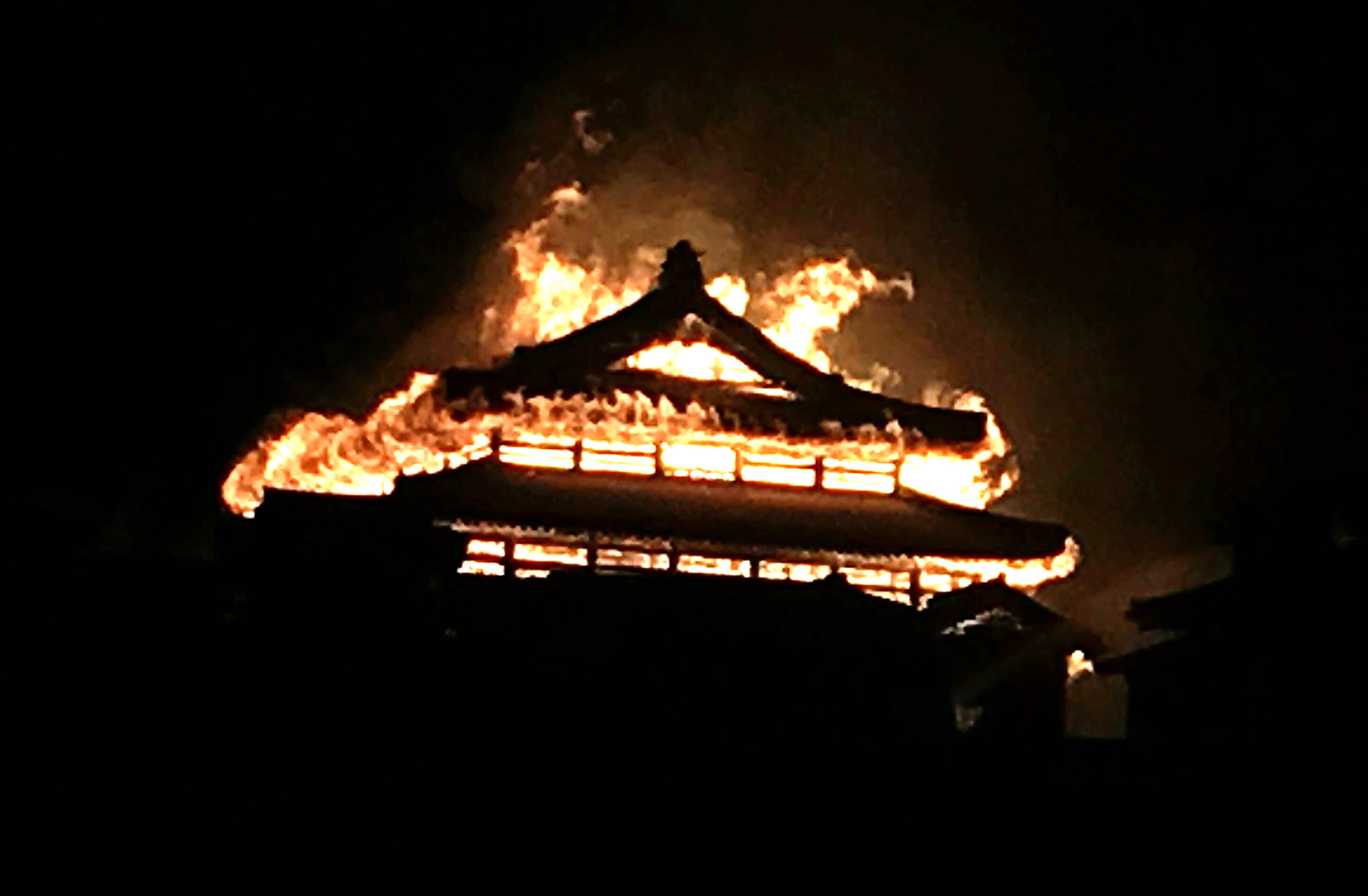 Shuri Castle, which was was once the seat of the Ryukyu dynasty, sits atop a hill overlooking the city of Naha – Okinawa's capital – and is surrounded by curved stone walls.

One resident said the castle was seen as "god-like".

Toyoko Miyazato, 84, told the Asahi Shimbun: "To us, the Shuri Castle is a god-like existence.

Built 500 years ago, the building was almost completely destroyed during World War Two.

The current structure is a reconstruction.

More than 100 firefighters were called to the scene, but one police officer said fire fighters struggled to contain the fire due to strong winds. 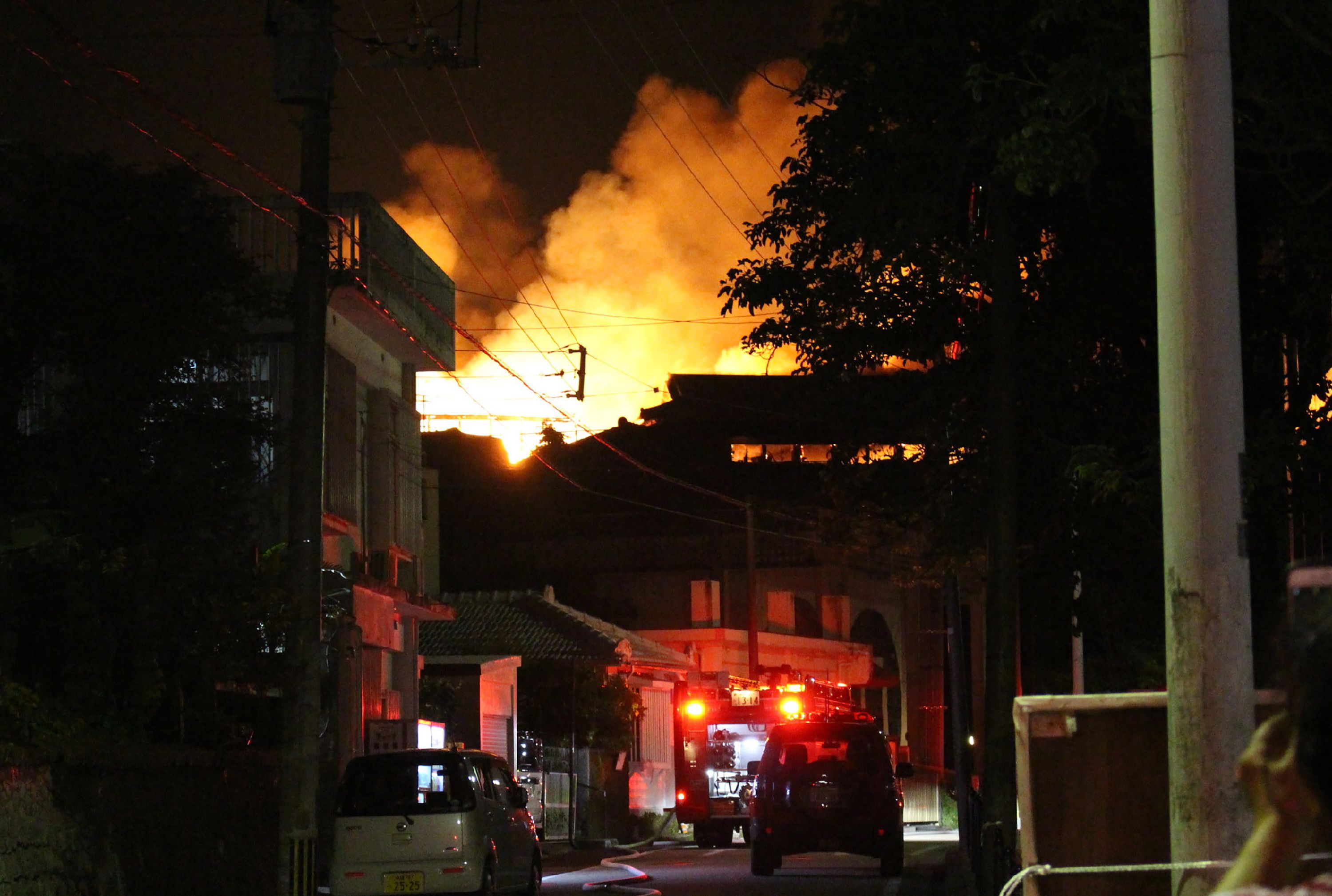 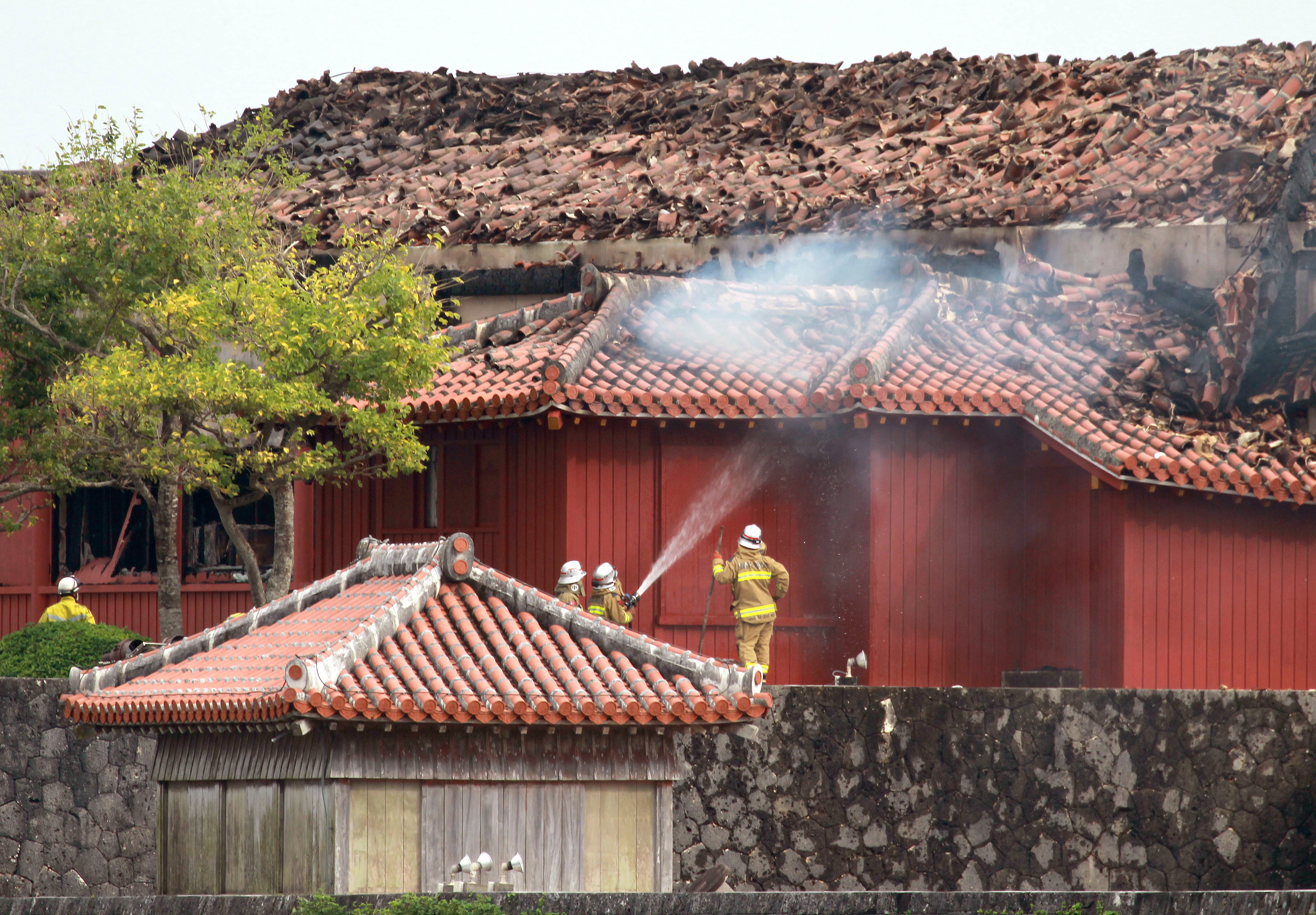 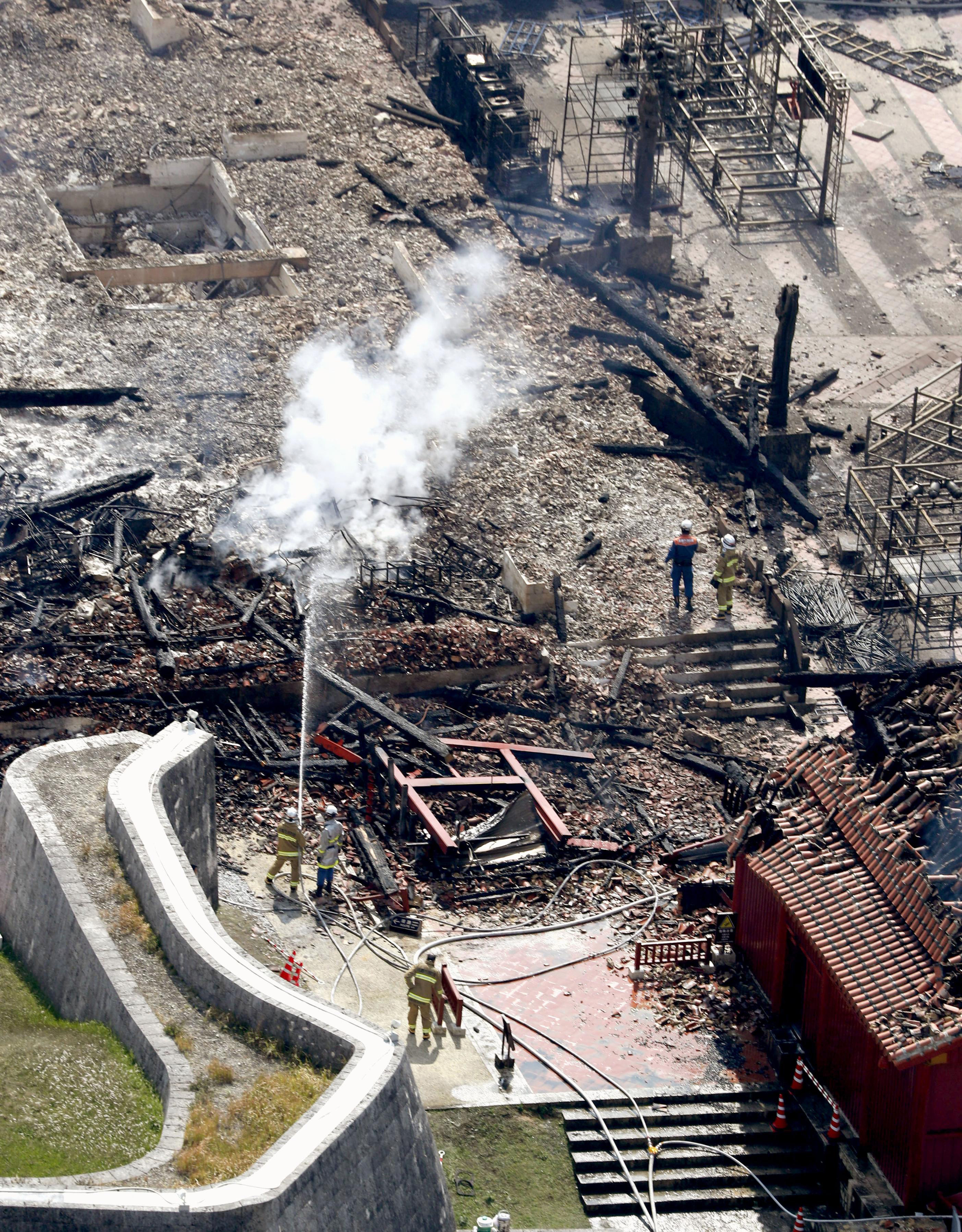 The unidentified officer told the Asahi Shimbun newspaper: "The many wooden structures and the [recently reapplied] lacquer may have also had an effect."

Shuri Castle was designated a World Heritage site in 2000 and was the site for the Okinawa Summit in the same year, appearing in commemorative 2000-yen notes.

It had been scheduled as a stop on the 2020 Tokyo Olympic torch relay route.