A hero shopkeeper was captured on CCTV chasing two shotgun-wielding robbers from his shop with a cricket bat.

Tony Bangar, 49, was working at the Lifestyle Express store in Walsall when two thugs charged into the shop and demanded money from the till.

CCTV footage captured in the shop shows the moment two men approach the counter with a shotgun pointed at Bangar.

They edged too close to the shopkeeper though who then grabs the weapon to stop it being fired. 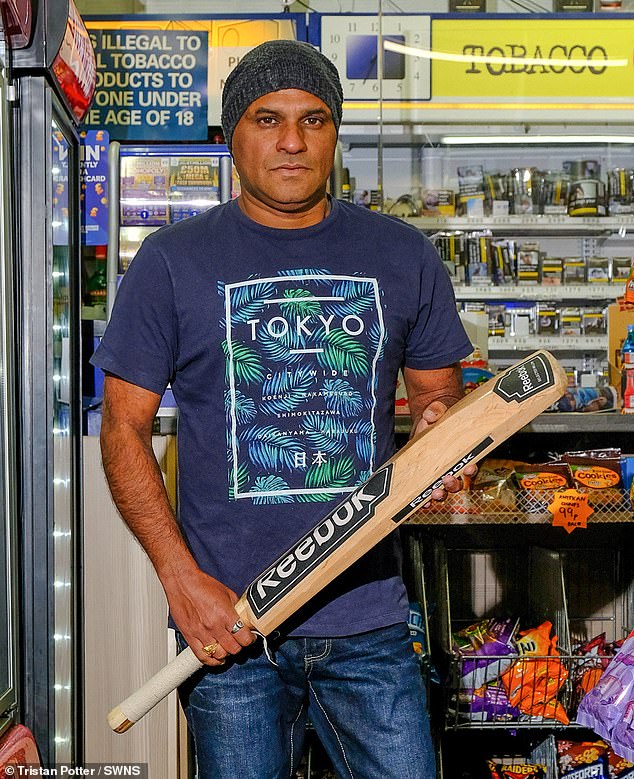 Tony Bangar, 49, was working at the Lifestyle Express store in Walsall when two thugs charged into the shop and demanded money from the till 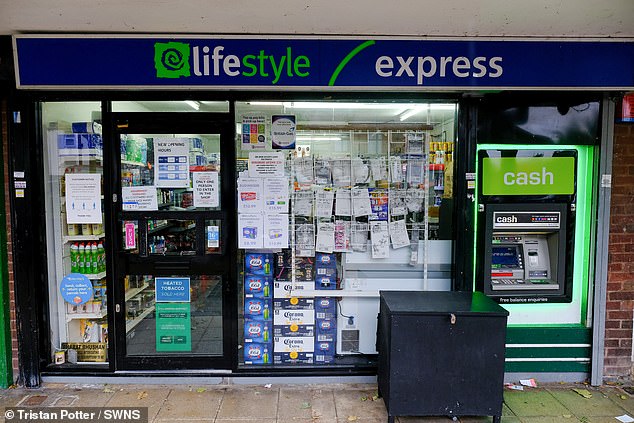 Bangar then grabs a cricket bat that he had left on the counter after playing at the park with his kids and chased the attackers out of the store, which he has run for the last 12 years.

Jordan Cattell, 22, and Lewis Crutchley, 23, have since been jailed for a total of 10 years following the raid earlier this year on March 24.

Father-of-three Bangar said: ‘I wasn’t going to let them get away lightly, I’ve worked hard to build this business but to be honest I just acted on instinct.

‘My wife and three children were upstairs at the time and I knew I had to protect them, I know it was very risky tackling a gunman like that.

‘The two guys came inside and I told them only one person was allowed in at the time due to Covid-19. 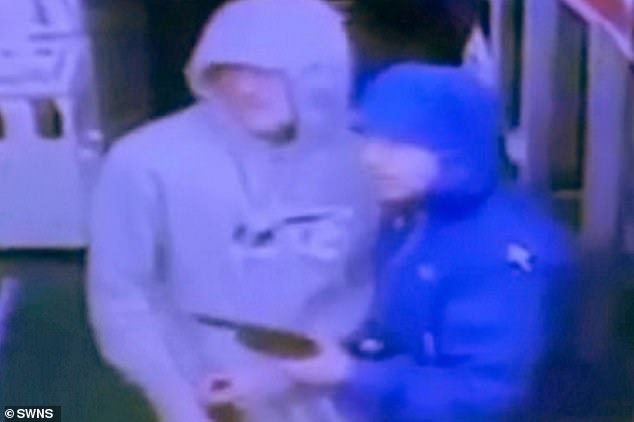 The two robbers approach the counter, pointing their .410 gauge shotgun at Bangar, after entering the store 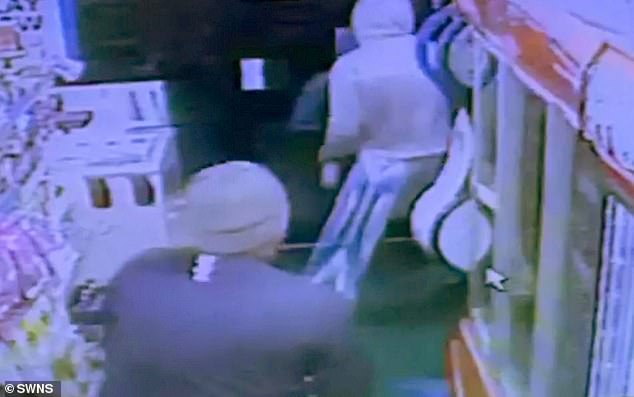 ‘But then the guy took out a shotgun from his trousers. Straightaway I grabbed the barrel of the gun and he was not expecting this to happen.

‘He tried to try to pull the trigger but he could not do it because I was grabbing his hand – with my other hand, I took the bat from the counter.

‘At that point they mustn’t have fancied their chances, despite the fact they had a gun, and they ran away with me chasing them out the store.

‘In the meantime, my son came from upstairs and he called the police. It was all over within two minutes.

‘Because it was closing time there was only £40 in the till. I don’t know why I did it over just £40 really but I just reacted. It was all over so quickly.’

Bangar also said that as a result of the attack, his children are afraid of being in the shop and his wife Bidue no longer wants to be in it alone.

Wolverhampton Crown Court had heard how Cattell and Crutchley targeted Bangar’s shop after having earlier threatened a pedestrian.

Both men had been drinking that day and went out with the .410 gage shotgun with the ‘intention of acting tough and taunting people’.

The thugs were arrested at a flat on Brownhills High Street where the weapon was recovered having been previously stored a canal tow path. 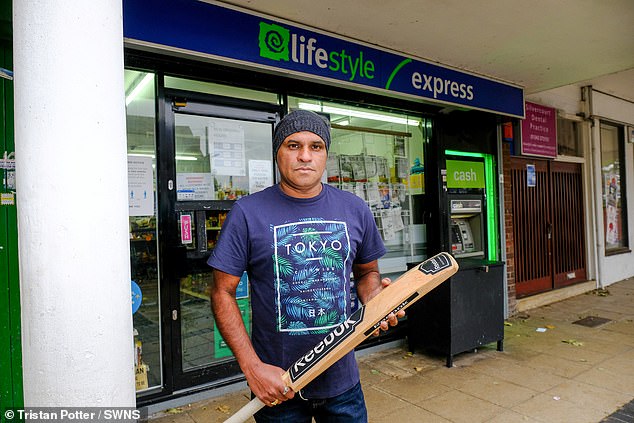 Crutchley, of Perry Barr, Birmingham, was also jailed for burgling a widow’s home in January where her pet dog and necklace bearing her husband’s ashes were stolen.

He was jailed for seven years and nine months after admitting two counts of possessing a firearm with intent to cause fear, possession of a bolt action shotgun and burglary.

Cattell, of no fixed address, was caged for six years after he pleaded guilty to two counts of possessing a firearm with intent to cause fear and possession of a shotgun.