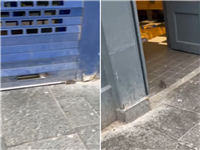 THIS shocking video shows a rat running into a Glasgow Greggs store.

Cleansing workers were horrified as they spotted a number of rodents scouring for food near bins on Saracen Street, Possilpark. 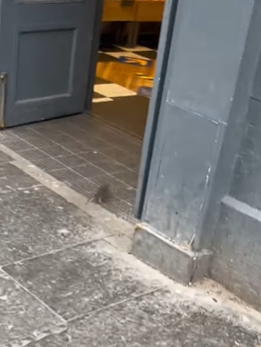 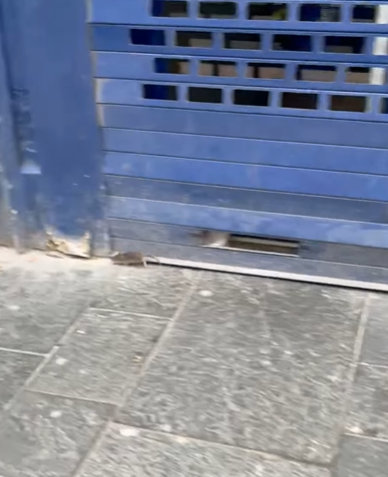 Greggs confirmed that the Glasgow bakery had been temporarily shut so it can be given a deep clean before reopening tomorrow.

Meanwhile, Glasgow council chiefs said they are aware of the pest problem in the area. They added that they are currently working to bring the infestation under control.

In footage taken by one of the binmen in Possilpark, a rat could be seen scuttling into the Greggs store.

Waste staff then warned workers in the bakery that the vermin had made its way into the store before disappearing.

Greggs employees refused to believe the binmen at first and thought they were on the wind-up.

After becoming convinced they were telling the truth, one eatery worker could be heard saying: "I'm f***ing sick of this.

A senior union member warned that Glasgow is currently in the midst of a major "waste crisis" due to significant government cuts over the past decade.

Chris Mitchell, GMB's convener for cleansing workers, warned that the city is at "crisis point" after a rise in vermin on streets during the Covid pandemic.

He told The Scottish Sun: "We've been highlighting these issues for the past year, regarding the Glasgow waste crisis. 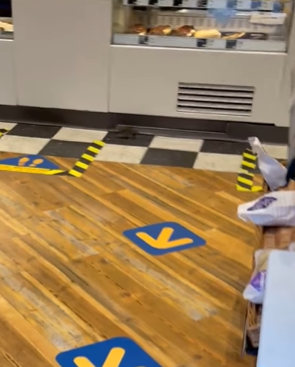 "Problems with rats have been on the rise during the pandemic due to hospitality being shut. Weil's disease, which you can catch from rats, is a killer.

"We've got COP26 coming here and we've got the Euros. That's fine, but you can't expect us to pick up the pieces. We pride ourselves on the cleanliness of our city. Glasgow is a beautiful city – we want to showcase ourselves.

"The existing workforce are carrying the can for cuts. It's becoming a public health crisis. Unfortunately it's got to a stage where we're at crisis point and we're looking for help. This is becoming an absolute nightmare for our workers.

"I've got to give them praise – they're doing their civic duty for Glasgow."

A spokesperson for Greggs said: “We are aware of this pest issue in the surrounding area. We take all food hygiene issues very seriously and took the decision to close our shop at Saracen Street, Glasgow whilst the site undergoes a deep clean. We expect to reopen the shop from tomorrow.”

A spokesman for Glasgow City Council said: “Like any city, Glasgow has a population of rats that will be drawn to sources of food often found in poorly maintained bin courts and other areas.

“We are aware of an issue with rats in this part of Saracen Street and we are liaising with the local housing association to ensure the infestation is dealt with properly.

“The health and safety of our staff is an absolute priority and we are very clear that we do not expect our general cleansing staff to enter areas of infestation.

“If our cleansing staff encounter an infestation of rats then we expect them to leave the location immediately and report back to their supervisor so that appropriate remedial action can be taken.

“The supervisor will then liaise with our public health team who will work with owners or factors to address the problem. The maintenance of bin courts within private property is a matter for the owners and their factor.

“While pest control treatments are implemented in this area of Saracen Street, bins will be placed on the street for residents to use so that our staff do not have to enter the areas of infestation.”