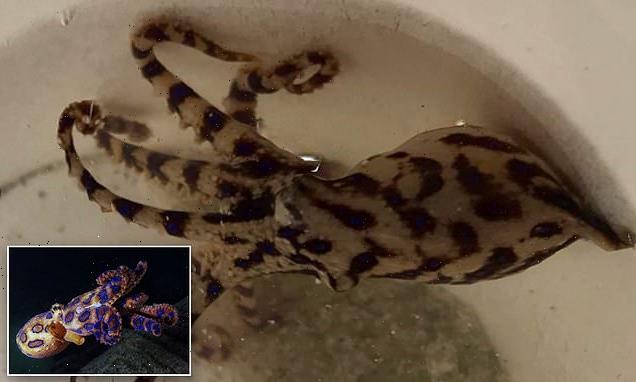 A beachgoer has survived a deadly encounter with a deadly blue-ringed octopus after finding one lodged inside of her bathers after going for a swim.

Lisa Bryant had been swimming at South Beach in South Fremantle, south-west Perth, when she made the shocking discovery on Thursday.

A 7cm blue-ringed octopus was emerging from a shell that she had placed under her bathers for safe-keeping moments earlier.

The quick-thinking local trapped the creature in a coffee cup and relocated it away from other swimmers, but not before taking a photo of it.

A blue-ringed octopus bite has venom strong enough to kill over 20 humans despite the sea creature being small and usually measuring around 8cm in length. 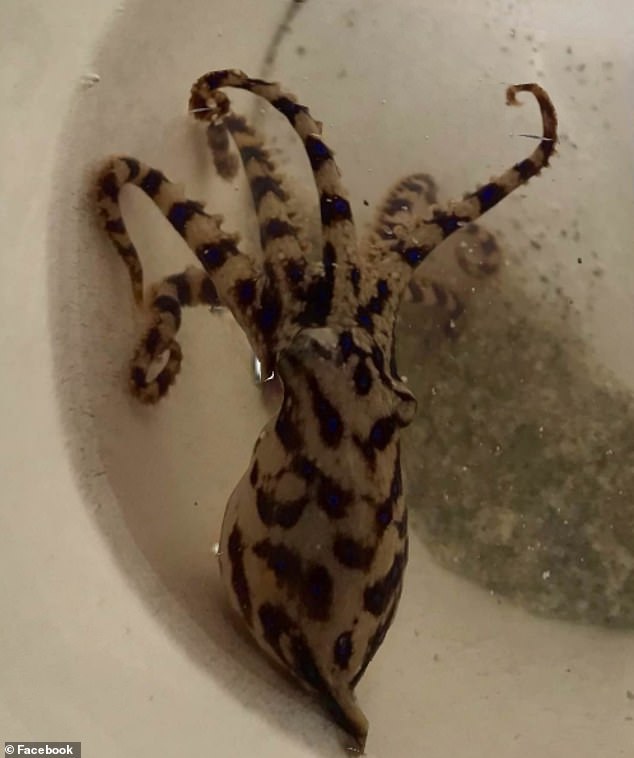 Lisa Bryant was luckily unbitten by a blue-ringed octopus (pictured), found in her swimmers crawling out from a shell she’d found from South Beach in Perth’s south-west

Ms Bryant frequently collects shells and puts them under her swimmers, claiming she always shakes them to make sure there was nothing inside of them.

She did not see the octopus until about 20 minutes after when she started to feel the shell irritate her.

‘If you’re swimming around South Beach don’t be tempted to souvenir any shells from the sea bed,’ Ms Bryant wrote in a Facebook post.

‘[I] retrieved said shell and out flopped a blue ring octopus- my lucky day.’

According to the Department of Biodiversity, Conservation and Attractions, a bite doesn’t cause any pain and marks can often be hard to find.

‘I had a quick look to see if there were any marks and I had a little scratch,’ Ms Bryant told Perth Now.

‘I started to freak and everybody on the beach was freaking out and telling me to go to the hospital.’ 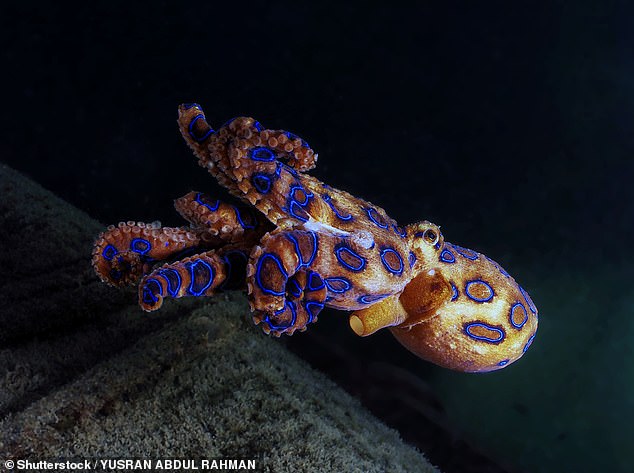 The venom, called tetrodotoxin, induces paralysis, slowing down the body to a point at which they will not be able to breathe and not get enough oxygen.

There is no antivenom for tetrodotoxin, with victims of a bite only able to outlast the toxin on a ventilator until it’s effects subside.

While there is serious danger, there have only been a handful of confirmed casualties from a blue-ringed bite as the creatures are more likely to hide in small crevices instead of attack.