THIS is the shocking moment a masked gang stormed a house armed with bats, axes and machetes in a broad daylight attack.

Footage shows at least a dozen thugs swooping on leafy village Church, Lancs, before unleashing into the rampage. 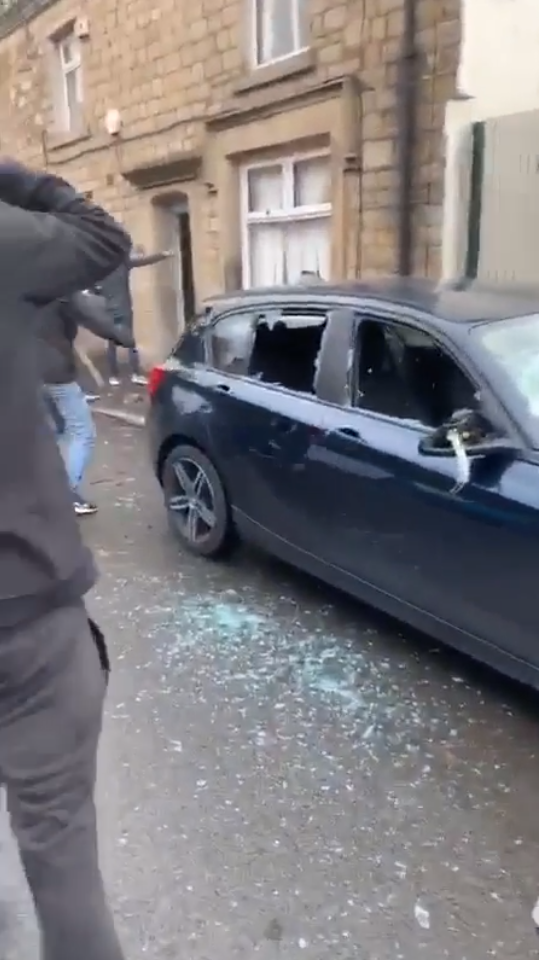 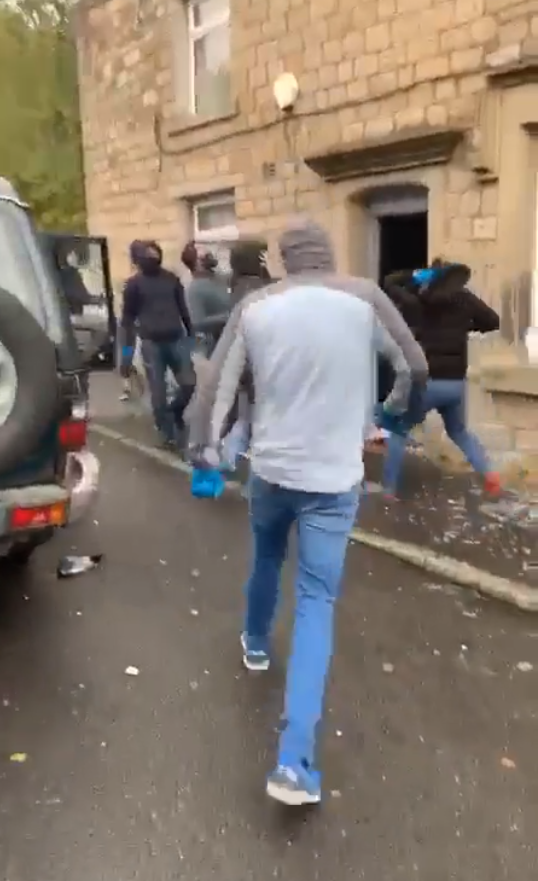 The front windows of the detached home were shattered in the carnage yesterday afternoon.

A BMW was also damaged by yobs brandishing planks of wood, who had swarmed the home in several vehicles.

Footage filmed inside the house shows screaming thugs jumping on the furniture as one smashes a flatscreen TV with an axe.

It is not clear why the home was targeted and whether anyone was inside at the time.

The video has since been viewed more than 20,000 times since it was posted on Facebook yesterday.

Lancashire Police confirmed the incident was "isolated" and said three men, aged 26, 27, and 35, have been arrested on suspicion of aggravated burglary.

A spokesperson said: "It was reported a number of men had vandalised two cars, a Peugeot and BMW, before smashing the windows of a house.

"The group then forced their way inside the address before damaging further property including a television, ornaments, walls and rear windows.

"The men made off from the scene in four vehicles.

"No injuries were reported.

"An investigation is under way and enquiries ongoing. It is being treated as an isolated incident and offences of this nature are rare."

Anyone with information is asked to call police on 101 quoting log 0714 of October 13. 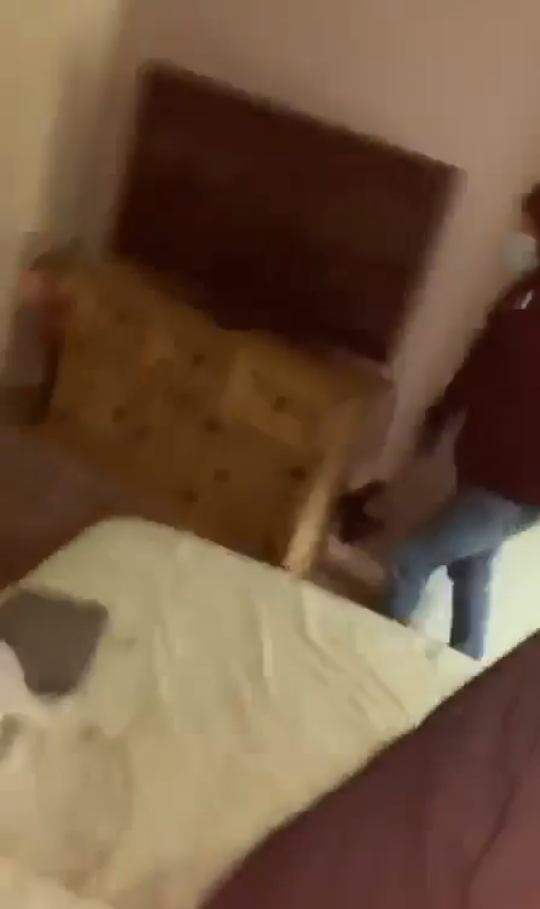 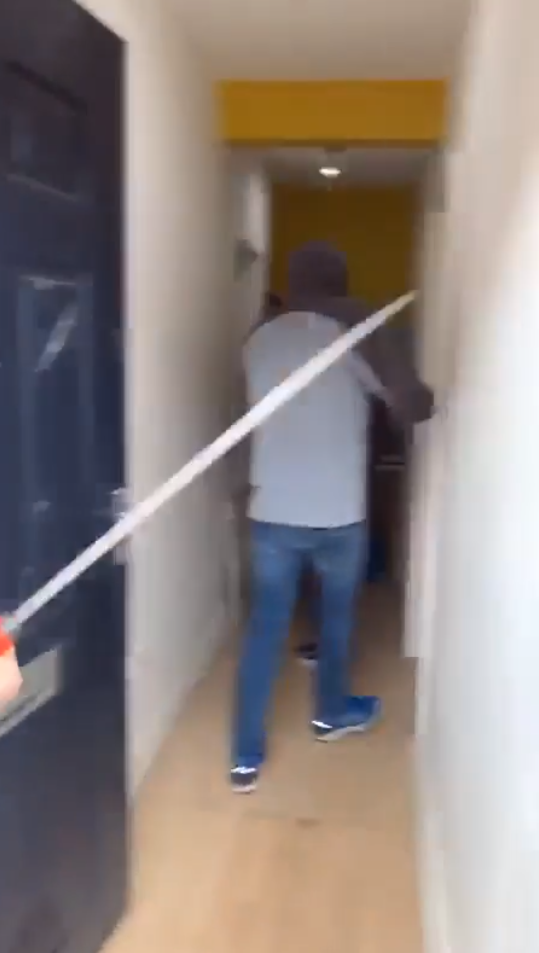 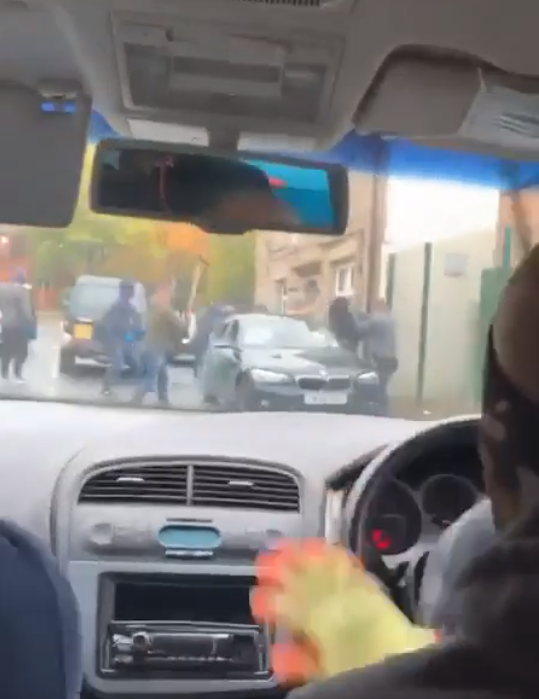