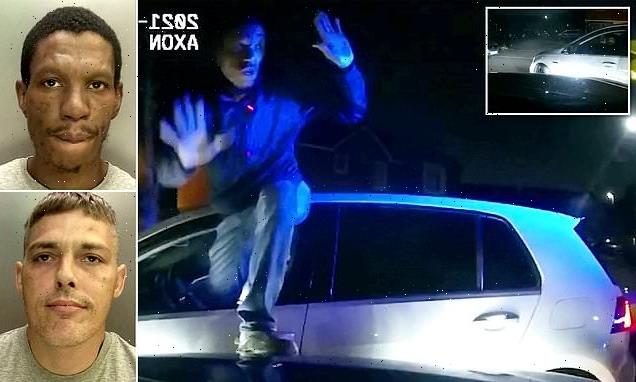 This is the shocking moment two carjacking thugs repeatedly ram into police cars during a dramatic chase before being arrested by taser-wielding officers.

Seymour hit the vehicle owner over the head with a baseball bat, leaving him with cuts, before jumping into the vehicle with Wallcroft and driving off.

West Midlands Police officers tracked the vehicle less than an hour later to nearby Old Moat Way before trying to box in the car along the cul-de-sac.

Dashcam video shows Seymour making a desperate attempt to drive away as he rams into two police cars and a parked vehicle.

He eventually surrendered as officers moved in but his passenger Wallcroft tried to flee the scene on foot before before he was chased down by officers.

The pair were jailed for a total of 14 years at Birmingham Crown Court. 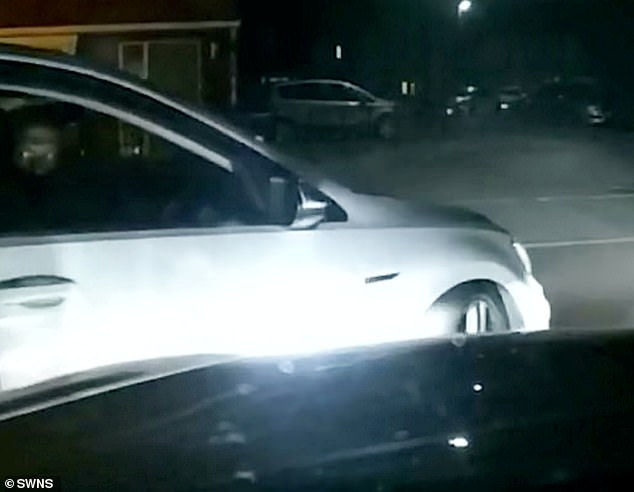 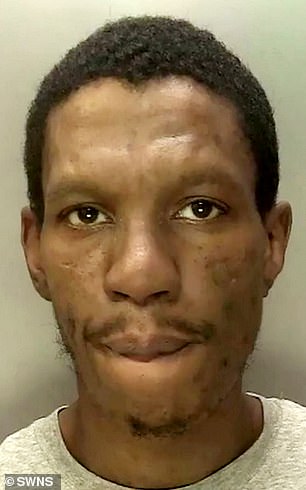 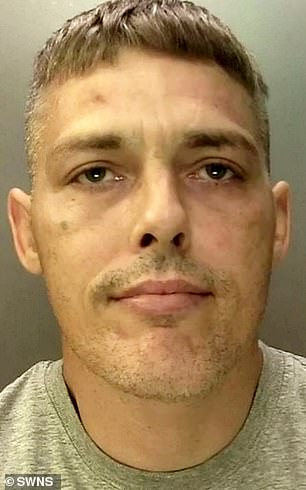 Wallcroft, of no fixed address, pleaded guilty to robbery and possession of a Class B drug after he was found with cannabis.

He was on a suspended sentence for burglary at the time meaning he was jailed for seven years and nine months at Birmingham Crown Court last Tuesday.

Seymour, of Handsworth, Birmingham, admitted robbery, having an offensive weapon, dangerous driving and being disqualified.

He was jailed for seven years.

DC Jennifer Horobin, from force CID, later said: ‘This was a nasty carjacking which left the victim needing skin glue to seal cuts to his head.

‘Seymour and Wallcroft worked together to steal the car but we were able to act quickly to trace the Golf.

‘Seymour had nowhere to go once in the cul-de-sac but was prepared to try and force his way through by ramming police vehicles.

‘Fortunately our officers were not injured and quickly focussed on arresting the pair so they could be brought to justice.’