This is the shocking moment a young bull collapses from exhaustion after being used to train French children and teenagers at a bullfighting school.

Disturbing footage, taken by animals rights group One Voice, shows the animal collapse onto its knees before being grabbed by the horns and dragged back onto its feet.

Animal rights activists are calling for French bullfighting schools to be banned, and claimed that children as young as six are allowed to attend them.

Calling for an end to the sport, they said that taking part from a young age could affect the development of empathy in young people. 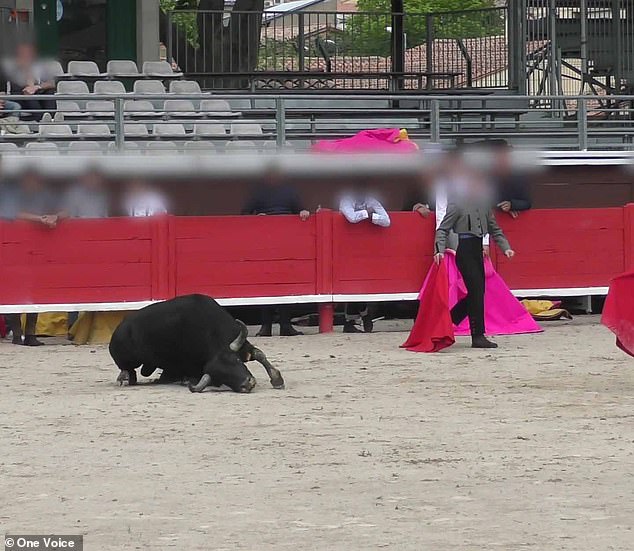 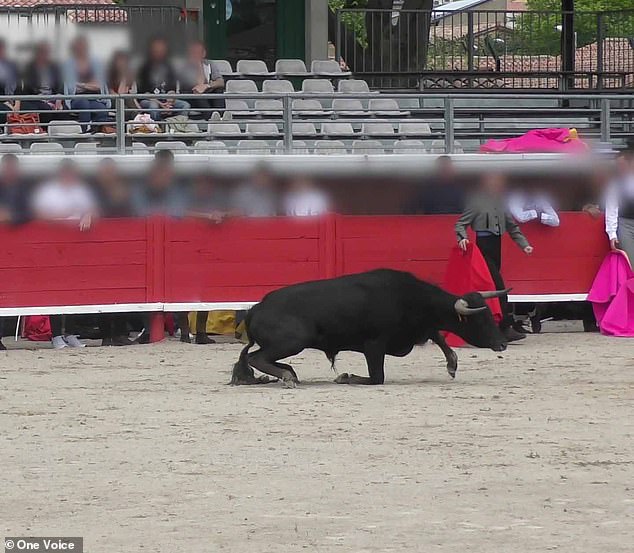 The disturbing clip was published by animal rights group One Voice which is calling for all bullfighting schools to be closed, where children as young as six can attend 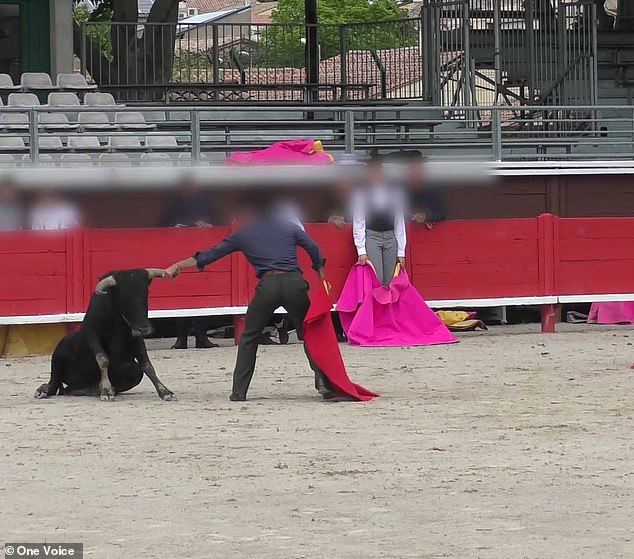 The horrifying clip shows the bull chasing a red sheet before stumbling over and slamming into the floor.

It tries to get back up, but collapses back onto the sand.

Two men then come forward and grab the bull by its horns to get it back up, while another two push its body.

A fifth man is then seen holding onto the bulls tail.

Another shocking clip from the French school show a man walking towards a bull holding a red sheet in one hand, and the a young child by the arm in a second.

‘All our images show the true face of bullfighting in France,’ said One Voice in a statement.

‘We teach insensitivity to the suffering of the other from the youngest age.’ 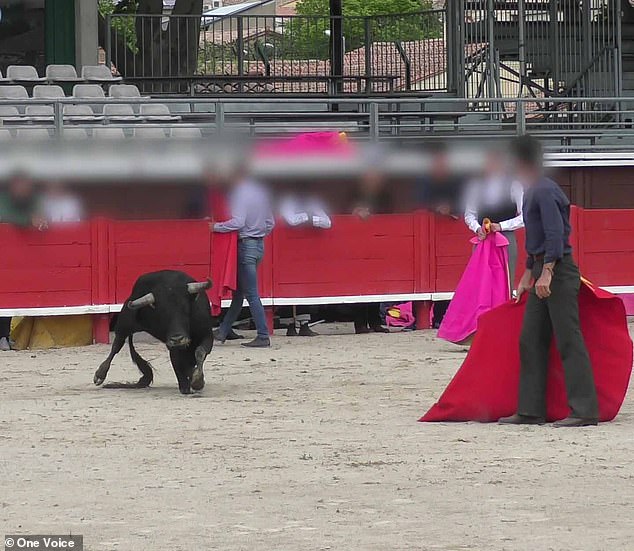 The bull was also seen stumbling. One Voice said in a statement: ‘All our images show the true face of bullfighting in France’ 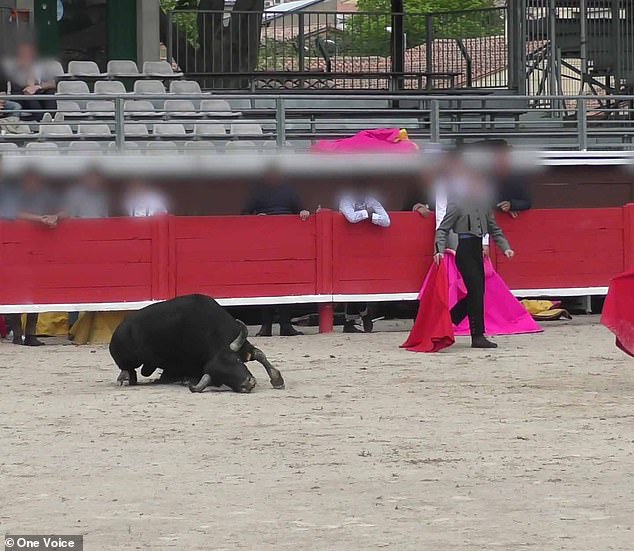 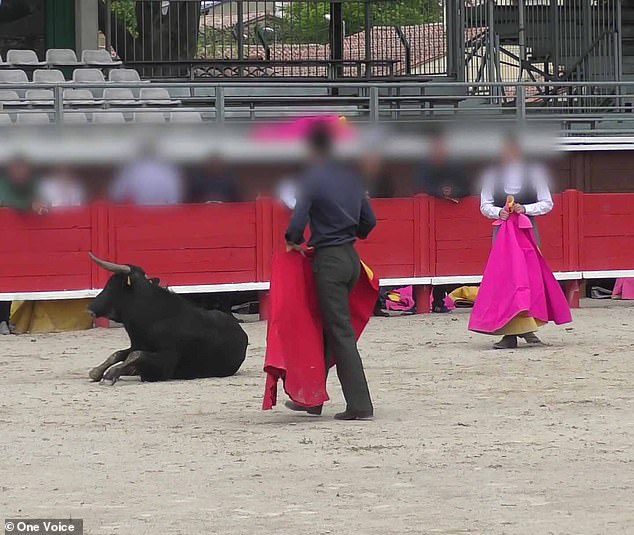 The UN called on Spain to ban children from attending bullfights last year, saying it could have ‘damaging effects’, and advised that attendees should be at least 18 years old

They also claim that a mother whose son went to the school told them in a statement that, after killing a bull, her child did not return for a year.

There are at least five bullfighting schools in France, including one in Nimes that One Voice investigated seven years ago.

Last year the United Nations called on Spain to ban children from attending bullfights, arguing that exposure to the violence can have ‘damaging effects’.

Members of the Committee for the Rights of the Child recommended that people should be at least 18 years old before attending one of the schools.

There are an estimated 55 bullfighting schools in Spain.

The video was published online on Thursday.